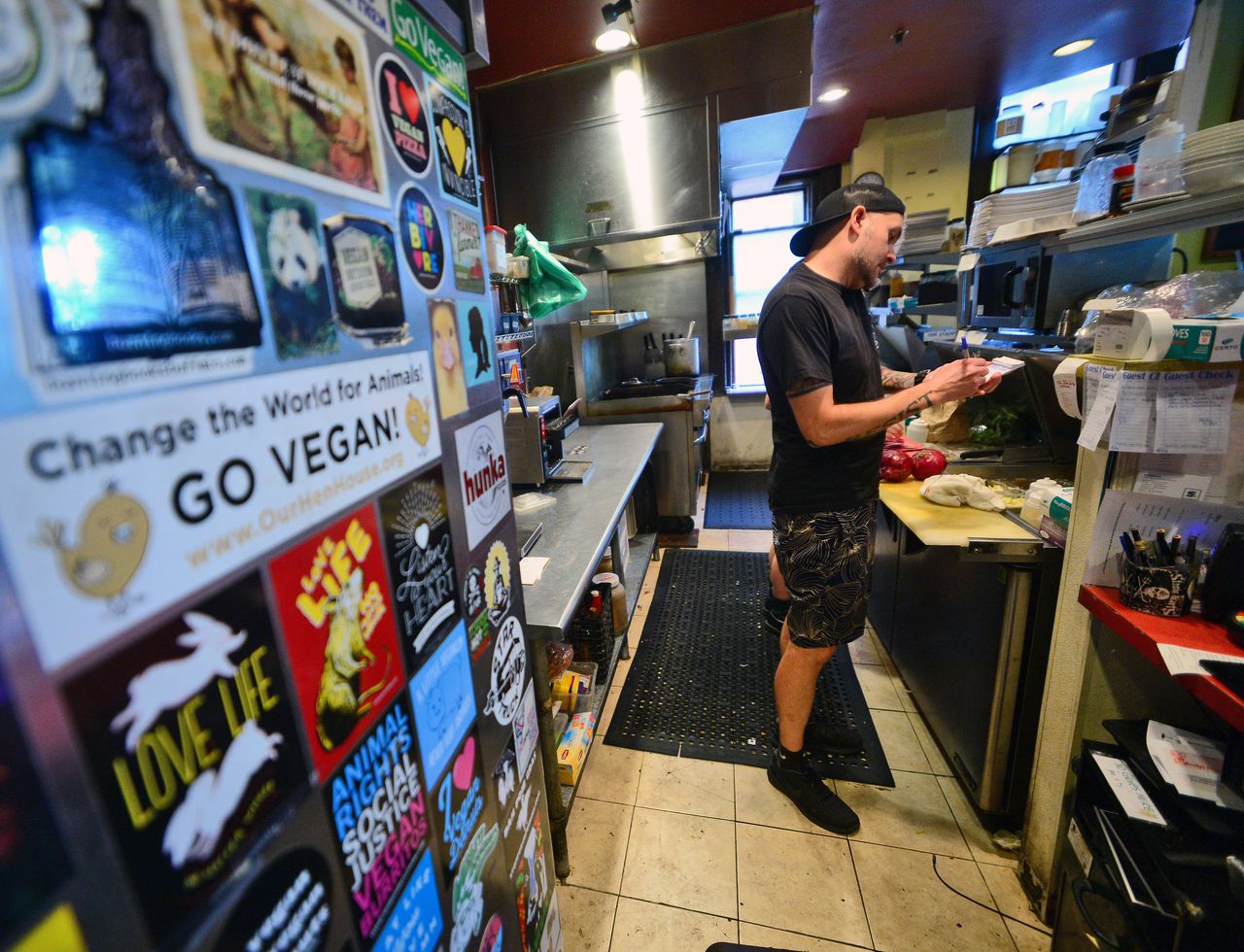 Syracuse, N.Y. — For 12 years, the little café at 719 E. Genesee St. has won accolades and built a loyal following as one of Syracuse’s first all-vegan dining spots.

Today, June 24, Strong Hearts Café closes its orginal location in preparation for a move to a new location nearby.

The reopening date at 900 E. Fayette St. has not yet been announced but it’s likely to be within the next few weeks.

Owners Joel Capolongo and Nick Ryan first announced the planned move to the spot just a few blocks from the original location in 2018, with hopes to complete it in 2019.

That was delayed, and now they find themselves making the transition in the midst of the coronavirus pandemic. They close at 8 p.m. today.

“It’s bittersweet, but mostly sweet,” Capolongo said today. “We feel like we were really ahead of the curve in 2008, when we had to explain to a lot of people what vegan even meant. It’s a lot different in 2020 than it was in 2008.”

But the cafe had long since outgrown its space, both in the kitchen area and the dining room, Capolongo said.

It’s expanding from 800 square feet to 3,200 square feet total, and will be able to seat 65 people inside and 12 outside, more than double the current capacity. The new location is in a new addition built adjacent to the historic Sylvester Building, which has undergone an extensive renovation into a combined residential/retail development.

The menu will be revised and expanded, but will retain familiar favorite food items (and its popular vegan milkshakes), Capaolongo said.

On its last day, Strong Hearts touted a limited menu that included a Reuben (made with wheat gluten-based seitan instead of meat), a ‘Chicken’ Salad Sandwich, the Beyond Bleu Burger, Thai Tofu Salad and a Grilled Portobello Salad. All vegan, of course.

Capolongo and Ryan met each other in the 2000s through their mutual interest in animal rights — and at many animal rights protests. Both had adopted vegan diets.

Although they had limited cooking or restaurant experience, they opened the original Strong Hearts on May 21, 2008 and later added a location inside Marshall Square Mall on Marshall Street near Syracuse University. The Marshall Street location will remain open during the transition and stay open beyond that, Capolongo said.

Both have had good takeout business since the coronavirus pandemic and the resulting dining room shutdown, he said.

In 2017, the activist group People for the Ethical Treat of Animals (PETA) named Strong Hearts one of its Top 10 places in America for “vegan sweets,” partly on the strength of its menu of 40-plus milkshakes made without animal-based ingredients.