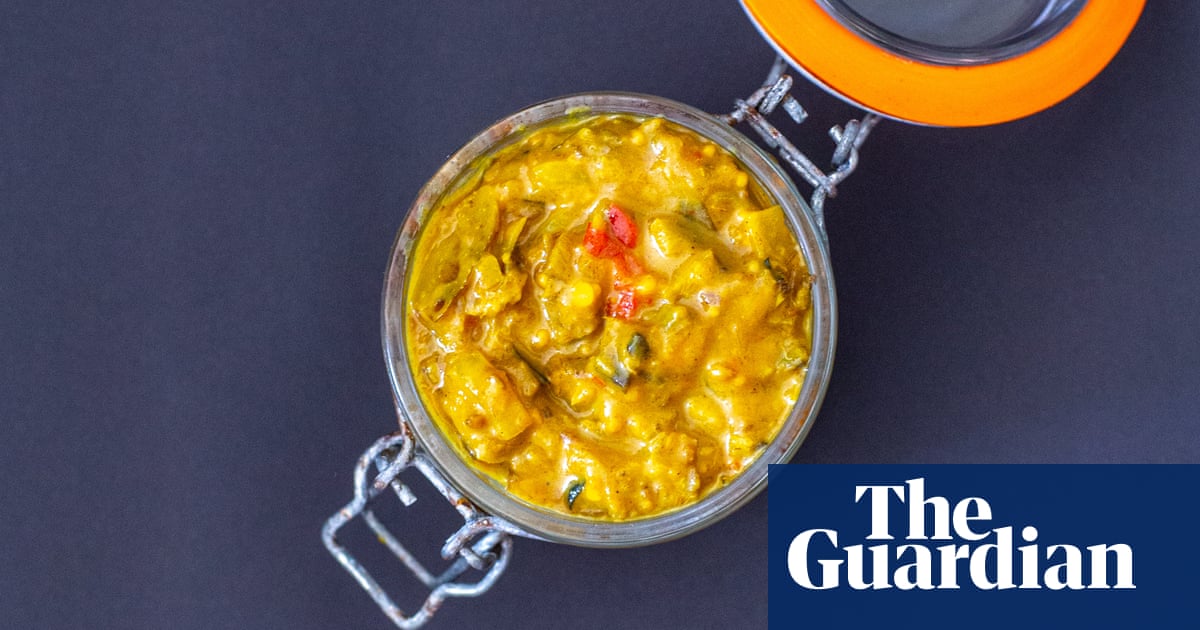 The Peruvian chef Palmiro Ocampo held up a string of candied banana skin and described how to make it: “Soak the banana peel in cold water for an hour, changing the water twice. Boil for five minutes from cold, cut into long strips and boil again in simple syrup until chewy, then serve twisted on top of banana bread.”

Palmiro is co-founder of CCORI, a charity that teaches vulnerable women how to cook with zero waste. He is also a fellow member of the Chef’s Manifesto, a World Food Programme initiative set up to communicate the UN’s sustainable development goals to chefs around the world.

Conor Spacey is another Chef’s Manifesto member who is passionate about zero waste. His businesses Food Space and Ink Cafe are living proof that even a restaurant chain can produce almost zero waste. “Chefs have an important role to play in fixing our food system,” Spacey says. “Sharing our work and experience with people at home can help reduce food waste.”

Here is a zero-waste recipe that I’ve adapted from Spacey’s restaurant, while also taking inspiration from Ocampo’s candied banana skins.

This recipe was handed down to me by Northern Irish chef Conor Spacey, who makes it in his restaurants to reduce his waste; it’s fantastic served with grilled vegetables, cheese and barbecued meat. If you don’t have enough banana skins to hand, collect old skins in the fridge or freezer until you do. It’s super-spicy and exciting to see such a wonderful pot of chutney manifest from such a commonly discarded ingredient.

As a member of the Chef’s Manifesto, I’ve helped co-produce and host their food sustainability podcast, on which we talk to different change makers from around the world, from chefs and leading academics to scientists and UN officials.

Soak the brown banana skins in cold water for an hour, replacing the water twice during that time, then drain. Put the skins in a saucepan with fresh water,bring to a boil, simmer for five minutes, then drain and leave to cool.Once cool, roughly chop the skins into small pieces.

Heat a large saucepan with a tablespoon of oil over a medium heat. Add the onion, chillies and a teaspoon of salt, and saute for five minutes. Stir in the mustard seeds, turmeric powder, coriander seeds, cloves, star anise, brown sugar (or honey), the chopped banana skin and one chopped banana. After two minutes, add the orange juice and leave to simmer for 10 minutes, until jammy. Decant into sterilised jars and keep in the fridge for up to a month.