Fauntleroy, the Third Ward French restaurant powered by a rock ‘n’ roll vibe, is closing after the end of business Saturday, the latest Milwaukee dining-scene casualty of the coronavirus pandemic.

Chef-owners Dan Jacobs and Dan Van Rite, who also own DanDan and EsterEv restaurants, said it’ll be the first restaurant they have ever had to close.

“I don’t think either one of us thought we’d want to go in this direction,” Jacobs said Tuesday. “It’s really hard for us to do. … You start something because you really love it.”

In its two years in business, Fauntleroy made a big impression, with its personalized French cuisine, playful menu and fun atmosphere. The restaurant, in space formerly occupied by Coquette Cafe, made Journal Sentinel dining critic Carol Deptolla’s list of best new restaurants in 2018, that year ranking No. 6 on her list of Milwaukee’s top 30 restaurants. Last year, Fauntleroy rose to No. 5 on the list. 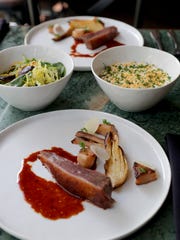 “That Mediterranean menu ruled, it was so good,” Jacobs said, crediting Fauntleroy’s staff and chefs. 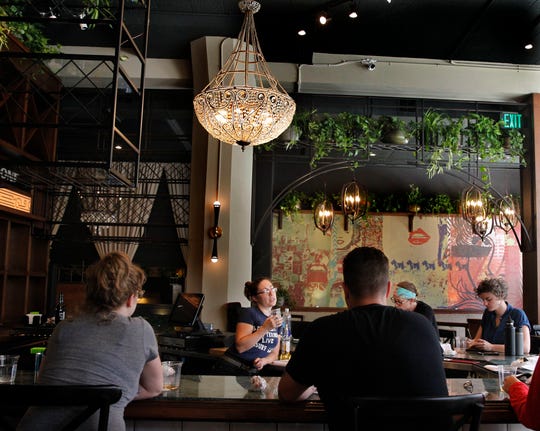 Sales were strong to start off 2020, Jacobs said, but like the rest of Milwaukee, Fauntleroy shut down in March, during the initial efforts to rein in the coronavirus pandemic. But even when dine-in rules began easing, the restaurant stayed closed, in part because its space was ill-suited to the new reality, with limited space for a patio and no open windows, Jacobs said.

In June, Van Rite and Jacobs opened the Fauntleroymke Market in the restaurant’s lounge, selling locally made items and produce from area farmers, along with a takeout menu of ready-to-eat Middle Eastern items. 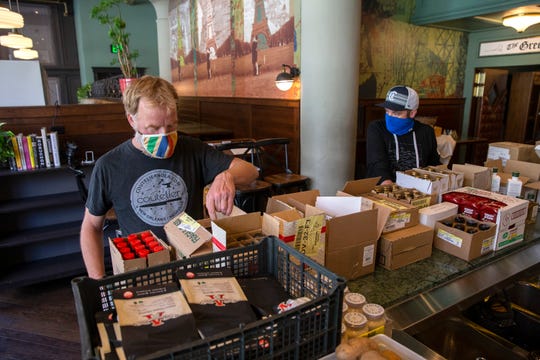 Fauntleroy owners Dan Van Rite, left, and Dan Jacobs work to set up grocery displays at the restaurant. In June, Fauntleroy, which had been closed to indoor dining for several months, opened a market at the front of the restaurant selling local goods and produce. (Photo: Zhihan Huang/Milwaukee Journal Sentinel)

“Just like everyone else right now, we’re trying to pivot to see what works,” Jacobs told the Journal Sentinel at the time.

“We didn’t (want to) go down without trying,” Van Rite said Tuesday.

It wasn’t enough. Jacobs said Tuesday that revenue for the restaurant’s second quarter was 91 percent below the same quarter in 2019.

“That number really woke us up,” he said.

“Our margins are thin as it is. … How are we supposed to pay rent when you’re not letting people in?”

While operating the market and curbside pickup business, Fauntleroy currently has eight employees; half of those will lose their jobs altogether when the restaurant closes.

For now, Jacobs and Van Rite said, they’re going to take some time to figure out the next step. They have three years left on their lease on the Milwaukee Street space, but no plans for what to do with it yet.

“We’re just trying to stop the bleeding before we bleed out,” Jacobs said.

DanDan and EsterEv — which ranked No. 19 and No. 2 respectively on Deptolla’s Top 30 list for 2019 — are still in business. DanDan has been doing curbside pickup and limited outdoor dining, with counter service and no servers.

But as the pandemic drones on, the future for fine dining is hazy at best.

According to Jacobs, in a recent survey by the Milwaukee Independent Restaurant Coalition, more than 80 percent of those surveyed said they will not eat inside.

“That’s a conundrum we’re all facing,” said Jacobs, a co-founder of the coalition.

The coalition is urging Congress to provide more emergency funding to help restaurants and the businesses that support them survive.

“It’s literally the first domino to fall,” he added, referring to Fauntleroy. “There will be more.”

RELATED: A running list of Milwaukee-area restaurants that permanently closed during coronavirus crisis

Our subscribers make this reporting possible. Please consider supporting local journalism by subscribing to the Journal Sentinel at jsonline.com/deal.

Pizza Tops The List Of Most Addictive Food, Chocolate Takes The Second Spot In This Study – NDTV Food