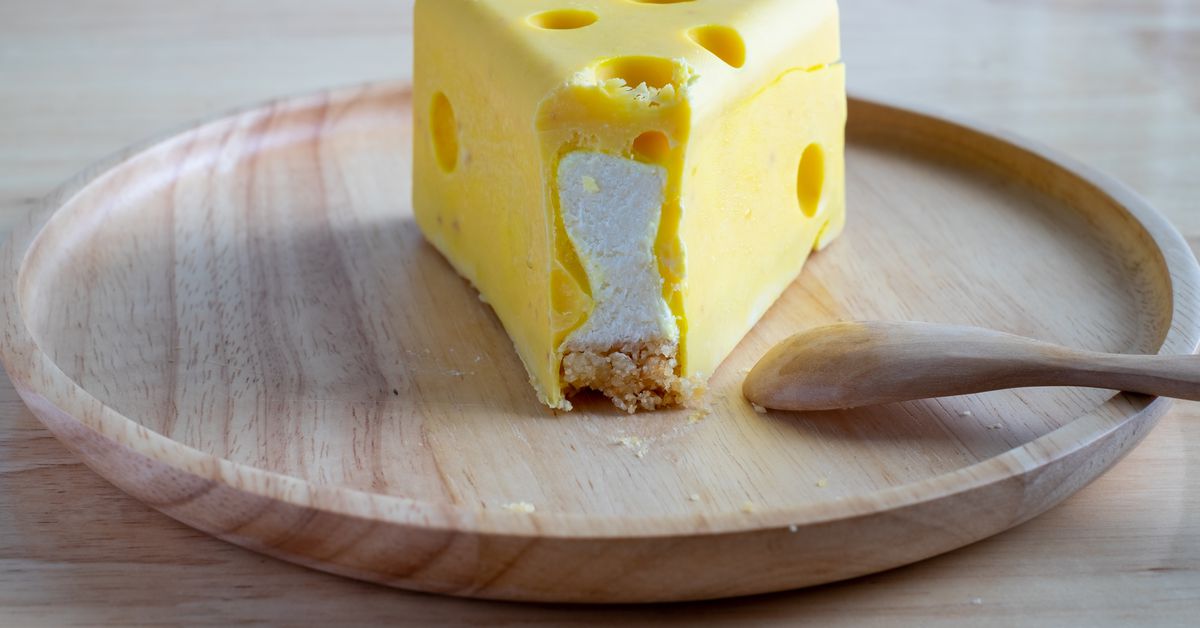 Over the weekend, a fear gripped social media. People regarded each other with suspicion, a single question nagging the backs of their minds as they engaged with anything or anyone: Is that a cake? Are you cake? Am I?

The cause of this cakey paranoia is the proliferation of videos like the one Tasty shared on July 8, a compilation of videos from chef Tuba Geckil, in which things that at first glance are shoes or pots or peaches are revealed — with the slice of a knife — to be cakes. Similar videos made the rounds: Glistening oysters and chicken breasts (both cakes!), or whole papery onions (a cake, as well!). It’s horrifying enough that the fear boiled over into countless memes, the favorite coping mechanism of millennials and Gen Z, that suggest that everything in your life has the potential to be cake.

Not only can anything be cake. Any cake can be a joke.

The year is 2030. Bakery art is so realistic, literally anything could be cake. The uncertainty has gripped the world in fear. I go to hug my wife for comfort. She is cake.

The widespread reaction may just be a case of pandemic brain, in which our collective paranoia about the state of the world is given a clear and relatively safe outlet. After all, this sort of realistic cake-that-looks-like-something-else work has existed for years. Cakes made to resemble other objects, whimsically or realistically, have been popular at weddings for decades. As Delish writes, the “sugar art boom” of the ‘90s allowed for more complicated designs that represented the personalities and interests of the married couple. The tradition of the “groom’s cake” also spread from the American south (you may remember the famous armadillo groom’s cake in Steel Magnolias) as couples looked to include more opportunities to represent their personalities. Typically, the groom’s cake gets to be more “fun,” and is shaped to resemble one of the groom’s hobbies.

Realistic cakes were also popularized by pastry chefs like Duff Goldman and his string of shows on Food Network, like Ace of Cakes and Cake Masters. There, Goldman became known for creating edible art, including at one point a cake that served as a model of the Hubble Space Telescope. Television not only upped the stakes for what a cake could look like, but also revealed some tricks of the trade. Basically once anyone got their hands on moldable Rice Krispies and edible spray paint, the definition of “cake” shifted from a baked-and-frosted confection to anything that can be covered in fondant.

In the era of Tasty videos and TikTok, it’s become even easier to get straight to the betrayal reveal. Unlike on a baking show, where you watch the entire process from batter to cake to object, videos on social media offer the reverse: object to cake. Now it is no longer a feat of craft to make a cake that looks like a roast turkey or a human hand, but a prank.

It also reveals just how ridiculous the cake-as-object trend has gotten, recalling Dr. Ian Malcolm’s arguments about what we could and should be doing in the face of such unprecedented confectionary technology. Yes, you can make a cake that looks like a raw chicken breast. Why on earth would you want to? Who wants to eat that?? It is a show of skill toward no actual purpose or benefit. You might as well have made nothing.

But then again, maybe the cake jokes reveal a deeper truth. The pandemic, economic crisis, and anti-racism uprisings have caused many to question basic assumptions about how the world works, and to imagine new and radical futures. More than ever, we are not taking the messages we hear — about the government, the economy, about what is and isn’t possible— at face value. The cake meme is a perfect extension of both newfound mass suspicion and a newfound sense of possibility. That is not a peach. That is not a sound public health solution. Poke at it and see what’s inside.

As restaurants return, anxiety may ease | Perspective – The Philadelphia Inquirer