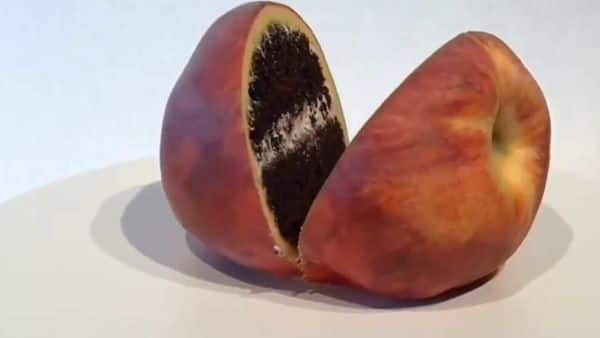 After a popular online recipe channel posted a video on Twitter showing everyday objects like bananas, a houseplant, a pile of towels and a bottle of hand sanitizer all turning out to be hyper-realistic cakes, an almost surrealist wave took over the social media platform. In another video, a glass filled with water turns out to be a cake, neatly cut in half to reveal layers of chocolate cake inside. In creepier versions of the trend, a dog has his head chopped to reveal that it’s—cake! And in another, a tattooed hand seems to be severing a similarly tattooed hand but of course it’s cake.

The glut of videos eventually led to semi-serious existential questions: is everything cake? Are we living in a fake world made of sugar paste with a disembodied hand with a knife waiting to cut us in half to reveal buttercream frosting?

While the pandemic may have something to do with this worldwide penchant for surrealism, actual cake-makers are skeptical. “Cakes have been becoming more and more realistic and elaborate, and it has something to do with their visual appeal for Instagram, but let me tell you—fondant tastes like crap,” says baker Nitash Lalkaka of Patisserie Nitash, a popular gourmet bakery and cafe in Bengaluru. Fondant, a kind of cake icing made of sugar, hydrogenated oils, glycerol and gelatin is the most popular choice for making realistic three-dimensional cakes because of its malleability, stability and long shelf-life, but it tastes much as you would expect it to—like a paste of sugar and oils. It has no flavour and most people prefer to peel it off before getting to the actual cake beneath, says Lalkaka. Rolled fondant, which is commercially available sheets of fondant, is essentially like Play Doh moulding clay, and some would say it tastes about as nice.

Fondant has been around for over a century, and was probably first used by French bakers, but its rise to baking glory came in this century with the popularity of baking shows on television where participants sculpted fondant into impossible shapes. Something about the miniaturisation of everyday objects hit the right spot, and there was an explosion of cake decorating products in the market—from relatively simple items used by every home baker like colourful sprinkles and candies to more complex decorations like edible glues, edible paper and lace and ‘icing pens’ with edible ink. Advanced printing techniques and edible ink cartridges have also made it easier to replicate flatter designs on fondant sheets.

“Fondant is popular because it is more versatile than other types of frosting like buttercream as it is easier to sculpt and it will hold the shape. And while there are many edible decorations in the market, how the final product turns out depends on the skill of the baker,” says cake artist Joonie Tan, who teaches at the Lavonne Academy of Baking Science and Pastry Arts in Bengaluru. “Sometimes people who use commercial fondant use it incorrectly and it changes the texture. But a skillful baker knows how much to use and how to make it work,” says Tan. “There is a lot of demand for realistic cakes, maybe because people want to gift it to their friends and make them think it’s a real product,” she adds, laughing. When demand is high, Tan sometimes uses up to 200 kg of fondant a month.

Bakers like Nitash Lalkaka, however, refuse to use it. “I am used to saying no to customers who ask for fondant-based cakes. I feel it does nothing for the actual taste of the cake and all the artificial food colouring that goes into it is not really healthy,” says Lalkaka.

“It takes a lot of hard work and skill to make these real-life objects come to life—it’s more about sculpting than baking— and while I have a lot of respect for cake artists and there is a lot of demand for it, bas a baker I absolutely detest fondant and have never been inclined to use it,” says Bani Nanda, owner of Miam Patisserie in Delhi. “I think that clients and fondant artists have some kind of understanding. There are many clients who just want it ‘for the look’ and they want their photos to come out perfect.”

There is probably a trite metaphor to be drawn for our shallow, social-media driven lives from the visual appeal of hyper-realistic cakes, but let us remember that at the end of the day, it’s all just cake.

With inputs from Jahnabee Borah

How I Knew I Wanted to Become a Chef – Grub Street

7 High Protein Vegetarian Foods That Anyone Can Include In A Regular Indian Diet – MensXP.com

Eating out: the things we didn’t realise we’d miss – The London Economic