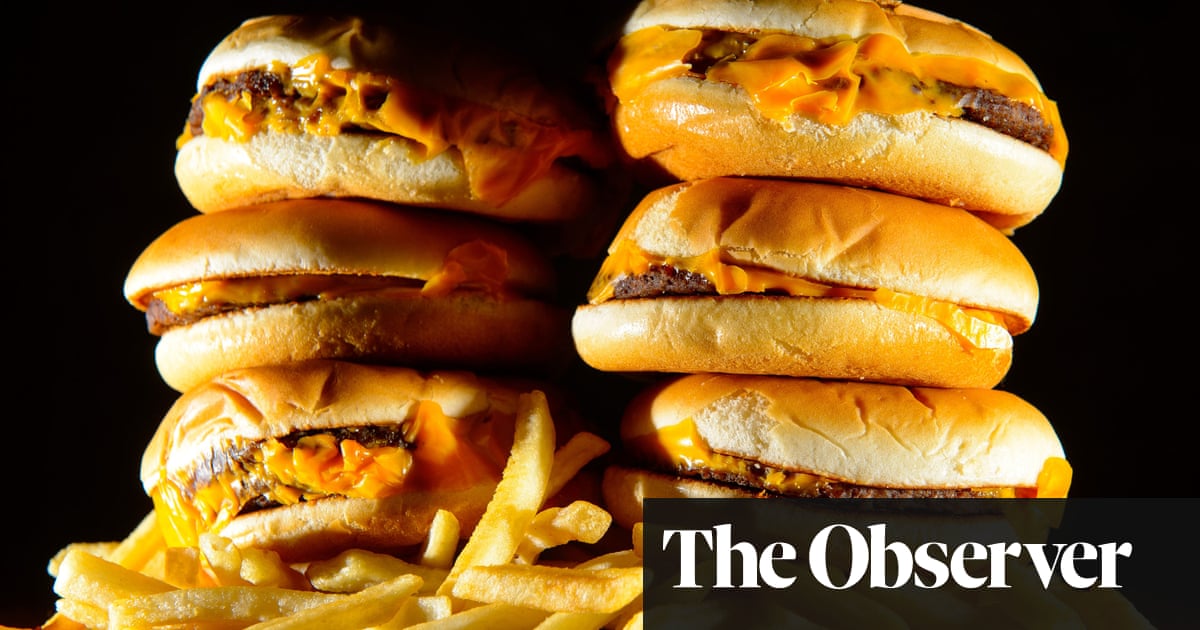 Ministers should regulate processed food as heavily as tobacco to tackle the “massive national challenge” of the UK’s obesity crisis, health experts have warned.

They have urged severe restrictions on supermarket promotions of processed foods, and bans on fast food outlets near schools, and TV adverts for pizzas, burgers and similar foods before 9pm. One campaign group even urged the government to consider plain packaging for processed food.

The calls come as Boris Johnson prepares to unveil a “war on obesity”, after weight was identified as a major factor in deaths from Covid-19. In England, 64% of adults are overweight or obese and Johnson has said his time in intensive care after contracting the virus – when he weighed more than 17 stone – has changed his “libertarian” views on food and obesity.

The government is now preparing measures – likely to be announced before the end of the month – to tackle obesity in Britain before a possible second wave of coronavirus infections.

A range of health experts told the Observer that every possible method of tackling the crisis should be included in the package.

Human beings like high-calorie, high-salt, high-fat items. You are fighting against 5 million years of evolution

“Think what was done with tobacco,” said Richard Murray, chief executive of the King’s Fund. “Don’t let it brand, limit how much can be sold, tax it – use every possible route. You’re not going to find the magic bullet right away, but there’s got to be a genuine recognition that this is a massive national challenge.”

Caroline Cerny, of the Obesity Health Alliance, a coalition of over 40 charities, medical royal colleges and campaign groups, warned that it has now become difficult for people to resist the relentless bombardment of adverts for sugary, calorific foods on TV and online.

“The plan must address the environmental drivers of obesity, with a 9pm watershed on junk food adverts on TV and online, and controls on how and where unhealthy food can be marketed. We have to take junk food out of the spotlight.”

Other proposals put forward by health experts include closing down fast food outlets near schools, the creation of more cycle lanes, banning sweets at checkouts, outlawing discount deals on alcohol; making restaurants publish the calorific content of items in their menus and extending sugar taxes to milky drinks.

Campaigners also point to the success of past efforts such as the 2018 levy on soft drinks, which forced manufacturers to either pay a levy or reduce sugar levels, and resulted in a 28.8% fall in the amount of sugar in fizzy drinks.

“The sugar tax was an innovation – it worked well,” Murray said. “You’ve just got to do a lot more of it, and that could include controlling, through taxation, the calorific content of food and the quality of the food itself. So a tax could be levied on saturated fat or calories.”

Income is also an issue, health experts warned last week. “Healthy foods are not necessarily more expensive than processed food,” said Emma Boyland of Liverpool University. “You can buy frozen fruit and vegetables quite cheaply. However you need the facilities to keep them frozen and to cook them, and that is not always possible.”

Murray agreed: “You don’t want lower-income people having to pay more, so that might argue for a subsidy. The market is not going to do this. Human beings like high-calorie, high-salt, high-fat items. You are fighting against 5 million years of evolution, after all. So you cannot expect each supermarket or food manufacturer to have a go on their own. The law of the market is going to punish them. We need everybody to do it, and that argues for central government action.”

Susan Jebb, professor of diet and population health at Oxford University, said the time had come to start treating obesity as a problem akin to smoking.

“GPs are now quite happy to urge people to stop smoking and offer support services that could help them quit. They need to do the same for the obese and the overweight and offer support for people to lose weight. And patients need to know this is an issue they can raise with doctors and can expect to get help.”

Amsterdam set up a scheme in 2012 to tackle obesity after a fifth of its children were found to be overweight. Within three years, the number of overweight and obese children had dropped by 12%. Measures included:

Banning fruit juice from schools and only allowing water and milk.
No sponsorship from fast-food firms.
Parents asked to stop using pushchairs and start putting children on pedal-less balance bikes.
A team of 100 focusing on the first 1,000 days of every child’s life
Subsidised gym and sports centre membership for low-income families
Cooking classes to create healthier versions of traditional recipes
Fast food outlets asked not to serve children without an adult present

David Cameron
In 2015, after lobbying from Jamie Oliver, Cameron looked at creating a sugar tax on soft drinks, banning TV advertising of junk food before 9pm and limiting supermarket promotions. But he only had time to create the Soft Drinks Industry Levy before the EU referendum forced his resignation.

Theresa May
May was persuaded to press ahead with the sugar tax, and drew up plans for a ban on the sale of high energy drinks to under 16s. That was also left on the shelf after her resignation last year.

Boris Johnson
The prime minister decried “sin stealth taxes” when he entered number 10 and hinted that he would repeal the sugar tax. Now, shaken by his own covid-19 experience, Johnson is now considering major changes to food regulations.

From rubbish to rice: the cafe that gives food in exchange for plastic – The Guardian