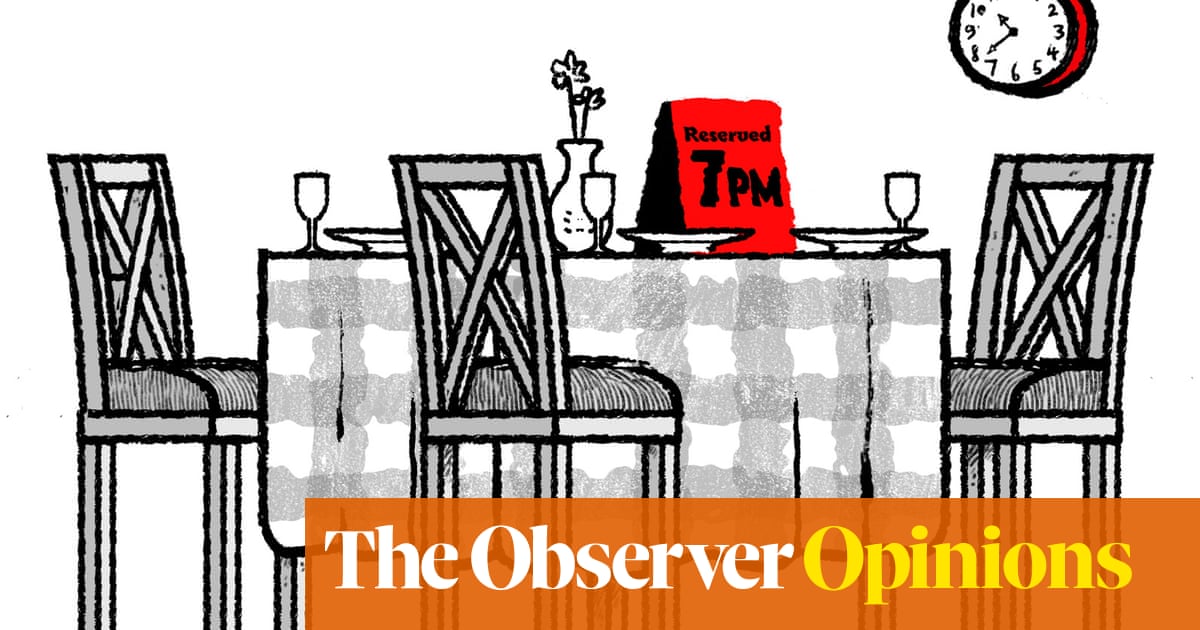 We’re all, in our various ways, working on the best system for the distribution of condemnation. Condemnation is all the rage thanks to all the rage and to the fact that, with the invention of social media, a method has been found for both automating and monetising it. There’s a consensus that a lot of people are bad, though it falls short of complete agreement on exactly who, so there’s a lot of condemning that obviously needs to get done.

Cancel culture is vital to filling our virally emptied days, when there’s nothing else to do because we’ve been forced, among other things, to cancel culture. There’ll be no ballet or theatre, or indeed nightclubs or parties, for the foreseeable, so it’s the perfect time to get ahead with sticking it to anyone who you reckon phobes something you phile or philes things in a way that’s wrong. And then you can regrout the loo.

But who is most deserving of condemnation? That’s the key question and of course there’s more than one way of deciding on the answer. Merely saying that there’s more than one way of deciding on it would, in itself, be enough to trigger an auto-da-fé under certain historical circumstances, which is something I try to bear in mind when I get too gloomy about Twitter and the death of nuance. It remains, I’m happy to say, an insurmountable technical challenge to burn people alive over wifi. Perhaps Huawei is working on that.

One way of distributing condemnation is to condemn those who have done the worst things. Then again, exactly what the worst things are, and which of the worst things are worse than others, is itself a focus of some dispute. I really haven’t got time to get into all that. I’m already in the fourth paragraph and it’s high time I started lashing out.

So perhaps first in the queue for condemnation could be people who have done things that, while not necessarily hugely bad, are so inexcusable and inexplicable in their badness that they can be safely condemned without fear that some complicating factor, some mitigating context, has been missed. For example, there are circumstances in which it’s possible to feel sympathy for someone who has committed murder. The same cannot be said for a person who has decided to pick up their dog’s excrement in a plastic bag, tie it up carefully, but then just leave it somewhere prominent on or near the pavement – perhaps beside a lamp-post or precariously balanced on the sloping top of a junction box ready to slide into the next BT engineer’s sandwiches, the faeces preserved for eternity inside a film of non-biodegradable polymer. With that person we can surely let rip.

And I wonder if the 27 people whom chef Tom Kerridge had a go at last week might fall into this non-murdering shit-wrapper category. These were people who booked to go for dinner at Kerridge’s Bar and Grill in London last Saturday and then simply didn’t show up. Kerridge described this as “disgraceful, shortsighted and downright unhelpful” and said it was “adding to the issues already being faced” by an industry “on the verge of collapse” and put jobs at risk.

He’s obviously entirely right and, unsettlingly, this wasn’t an isolated incident. It’s happening to restaurants all over the country with Gusto, a small chain of Italian restaurants in the north, Midlands and Scotland, reporting 800 no-shows in the first four days after reopening. So it’s not just 27 people – it’s probably running into thousands nationally. Some of those people are probably reading this article. If so: hello! What on earth were you thinking, you idiots?!

The harm it causes is obvious: the poor nervous chefs, managers and owners of the restaurants, desperate to claw their way back towards solvency, buoyed up by seeing that there are some bookings, engaging the staff and purchasing the ingredients ready to serve all the people who say they’re coming and then left baffled and out of pocket, feeling stupid in their efforts and all the more fearful for the future.

It’s like an act of vandalism or a sick joke, except, unlike vandalism, it doesn’t sate a physical urge to express discontent at a flawed society and, unlike a sick joke, it will not make anyone laugh. And the perpetrators of this wanton crime have gained precisely nothing. They’ve saved the cost of a phone call saying they’re sorry but they can’t come after all, but they have to offset that against the cost of phoning to book in the first place.

There is one crumb of comfort for the restaurateurs though: unlike people organising dinner parties, at least they don’t have to deal with prospective guests saying they might not come. With a restaurant, people either firmly cancel or rudely don’t bother. Restaurants are unlikely to get regular texts throughout the day trailing some bug or sniffle or work crisis that the invitee is “desperately hoping will resolve itself by this evening” but can’t be sure. In my experience, this behaviour is a common feature of trying to give away food to friends. Someone always starts a drumroll about whether or not they’ll show up, which becomes a sombre soundtrack to all the preparatory catering.

For restaurants to be hit by this spate of deeply unempathetic and rude behaviour is strangely shocking. Under current conditions, any further jeopardy to the restaurant industry, a pleasant and civilised aspect of pre-lockdown Britain, is exceptionally unwelcome.

Still, I admit I’m enjoying this condemnation because it’s so simple and clear and, unusually for me, completely unadulterated by even the slightest whisper of hypocrisy. I have never – not once in my entire life – failed to turn up at a restaurant when I’ve booked, unless I’d rung up to cancel. I don’t count myself a particularly good person but, in this particular arena, I’m a saint.

The sacred purity of the tuts I’m currently uttering is as refreshing to my palate as the first sip of aperitif in a restaurant to which I have invariably turned up as promised. For once I am not part of the problem.