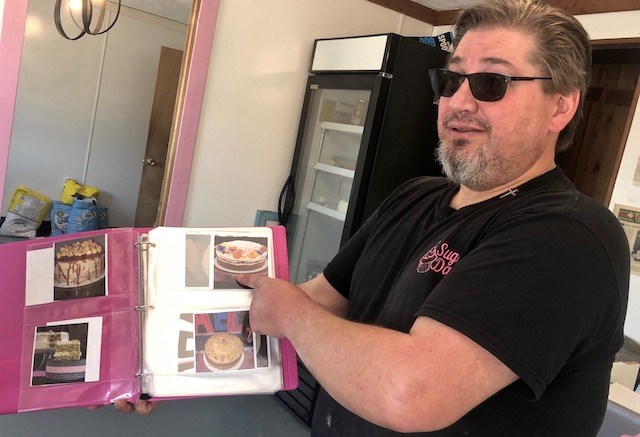 [EDITOR’S NOTE — Each week, this feature section, “Movers and Makers,” will feature the stories of the movers, launchers, entrepreneurs and makers who contribute to the vitality of the Mahoning Valley. This section is supported by our first community partner, Farmers National Bank.]

YOUNGSTOWN — While many small businesses are merely hoping to survive the COVID-19 pandemic, Abigail’s Bakery Creations found a sweet spot of growth amid adversity.

Abigail’s Bakery Creations, 4954 Mahoning Ave., celebrated the storefront’s first anniversary in April during the state-mandated pandemic lockdown. Although it was a glum celebration, the bakery plans a more festive event upon its move to 4930 Mahoning Ave. by early September

“We instituted curbside like everybody else and just had to adapt. So we’ve really [gone] from having very minimal foot traffic to almost exclusively special orders right now,” Smith said.

Other changes Abigail’s Bakery Creations has made during the COVID-19 pandemic are the implementation of employee masks, increased sanitation and reduced hours to 10 a.m. to 4:30 p.m. on Wednesday through Friday and 10 a.m. to 2 p.m. on Saturday.

Adapting to a new normal is familiar to Smith, though, who started Abigail’s Bakery Creations online in 2017 as a way to cope with an unexpected disability.

Smith spent 35 years in retail management. He was driving to work one day and went blind which was the first of various health complications he now has, including partial blindness, vertigo, tachycardia and neuropathy.

According to Smith, his therapist suggested he take up cooking as a hobby to cope with his illness. Cooking eventually turned into baking.

“I still don’t have a diagnosis,” Smith said. “ I can’t really drive. So [baking] allowed me to do something; take my focus off of things.”

“Then I spent five or six months literally just walking around my neighborhood with my cane in one hand and a cookie tray on the other giving out free cookies to my neighbors,” he added.

According to Smith, after using most of the ingredients in his kitchen to feed the neighborhood, his wife suggested he sell his desserts. From that idea, Abigail’s Bakery Creations, named after Smith’s daughter, was born.

The bakery specializes in fruit pies, chocolate chip cookies, baklava and more than 50 custom cake flavors, including pickle back and lavender rosemary. Smith said he plans to add a variety of vegan options and Mediterranean cuisine at the new location.

Although loyal patrons can attest to Smith’s baking skills, he told Mahoning Matters that because his disabilities compromised his taste buds, he’s never tasted his own desserts.

Smith said his new-found love for baking wouldn’t have been possible without his daughter or his wife.

“Remember, baking for you is as easy as A-bigail’s B-akery C-reations,” Smith wrote on Facebook.

Eat more, weight less: These low-calorie foods will fill you up at every meal – CNET