In an episode of the Netflix food documentary Ugly Delicious, chef Padma Lakshmi is asked if she thinks Indian food is the most underrated cuisine in the world. “Indian food is really, really varied and regional,” she explains carefully. “People who have never been to India or know very little of India will only know North Western or Punjabi food. It’s always some vegetable or protein floating in brown or orange or red sauce.”

For context, she has a South Indian background, but anyone who has ever gone to an Indian restaurant and asked for chicken tikka masala might feel a bit called out at this.

Indian food, just like any cuisine, is influenced by climate, topography and agriculture, as well as centuries of trade. In North India, the temperate climate and wheat production means people make thick curries with dairy, nuts or tomato base and eat it with bread. In comparison, the southern part of India is tropical or semi-tropical so the food centres around coconut, fresh chilli, curry leaves and rice-based dishes. 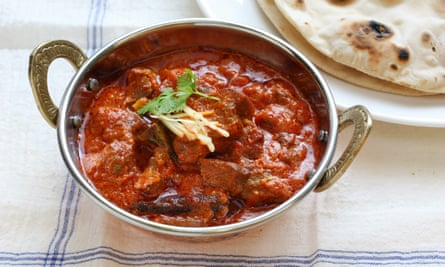 However, these intricate regional differences are rarely present in Australia’s Indian restaurants. Indian food in Australia, much like Lakshmi’s assessment of North American Indian cuisine, tends to be more North Indian (or Punjabi) cuisine.

The Punjabi community were amongst the earliest wave of Indian immigrants to Australia, and today, Hindi and Punjabi are among the top 10 languages spoken at home in Australia. This meant that North Indian food became the default Indian cuisine, and it takes years to change that preconceived notion.

When husband and wife duo Vikram Arumugam and Preeti Elamaran opened their restaurant Nithik’s Kitchen in Balmain, Sydney in 2013, their customers had never heard of Chettinad food. “They wanted tandoori chicken or butter naan,” says Arumugam.

But diners soon learned to embrace the restaurant’s South Indian flavours. “Our speciality is rice or idlis eaten with goat or fish curry,” Arumugam explains. “The food is always flavourful because we use tamarind, coconut and fenugreek.”

Nithik’s Kitchen is part of a broader trend. Though Australians can’t travel at the moment, prior to Covid-19, India was among the top 10 most popular tourist destinations for Australians, ahead of France or Italy. Meanwhile, ABS data estimates that Indians are now the 3rd largest migrant group in the country. There are 592,000 Indians living in Australia as of June 2018, which is up 30% from 2016. Indian dialects such as Tamil, Malayalam and Bengali saw a big jump in the 2016 census, which points to a newer, South and East Indian diaspora, who bring with them preferences for different types of Indian food.

The proliferation of dosas – a South Indian staple – are another indication of this shift. This typically rice-based savoury pancake is a versatile and healthy snack, and acts as a base for other ingredients like onions, egg, potato and even cheese. It is also suitable for people who are vegetarian or gluten intolerant. You can now spot dosa restaurants in most Australian cities. Dosa Hut is a particular success story – it opened its first outlet in 2007, and has grown to over 20 franchises in Victoria, New South Wales, South Australia and Queensland.

Arumugam notes that it has become much easier to obtain the specialty ingredients he uses both in his restaurant and as a home cook. “There was always ghee in Australia, but now I have choices in brands!”

He makes an interesting point about the proliferation of choices. Products like curry leaves or asafoetida still require a trip to speciality grocers, but mainstream supermarkets have started selling regional spice mixes and curry kits. Shoppers can now find Bengali coconut daal spice mix alongside the more common korma curry sauce. These pre-made mixes cater to both newer immigrants, whose regional food is underrepresented in Australian restaurants, and to curious non-Indian customers who are broadening their home cooking repertoires.

As the range of Indian food grows in Australia, chefs have the liberty of defining their version of Indian food. Newer Indian restaurants, like Delhi Streets and Gopi Ka Chatka both in Melbourne, have done away with a regional focus and now present street food or ‘chaats’ such as bhel puri (puffed rice with assorted lentils and chutney) and pani puri (ball-shaped crispy shell filled with a mixture of tamarind chutney, potato, onion or chickpea) in a casual environment.

This shift is also clear at higher end restaurants, like Sauma in Perth. Owner Gurps Bagga describes his food as regional Indian cuisine, with local Australian flavours. “Our food here is distinctly South Indian, a bit of Goan and Keralan inspired but it is also innovative and local,” he says.

For example, Bagga uses WA’s hardwood sawdust mushrooms and cooks it with garlic, korma sauce, chilli oil and hazelnut truffle. “You can taste the Indian spices but I’ve added my own touch to it. You can call it modern, you can call it fusion. The important thing is that you think it’s tasty.”

And that, just might be the unofficial ethos of Indian food.

Sorry, but bangers and burgers belong to vegans and vegetarians too – The Guardian