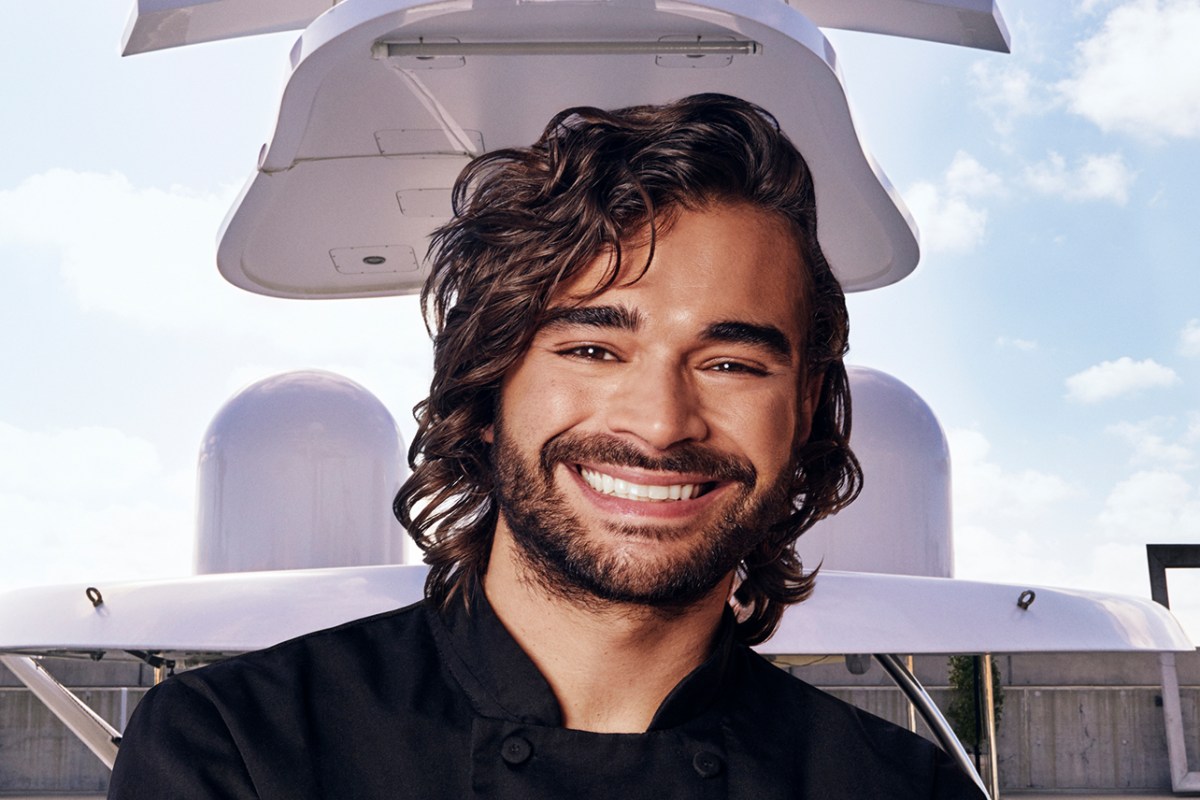 There’s bad nights, and then there’s the night Chef Kiko just had on Below Deck Mediterranean. For the past two episodes, Chef Kiko was emotionally beaten down by vegan charter guests, but things soon got even worse for the kindhearted Brazilian when Captain Sandy threatened to fire him. Does Kiko leave Below Deck Med Season 5 in the weeks to come?

It’s been a while since Below Deck Med fans had a chef they actually liked — sorry, Anastasia, but you were just a temp — so naturally, viewers are desperate to know whether Chef Kiko’s Below Deck tenure is coming to an end. Does Captain Sandy fire Kiko? Where is Kiko from Below Deck Med? Here’s everything you need to know, plus a few predictions of my own!

WHAT’S UP WITH THE KIKO BELOW DECK MED DRAMA?

After nailing 72 courses in charter three, the wheels began to fall off Kiko’s wagon during the Wellington’s fourth charter. Check Kiko crumbled when faced with a group of demanding guests with various dietary restrictions and a penchant for mushrooms, prompting Captain Sandy to question his abilities. At the end of last night’s episode, Captain Sandy blew up after a disastrous departure day breakfast, telling the chef, “Today’s not good for me. This whole breakfast, I’m not happy. I’m serious.” Zoinks.

Below Deck Med Season 5 Episode 8 left off on a major cliffhanger. After the guests leave the boat, Captain Sandy calls Kiko up to the bridge and warns him that he’s on thin ice. “I don’t want to be that person that has chefs that aren’t the standard,” she says. “We can’t be average, we have to be spectacular, that’s what they’re paying for.”

Sandy tells Chef Kiko that he has to “kill it” in “every capacity” next time, or else. “Otherwise, I have to find another chef. I am not kidding,” she cautions.

Can Chef Kiko pull it out, or has his time on Wellington come to an end?

DOES KIKO LEAVE BELOW DECK MED?

As of last night’s episode, Kiko is still on Below Deck Med. However, in the Episode 9 preview, the chef laments that his next group of charter guests are “going to be very picky,” which doesn’t bode well for his chances of staying on board. After serving a medley of various fried foods (definitely not a positive sign, in and of itself), Kiko can be seen telling Captain Sandy, “I leave, I leave. Don’t worry.” The captain replies with a big sigh, saying, “Let’s just get through this.”

That… does not seem promising. Captain Sandy has gone on tears before, but I’ve never seen her hover in the galley quite like this, so it’s not a stretch to say that Kiko’s days may be numbered.

WHERE IS KIKO FROM BELOW DECK NOW? HOW TO FIND KIKO’S BELOW DECK INSTAGRAM

According to Kiko’s Instagram, the kind chef is currently on a boat in Anses D’Arlet, Martinique, an island in the Caribbean. In a post five days ago, he shared a pic of some yummy looking risotto, so clearly he’s perfecting his vegetarian dishes in his time away from Below Deck.

HOW DO I MAKE PONZU SAUCE? KIKO BELOW DECK MED WOULD LIKE A WORD

Charter four guests had one request that baffled Chef Kiko: Ponzu Sauce. If these guests’ sushi obsession has you feeling some type of way, here’s an easy Ponzu Sauce recipe. Bon appetit!

Where to stream Below Deck Med