The sudden locking and unlocking of Goa with no pre warnings has thrown the hotel and restaurant industry into an absolute tizzy. While hotels were officially not asked to lockdown or cancel bookings, the just-opened sector is showing signs of nervousness. After all lockdowns do make people change plans. And this affects restaurants too. Most importantly, the moratorium of payment of EMIs of hotels ends in August. So establishments need to earn to pay off loans. Café tests the waters of discontent 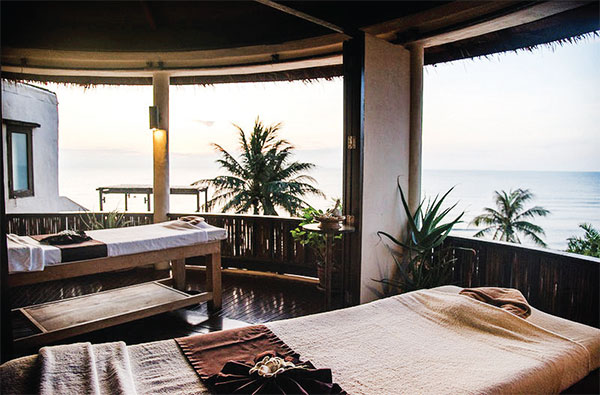 The owner of a popular restaurant
on in the Betalbtim to Colva area has reopened after three days and half of her
tables have lunchtime diners. Standing at a distance with her face masked she
gingerly asks one of her regular customers “Will there be a lockdown again. For
the first time now we are nervous. We have a moratorium on repayment to our
bank till August. But from September 1 the meter starts again. If we have to
close again and again how do we pay the bank. They will not let us off
irrespective of whether we are open or shut”Meanwhile looking back at the
suddenly imposed just concluded (for now) lockdown, the state government
decided to impose it over the weekend without considering the fact that some
hotels may be hosting visitors over the weekend.This sent quite a few hoteliers
into a bit of a tizzy but they managed. This, however, begs the question
whether this on/ off policy is self-defeating. How do the hoteliers manage in
such a situation which is changing very fast?Guitry Velho, Assistant Vice
President & General manager at Select hotels at The Heritage Village Club
said “The number of cases is increasing and I would prefer putting a brake on
promoting the destination till the necessary checking facilities are in place
at the airport, railway station and the border on the road. No tourist will fly
in and stay in isolation for 24-48 hours in the room. Officially we are open
but no one is travelling. Today, occupancy is in the single digits, thus
increasing our costs. We are bleeding and it is not a condition we would like
to be in.”Andy Fernandes owner of the Sea
queen Beach resort Calangute said he had not opened as yet but was answering
interested clients every day.  Andy said “We are waiting for the approvals
but in this situation who will come. I really don’t know what to tell them. As
a private citizen, I like lockdown but as a businessman, it is the worst
situation to be in. Customers are now sceptical when I hesitate to confirm. The
sops are not clear, it’s a crazy situation to be in”.
Another hotelier in Calangute who
wanted to remain unnamed said he was semi-open and had all his staff numbering
40 still with him. He said “They have families and I am paying the minimum
salary. As a businessman, it would be nice if the government gives us advance
notice of at least a week before imposing a lockdown.  The industry has
collapsed and it is difficult to sell even one room. I personally don’t think
anything will move for six months.”       Rembha Kumar of Lali Guras Villa in
Candolim said even though his hotel was shut and would open in September, he
had no idea how it would pan out given that the situation was changing by the
minute. He said “We will have to follow all the rules and regulations. This
virus will be around for a while and it will affect business”.
Another hotel that operates on the
timeshare principle will be instructing all guests to follow the sops given by
the government. An executive of the Karma Royal Haathi Mahal, Cavelossim said
the reservations were being done by the relevant department and guests would
have to follow the regulations otherwise they would not be allowed to enter.
They expected to welcome the first guests mid-August.  Perhaps the frustration being felt
by the industry was articulated by Nilesh Shah, President TTAG who said the
government was playing to the public gallery and it had to be remembered that
the virus would stay for a while but given time the graph would reduce and it
was important everyone stayed positive. He said it would be good if lessons
could be learned from the government in Dubai which had expressed its confidence
in the city as a safe destination and stood by the industry. The local
government here could do something similar he felt because as he put it “ In
the end, everyone in Goa is connected to tourism.”Sensible words, but then sense and sensibility, unlike hotel
rooms in a slump situation; sell at a premium which no one is willing to pay
for. Quite naturally confusion and chaos take its place.

Quaglino’s owner closes all its UK restaurants – The Guardian