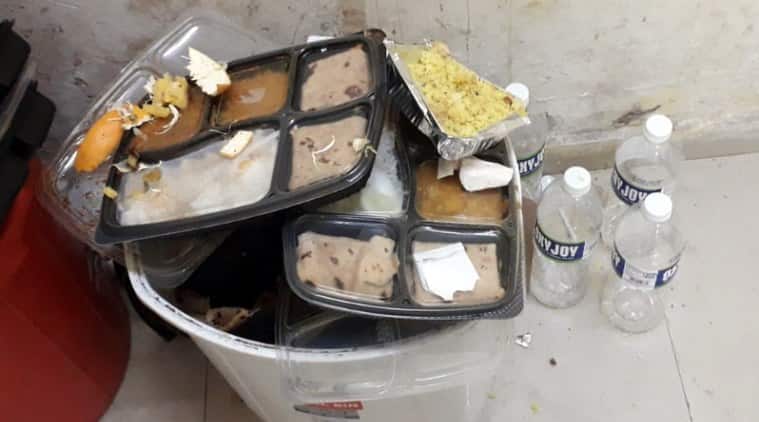 IRKED by the poor quality of food served to them, 30 Covid-19 patients at ESIC hospital in Chinchwad have threatened to go on a fast unless the issue was addressed by authorities. The patients complained that because of the “pathetic” quality of the food, they were suffering from loose motions, stomach ache and acidity.

The patients have made a video of the issue and sent it to the hospital doctors, civic officials, corporators and the district collector.

In a letter sent to the medical superintendent of the hospital on Thursday, the patients said, “… It is difficult to eat the food as it seems to be undercooked.”

“We have repeatedly, orally and in writing, complained to the hospital about the poor quality of food. However, no action has been taken so far. We continue to get food of extremely substandard quality, which at times emanates a foul smell… if the hospital authorities refuse to take cognisance, we will be forced to go on a fast…,” they stated in the letter.

A patient, who was admitted to the hospital nine days ago, said, “In these nine days, I don’t remember ever being served food which I could eat. At times, I remained on an empty stomach as I had no other option,” he said.

He and others took pictures of the food dumped by patients in different corners of the hospital and circulated them among doctors and officials. “We also made a video and circulated it. We want the government to consider the plight of Covid-19 patients who are already facing an ordeal due to the infection… patients will not resort to such a step unless the food quality is indeed terrible,” he said.

Another patient, who was hospitalised along with her two sons who had also tested positive, said, “We are not allowed home food… If the hospital is so concerned about the infection spreading, then it should behave responsibly and serve us better and balanced food. The chapatis are hard, the ‘daal’ and ‘sabji’ are watery, the rice sometimes stinks…. many of us constantly complain of stomach ache and acidity… we also wonder whether the food is made in hygienic conditions as several patients continue to suffer from loose motions… Patients are just dumping the food in dustbins as they find it extremely difficult to force it down their throats.”

Another patient complained that even doctors at the hospital didn’t turn up on their regular rounds. “Initially, when I came here some 10 days ago, the doctors didn’t come on their rounds. We were told that if we have a problem, then doctors will be called from home. When we protested against this, doctors started coming for their rounds,” she said.

On the quality of hospital food, she said, “At times, we have noticed worms and flies in the food served. Many patients said the food is smelly, which means it is stale…”.

Municipal Commissioner Shravan Hardikar said,”I have sent a team of officials to investigate the complaint made by the patients. Once we receive the report, we will take action in the matter. The contractor who serves the food has been appointed by us.”

District Collector Naval Kishore Ram said he will look into the complaints made by the patients.

For all the latest Pune News, download Indian Express App.