New Delhi: Food rights campaigners say the Delhi cabinet’s decision to deliver ration to the doorsteps of people through the Mukhyamantri Ghar Ghar Ration Yojana scheme does not address many of the concerns that were flagged a couple of years ago.

Kejriwal had on July 21 announced that under the scheme, beneficiaries will get wheat flour, rice and sugar delivered to their homes. People will also have the option of choosing between obtaining ration from shops or getting it delivered to their houses. The scheme will be implemented within six or seven months, he said.

Centre’s ‘one nation one card’ scheme to be implemented simultaneously

While making the announcement over a video telecast, Kejriwal also said that from the day the scheme is implemented, the Delhi government will also implement the Centre’s “One Nation One Ration Card” scheme.

On the need for having the doorstep delivery scheme, he reasoned that ever since the distribution of ration started in the country, poor people have been facing a lot of issues to collect it. “Either shop is not open, or people have to stand in long queues, or they do not get adequate ration and the ration is not weighed properly. There are complaints from all over the country that the ration is contaminated, or that people are being charged heavily for it,” he said.

As such, under this scheme, he said, instead of making people go to ration shops, ration will be delivered to the homes of lakhs of people in Delhi. “Wheat grains will be lifted from the FCI godowns and will be taken to the wheat grinding shops to be made into flour. Flour, sugar and rice and other items will be packed properly and will be delivered to the homes of the people,” he said.

Though Kejriwal also referred to fraud in documentation and a huge “mafia” which attacks people who asked for fair rations, as reasons to implement the scheme, his words have not enthused food rights activists. 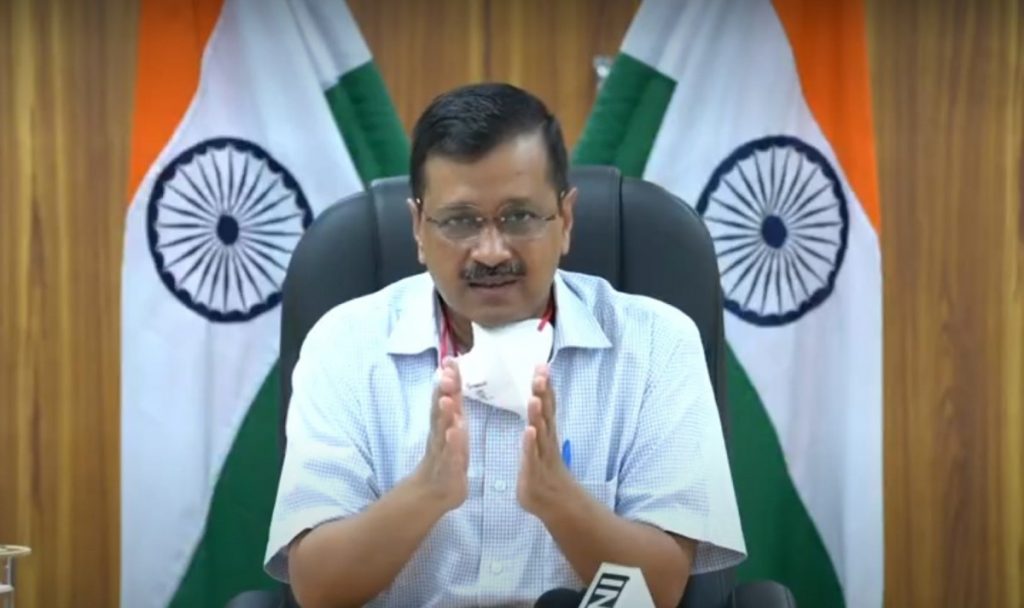 Anjali Bhardwaj of the Delhi Rozi Roti Adhikar Abhiyan, a collective of around 20 organisations which have studied the public distribution system (PDS), said the government did not consult with any of these organisations before making its decision. She said the modalities of the scheme have not been placed in the public domain, even though Kejriwal claimed that the scheme would be implemented within six-seven months.

Bhardwaj recalled that a pilot that was undertaken a couple of years ago to check the scheme’s efficiency had failed since the e-PoS (point of sales) machines failed to perform satisfactorily and lakhs of beneficiaries were consequently excluded.

She said the system was done away with in view of the problems associated with bad networks or electricity issues – both of which are critical for the operation of these machines. “There were problems with these machines in PDS shops too. Also, this largely affected people living in slums and unauthorised colonies,” she said, recalling in some places, the machines had to be hung from trees to receive any signal.

Also, she said, issues around logistics and supply of rations to people who go out to work during the daytime were also raised. But those concerns have not been addressed.

‘Experimentation in times of COVID is problematic’

Bhardwaj said in the midst of the COVID-19 pandemic, the announcement of the “experiment” was not warranted.

“Such experimentation is very problematic. Because of the pandemic, the poor have been left more vulnerable. Any disruption in the food supply network would lead to hunger and starvation. However, the government is just experimenting on the poor,” she lamented.

She said that ideally, the Delhi government should have worked on universalising the distribution of rations. After the court’s interventions, the government had supplied rations to 54 lakh people in two phases through e-coupons.

“But after the lockdown was lifted, this supply was stopped,” she said, adding that the Abhiyan had appealed to Kejriwal to keep the scheme going for the remainder of the year at the very least. “There are many categories of workers, who have been rendered unemployed by the lockdown and closure of units. They need assistance and food to survive in these times.”

Under the cooked meal scheme ‒ started at the peak of the migrant labour crisis ‒ 12 lakh packets were distributed daily. This was also stopped, Bhardwaj said. The mid-day meal scheme, through which lakhs of children benefited, has not yet been resumed. Rather than focussing on these issues, she said the Delhi government is busy experimenting. 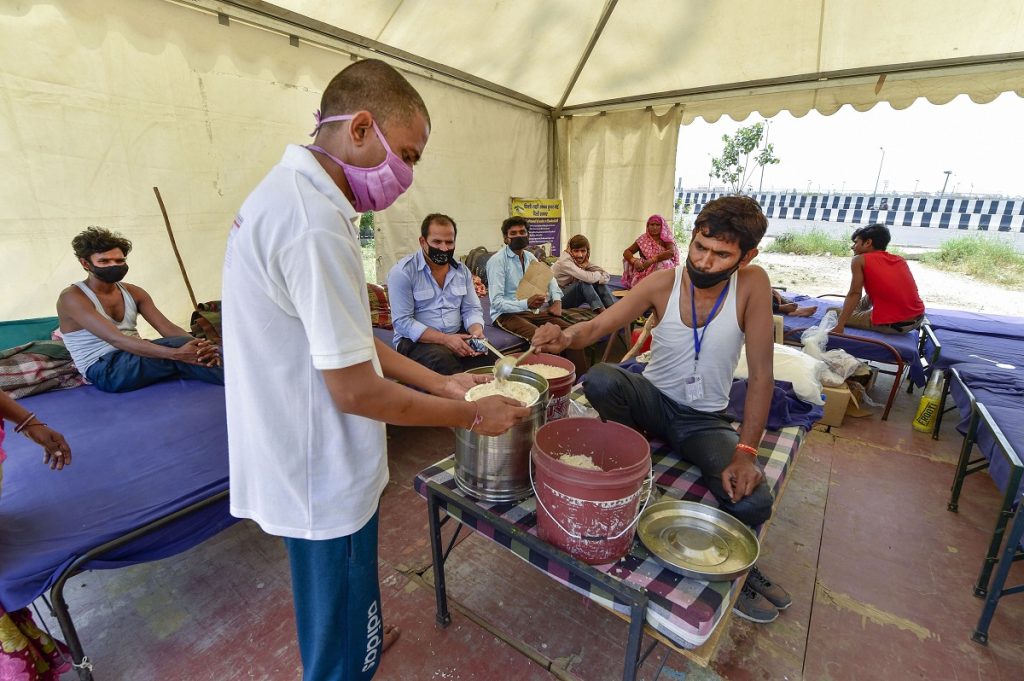 A migrant worker collects food at a temporary shelter home in Delhi, May 1, 2020. Photo: PTI/Vijay Verma

‘Transparency is needed to combat corruption’

Bhardwaj said there are 72 lakh people who receive rations through the PDS in Delhi. She said if the government really wanted to ease the process, it should promote transparency in the system. “People should know the availability of stocks. Such information should be displayed properly. But that does not happen.”

Also, she said, despite a high court order, Delhi is yet to constitute a State Food Commission for people to lodge complaints. Similarly, she said, the social audit mechanisms are missing and they should be brought in to combat corruption.

Incidentally, the Abhiyan had also moved an application before the Delhi high court highlighting the discontinuation of all the schemes of food security by the Delhi government for those without ration cards. Following this, the court had issued a notice to the government and the matter will be heard on August 17.