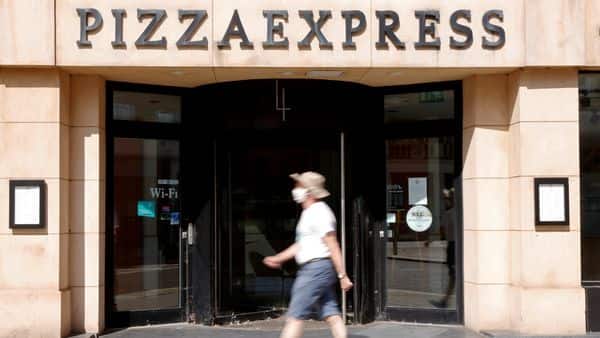 Restaurant chain Pizza Express said on Tuesday it could cut 1,100 jobs and close around 67 pizzerias in Britain as it grapples with the “unprecedented challenges” of coronavirus.

The chain, which has 600 restaurants globally including 449 in the UK, said it was putting itself up for sale as part of a restructuring plan to deal with the fallout from the pandemic.

The company, majority-owned by Chinese firm Hony Capital, said it plans to reduce the size of its British restaurant footprint by 15 percent to help protect around 9,000 jobs in the country.

“It is with a heavy heart that we expect to permanently close a proportion of our restaurants, losing valued team members in the process,” said managing director Zoe Bowley.

Pizza Express is the latest UK casual dining chain to announce planned redundancies as the coronavirus outbreak takes its toll on the British economy.

It closed all of its restaurants on March 23 after the government ordered the country into lockdown, before starting a phased reopening of sites last month as restrictions were eased.

Bowley said the lockdown had hit the hospitality industry “particularly hard” but the firm said customer demand had been “encouraging” at its 60 restaurants that initially reopened in early July.

The UK government on Monday launched a new “Eat Out to Help Out” scheme which gives restaurant-goers 50 percent off their food bill, up to a value of £10 pounds ($13, 11 euros) per diner, in a bid to support the hospitality sector.

This story has been published from a wire agency feed without modifications to the text.