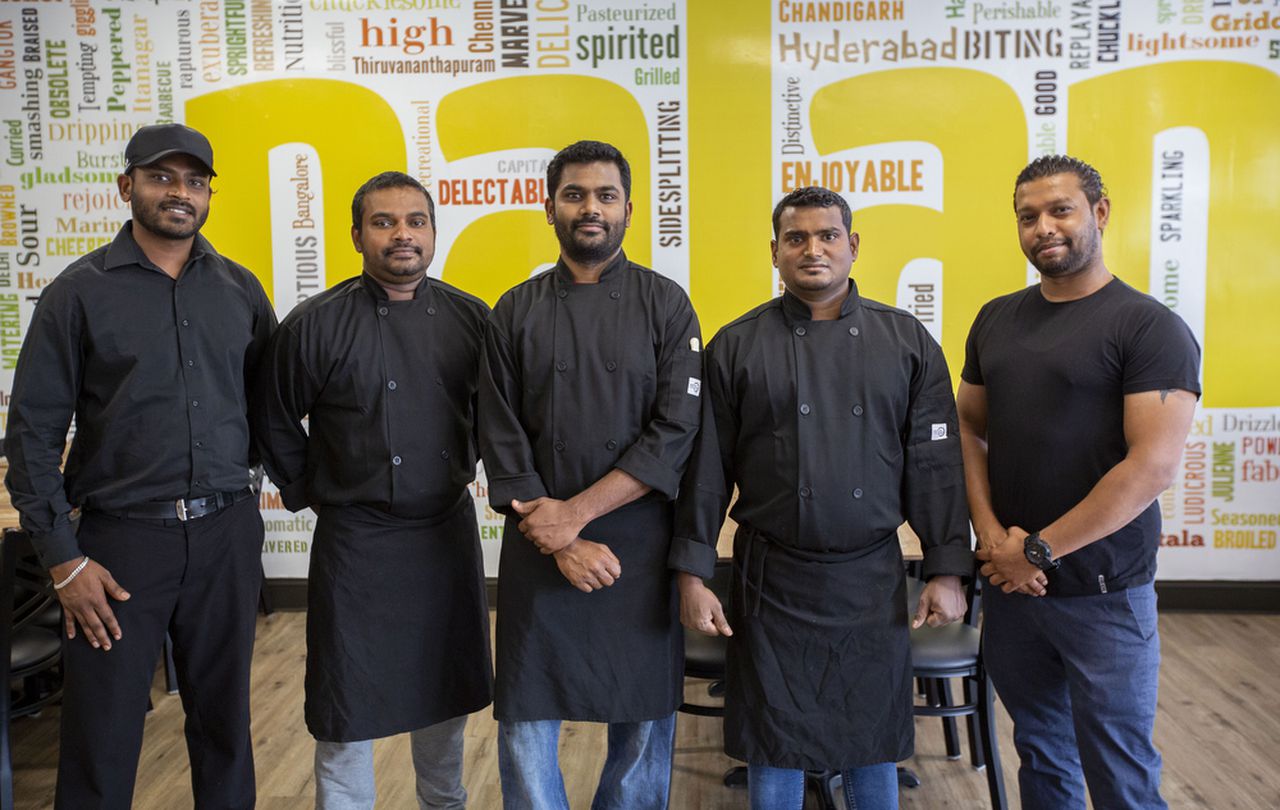 From Philadelphia, owners of Thanal Indian Tavern in Logan Square are bringing flavors of Southern Indian cuisine to Lemoyne.

“The taste of the food comes from the heart,” said co-owner Mohan Raj Devarajulu.

Two years ago, Devarajulu and his partner/brother Hari Haran Karmegam debuted Thanal Indian Tavern. They wanted to bring the colors and flavors of their native Southern India to the masses.

A second restaurant was always on the back burner, but the timing during a pandemic was unexpected. An opportunity to take over a lease at the former Namaste Indian Cuisine in Lemoyne was too good to pass up.

“We had not planned anything, but some of my friends used to come from Lemoyne especially for the Southern Indian cuisine,” Devarajulu said.

The small restaurant offers a smattering of tables – both inside and out – and is doing a heavy takeout trade. A dining room wall is decorated with a giant “word cloud,” a jumble of dozens of adjectives describing Nalan and its food – thrilling, biting, caramelized, lively and distinctive.

Three weeks after opening, he said, customers are turning into regulars and spreading the word about Nalan. The cuisine is different from most traditional American Indian restaurants that focus on richer Northern Indian cuisine.

Nalan’s menu relies on coconut milk and flavors of tamarind, ginger, curry leaves and garlic. It covers parottas, dosas, biryanis, tandoori and vegetarian and non-vegetarian curries as well as a half dozen varieties of naan such as garlic, cheese and onion.

Ratchet it up the heat level if you want, or go mild. Devarajulu said they accommodate requests.

Among Nalan’s signature items is nandu rasam, a red based (crab soup) made with shallots, ginger and spices, and a tandoori grilled Pomfret, a type of fish served whole.

Analyst: Eating out soon more expensive in Estonia than in Munich – ERR News