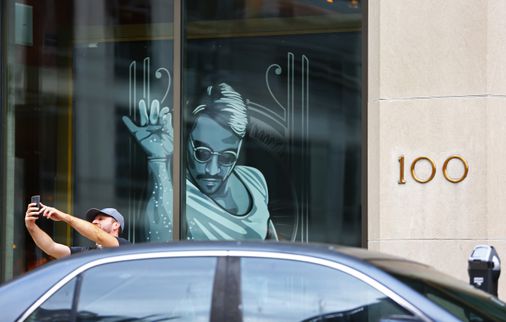 But just over a week later, the city’s Licensing Board and Inspectional Services Department ordered Nusr-Et Boston to immediately cease operations, according to the city. The restaurant’s alcoholic beverage license was also indefinitely suspended.

The closure and license suspension were necessary “due to the existing and imminent threat to public health and public safety resulting from the ongoing and repeated failure to adhere to COVID-19 public safety standards,” the Licensing Board said.

Gökçe did not immediately respond to a request for comment Sunday. Universal Hub reported the city’s review of the restaurant Saturday.

Officials said the the city received a complaint the day Nusr-Et Boston opened, alleging that the steakhouse failed to adhere to COVID-19 requirements, according to the statement. Throughout that weekend, the city received numerous complaints through social media and from people walking by the restaurant.

On the city’s 311 page, there were several reports of little social distancing and people not wearing masks inside the restaurant.

One person who reported the restaurant on the city website said many people, including employees, were not wearing masks Sept. 18.

The restaurant was the subject of a series of city inspections that began Sept. 19: Inspectors visited the restaurant and issued a violation for failure to adhere to COVID requirements, “including long line of patrons and failure to socially distance,” the statement said.

The following day, a city inspector found no violation, but still advised restaurant staff of complaints and requirements, the statement said. Then on Sept. 21, the restaurant’s representatives were “put on notice” of repeated alleged violations, and city officials requested its safety and security plan.

On Sept. 23, the city issued another violation for failing to adhere to COVID-19 requirements, and city officials notified the restaurant that they intended to schedule an emergency hearing regarding the repeated violations, the statement said.

The Licensing Board has continued to receive complaints and documentation of violations through the week from the Mayor’s Office of Neighborhood Services, the Bay Village Neighborhood Association, and residents, the statement said.

City Councilor Ed Flynn, who represents the neighborhood, said Sunday that he has been working with the Bay Village Neighborhood Association, city officials, and neighbors to address the complaints.

‘We’d go bust in months’: restaurants at a loss over social distancing dilemma – The Guardian