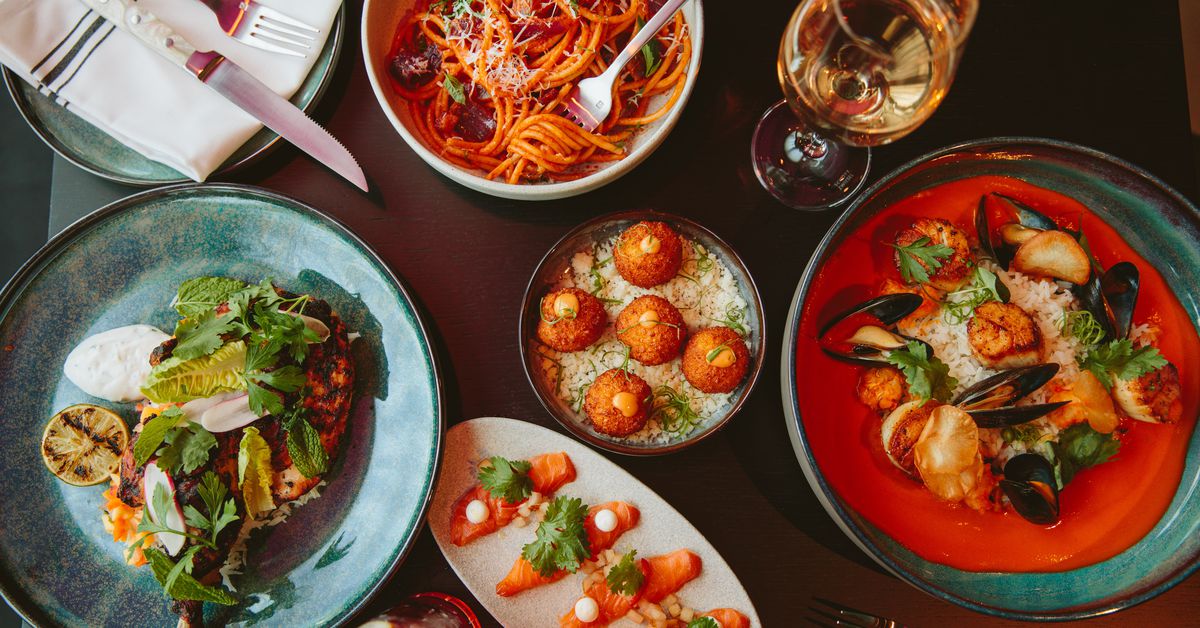 Welcome to the fall 2020 edition of the Eater Boston restaurant openings roundup; this page is typically updated weekly, with the most recent updates at the top, highlighting new restaurants that have opened in the Boston area in recent days. (Here’s last season’s archive, including Ivory Pearl in Brookline, a new Boston waterfront location of the Daily Catch, some new debuts at Fenway food hall Time Out Market Boston, and more.)

As of June 22, a number of Boston-area restaurants have resumed dine-in service following three months of takeout and delivery only. Likewise, some new restaurant openings are offering indoor table service right away. The level of service offered is indicated in each description. However, this should not be taken as endorsement for dining in, as there are still safety concerns: For updated information on coronavirus cases in the state, please visit the Massachusetts COVID-19 website. Studies indicate that there is a lower exposure risk when outdoors, but the level of risk involved with patio dining is contingent on restaurants following strict social distancing and other safety guidelines.

Mediterranean food truck Zaaki — started by Samar Abdalelah, who moved from Saudi Arabia to Boston in 2013 and debuted the truck five years later — has expanded to a brick-and-mortar restaurant at 1147 Commonwealth Ave. The restaurant features several versions of the Egyptian national dish koshari, a carb-heavy combination of rice, lentils, and macaroni. Abdalelah reportedly learned about the dish back in Saudi Arabia, from the Egyptian community there.

Takeout and delivery are currently available via several platforms.

A Newbury Street tea shop has been replaced by another: Cha Feo is now open at 248 Newbury St., the former home of Égalitea Organic Cafe. (Égalitea opened in summer 2019 before temporarily closing in April 2020 and later making the closure permanent, citing the pandemic. It still exists as a company, though, selling tea and other items via its own website and Etsy.)

Cha Feo specializes in “cheezo teas,” teas and fruit-and-tea smoothies that are topped with cheese foam. There are also a variety of other fruit teas and milk teas on the menu, including brown sugar boba milk tea, a flavor that has been popularized by Taiwanese chain Tiger Sugar (which has its sights set on Boston expansion).

Cha Feo is currently offering takeout and indoor seating, as well as delivery via Uber Eats.

For $16 to $19, each order comes with three bao and fries, with options such as “get in my belly right bao” (crispy pork belly, radish, apple, and su-miso mustard on a sesame honey dipped bun) and “baby I’m shellfish” (lobster, yuzu mayo, cucumber, and key lime on toasted and buttered bao).

The Dial is currently offering indoor and outdoor dining.

The Kendall Square expansion of Somerville ice cream shop Gracie’s Ice Cream held some preview services over the weekend and will officially open this Wednesday, September 30, along with its all-day cafe and bar Earnest Drinks, at 399 Binney St., Cambridge.

September 25 was opening day for the fourth location of Italian restaurant Evviva Trattoria (5 Digital Way, Maynard), which also has locations in Marlborough, Westford, and Wrentham.

Director of operations and chef Anthony DePalma is serving dishes such as tagliatelle Bolognese, stuffed veal saltimbocca, balsamic braised short rib, and crispy lasagna chips, as well as two types of pizzas: Neapolitan-style or Montanara-style (which has a fried crust). Separate gluten-free and kids’ menus are also available.

A new Mexican restaurant, Esquite, is now open in Revere (194 Shirley Ave.) from the team behind the Revere-based Eloti food truck, which serves Mexican street corn.

Street corn is also on the menu at the restaurant, including on-the-cob (elote) and off-the-cob (esquite) versions. Tortas, quesadillas, enchiladas, and more are also available.

They both contracted COVID. Now the future of their beloved Phoenix restaurants is unclear – AZCentral

Nominate your favorite now: Where is the ‘Best Bakery on Staten Island’? – SILive.com