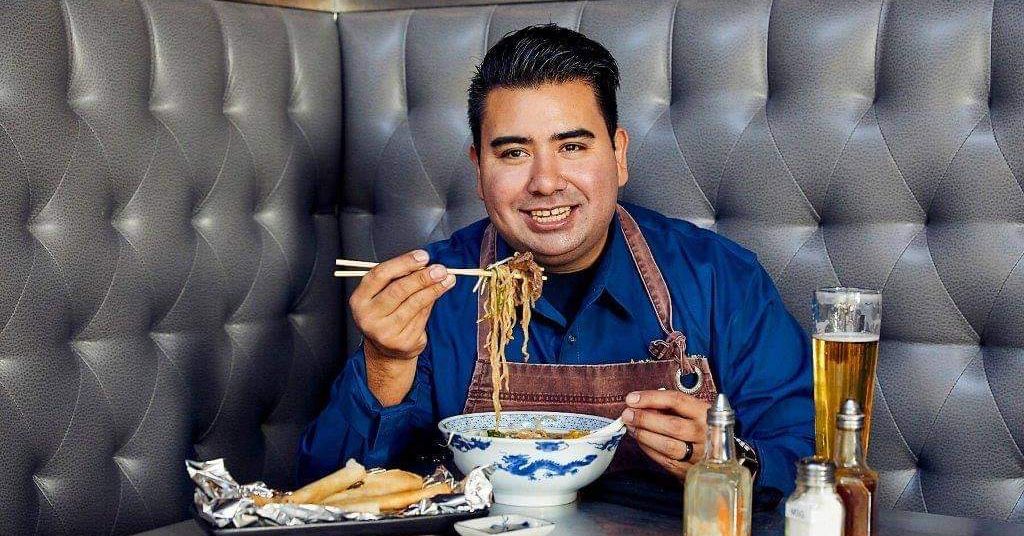 Though he currently lives in Seattle, Anthony Sinsay will always be considered a local chef. The native San Diegan, who served as Andrew Zimmern’s guide to the area’s Filipino food scene and often incorporated Filipino dishes into his menus, has been a fixture in local kitchens over the past decade, cooking everywhere from Harney Sushi in Old Town to Burlap and Duke’s La Jolla. Starting in 2016, he took over at Jsix, the longtime restaurant inside the East Village’s Kimpton Hotel Solamar. In 2019r, he moved to Seattle to helm Outlier, inside Kimpton’s Hotel Monaco, where his cuisine merged his Filipino heritage with Pacific Northwest ingredients.

Last November, Sinsay was diagnosed with late-stage cancer, and due to the pandemic, is now out of a job since Outlier is temporarily closed until further notice. Without his employer-provided medical insurance to help with medical bills, Sinsay’s family has started a GoFundMe campaign to help support the chef, his wife and two children, which is nearly halfway to their $50,000 goal. In a Facebook post, Sinsay shared, “The past year has a been a challenging one for the Sinsay family. I’ve been doing my best to keep it together but I’ve reached a stage in my treatment that I now need help.”

Many San Diego-based friends and former restaurant colleagues have been rallying around the chef, who told Eater, “I’m so overwhelmed by the amount of support thus far. I appreciate everything.“

The Bakery Cos. acquires plant from Specialty Bakers – Baking Business