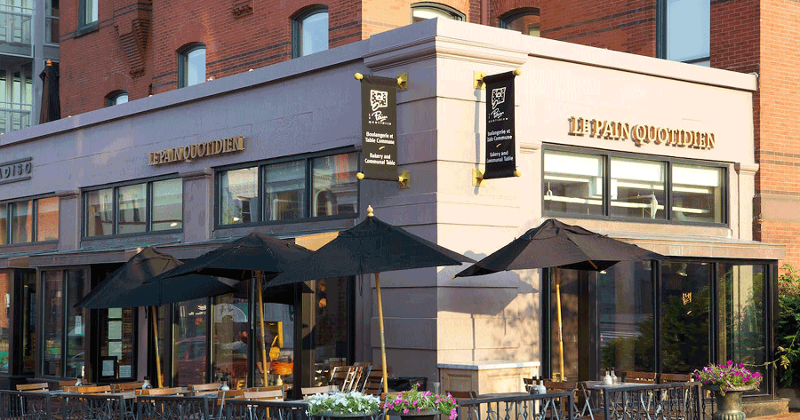 The pandemic hasn’t been good to the restaurant industry and the result has affected a wide range of concepts, from child-focused chains such as Chuck E. Cheese to urban bakery/café concepts like Le Pain Quotidien.

But most them have something in common: They were not necessarily prepared for the financial onslaught that started in March. Many either had too much debt or were in decline going into it.

All told, 17 restaurant chains and one large-scale operator have sought debt protection since the outset of the pandemic. All but one of which has filed for Chapter 11:

The venerable steakhouse chain declared bankruptcy this month, saying that it needs to renegotiate leases and cut back on debt. But its unit count has declined by 19% over the past five years. The pandemic was particularly tough on the chain given that 40% of sales come from its popular salad bar, which is difficult to replicate on a takeout basis.

The parent company of the U.S. operations of the bakery concept declared bankruptcy earlier this month. It has about $73 million in secured debt, plus a $6.7 million Paycheck Protection Program loan received in April. Aurify Brands bought the debt and has an initial offer to buy the chain.

The North Carolina-based cafeteria chain declared bankruptcy this month after closing nine of its locations. The 73-year-old chain, which went into the pandemic with 28 locations, is looking for a buyer.

The Portland, Ore.-based gourmet doughnut concept shut down its eight locations and is shifting to a wholesale operation.

The Centennial, Colo.-based fast-casual franchise has 25 locations, all but four operated by franchisees. It was struggling last year with $22.5 million in negative retained earnings and hired a restructuring adviser in February. Sales declines from the pandemic gave it little choice but to seek debt protection.

The high-end chain put seven of its 16 locations into bankruptcy in August as part of what was described as a “chess match” to keep a creditor from taking control of company.

The 12-unit casual dining operator has units in the D.C.-Maryland area as well as Texas and Florida and declared bankruptcy to reorganize the business and close locations.

Another well-known brand name declared bankruptcy in July. It wanted to close some of its 200 locations and cut down on its $400 million in debt.

The nine-unit upscale Mediterranean chain filed for bankruptcy in July. It has been plagued by lawsuits and other challenges dating back to 2015.

The lone franchisee on this list, NPC International, is a big one. The largest operator of Pizza Hut and Wendy’s locations declared bankruptcy in July and is selling itself in total or in parts. The company has $900 million in debt and has been considered a bankruptcy risk even before the pandemic. NPC is shutting down 300 Pizza Hut locations.

The Texas-based burger chain filed Chapter 11 proceedings for several of its restaurants, hoping that doing so would enable the company to help keep the company afloat.

The biggest restaurant chain to end up in bankruptcy is Chuck E. Cheese, which has $1 billion in debt and ended up in bankruptcy court amid lawsuits from landlords. The company recently received a $200 million lifeline and wants to destroy some $7 billion worth of paper tickets.

The parent chain of HopCat brewpub filed for bankruptcy in June, blaming the impact of the pandemic on sales at beer-focused restaurants.

The fast-casual chain filed for bankruptcy in May. Aurify Brands bought the chain for $3 million and will reopen 35 of its 98 locations.

The lone restaurant chain on this list to actually shut down operations, Garden Fresh decided that a world with limited buffet service was not a workable option. The company filed for Chapter 7, shutting down all of its 97 locations.

The parent company of Bamboo Sushi and QuickFish filed for bankruptcy in May, when it had 10 locations.

The 28-unit New York-style deli concept filed in April, blaming the shutdown for taking a profitable concept and making it unprofitable.

The first U.S. restaurant company to end up in bankruptcy after the pandemic, the owner of Bravo Fresh Italian and Brio Italian Mediterranean ultimately sold to Robert Earl, who bought up 45 of its 92 locations. The price: $50,000 in cash plus $29 million in forgiven credit and assumed liabilities.

The German chain was the first concept to file for bankruptcy after the pandemic began back in April, though it had financial problems long before then. The concept operated six units in the U.S.