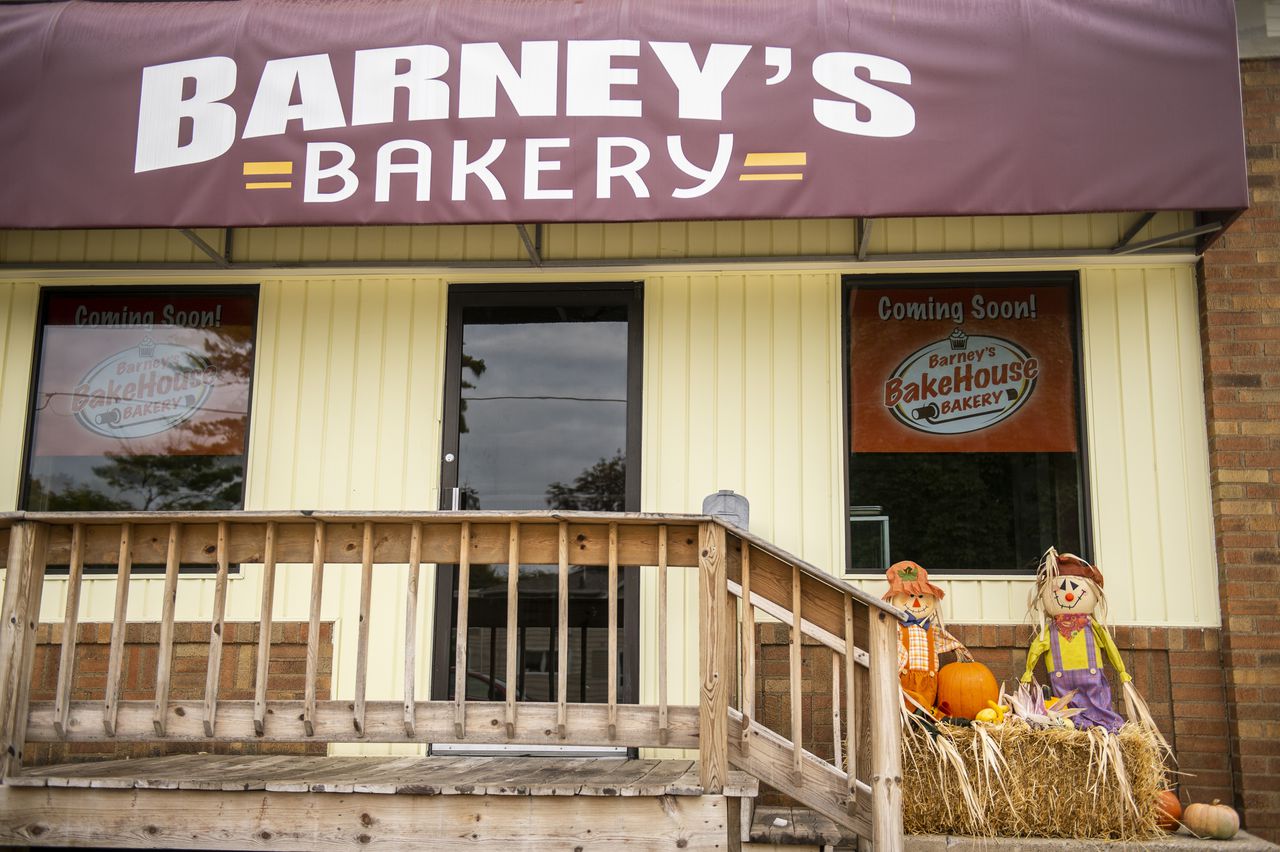 BAY CITY, MI — Bay City’s historic Barney’s Bakery, which closed earlier this year after nearly a century in business, is reopening soon with a new name, a new concept and new ownership.

The new Barney’s BakeHouse Bakery, 421 S. Van Buren St., is expected to open later this fall when Head Baker Jarrid Weighman moves his home bakery, formerly BakeHouse Bakery, into the storefront. At the same time, Sierra King, who recently bought the building and whose family owns the camping company Outdoor Adventures, will mass-produce her specialty cookies in the Barney’s BakeHouse Bakery kitchen to sell out of iconic silver Airstream trailers at the nine Outdoor Adventures properties across the state of Michigan and other affiliated properties in Ohio and New York.

King, who purchased the building in late September, said she and Weighman met soon after the news broke that Barney’s Bakery was closing. They were both interested in the building, but didn’t know each other at the time.

“We just kind of told each other our plans and kind of just fell into a friendship and now we’re partners,” said King, 26, of Bay City. “The truth is, neither one of us could do it without the other.”

King said renovations are slated to begin next week. Weighman said an opening date has yet to be determined, but he hopes to be open for business in late October or early November.

When the bakery reopens, returning customers will find some familiar items made with Barney’s recipes, plus some new ones.

“I’m bringing in a lot of new recipes…quiches, cheesecakes, I’m known for my cutout cookies,” Weighman said. “Definitely bringing in some new updated things along with some of the old classics.”

Weighman, who studied culinary arts at the Saginaw Career Complex, has been baking out of his home for the last six years and establishing a clientele, including corporate customers. During the holiday season, he was baking 10,000 cookies a week.

“I’m ready to bring delicious baked goods to Bay City and hopefully they travel all over the state,” he said.

King, who has been baking and selling her Sweet Kings cookies out of her home for the past year, plans to begin selling cookies and cookie ice cream sandwiches at Outdoor Adventures properties in the spring of 2021.

“We’re excited and can’t wait for summer to come,” she said.

Find Barney’s BakeHouse Bakery on Facebook for more information and the latest updates.

You can try over 40 different doughnuts at this U.P. bakery

Dinner at home was a triumph, but Jay’s kitchen was wrecked – The Guardian