Mother creates an incredible train-themed dessert out of $4.80 mud cakes from Woolworths for her son’s second birthday

A mother has created a professional train-themed cake for her son’s second birthday from a stack of Woolworths mud cakes, homemade icing and a children’s toy set.

The woman, from Queensland, posted a video of her creation in a Facebook cookery group, detailing how she spread buttercream over three of the glazed sponges before stacking them on top of each other and covering the tower in fondant.

She hollowed a tunnel through the middle using a washed and dried custard carton, which was the ‘perfect height and width’ to allow a train to run through, then arranged the cake around pieces taken from Kmart and Big W play sets.

The mum said it’s crucial that the mud cakes – which cost $4.80 and come in three flavours: chocolate, white chocolate and caramel – are frozen when you start assembling to prevent the icing from melting while you work. 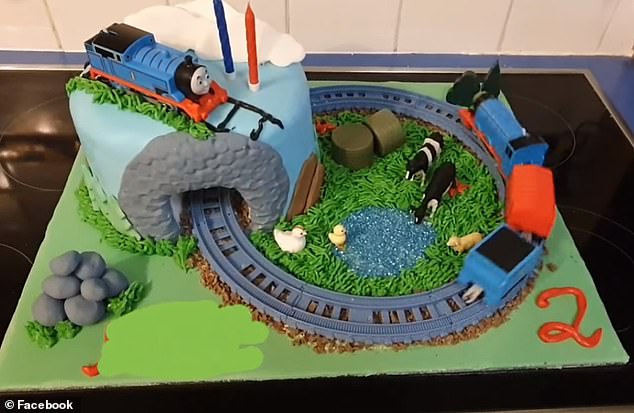 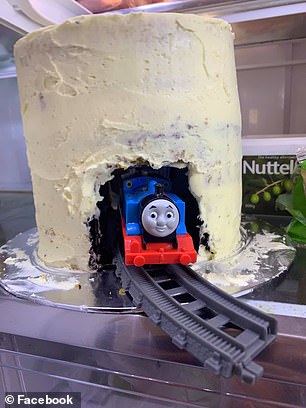 She said she had ‘never tried anything like this before’ and was ‘so happy’ with how well it turned out.

But despite being thrilled with the result, she warned others it took almost nine hours to complete.

‘It’s definitely not a convenience hack,’ she said.

‘It was definitely a challenge for me but I’m really glad I did it and my little man loved it.’

The mother said she was inspired by the dozens of other birthday cakes that have been shared in popular Facebook group, Woolies and Coles Mud Cake Hacks.

People were amazed by the standard of her handiwork, which many have likened to custom cakes ordered from professional bakers. 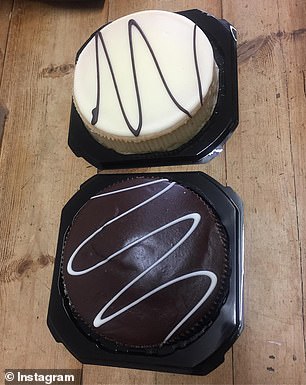 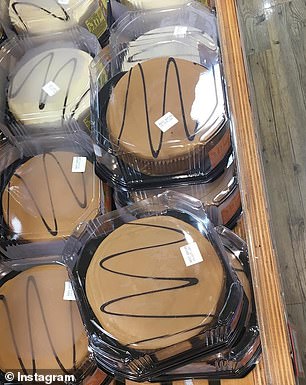 Woolworths $4.80 mud cakes, which come in a range of flavours including caramel (right) and dark and white chocolate (left), are of the supermarket’s best-selling products 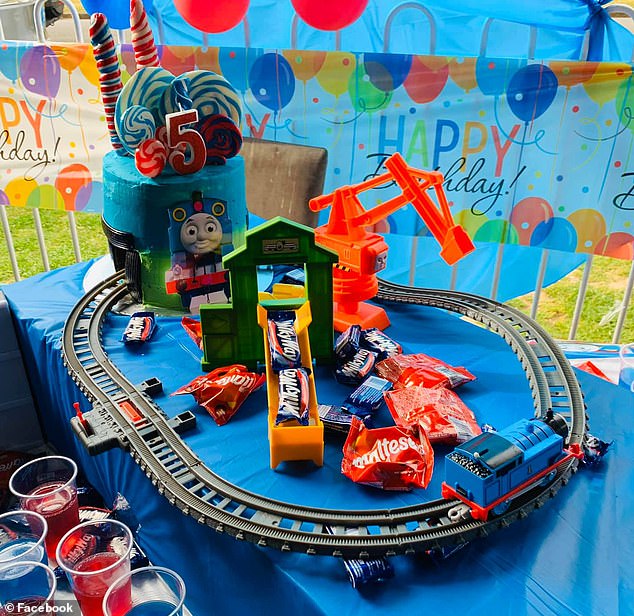 The mother said she was inspired by dozens of other birthday cakes (one pictured) which have been shared in the popular Facebook group, Woolies and Coles Mudcake Hacks

A video of the cake has gone viral since it was posted on Sunday, drawing hundreds of delighted responses with comments including ‘next level’, ‘awesome’ and ‘this is amazing’.

‘How cool is this, excellent job!’ one woman wrote.

A second said: ‘That’s one lucky little boy. I bet he was over the moon with that.’

Others tagged their friends, suggesting they make something similar for their own kids’ birthdays.

Some were so impressed, they begged the mother to start her own business.

‘Can you make another one and I’ll pay for it?’ one woman asked.

Pieces of the Past: Bakery’s aromas once filled downtown Bristol – Bristol Herald Courier

Vacationing while vegan? Here’s a quick guide. – The Washington Post