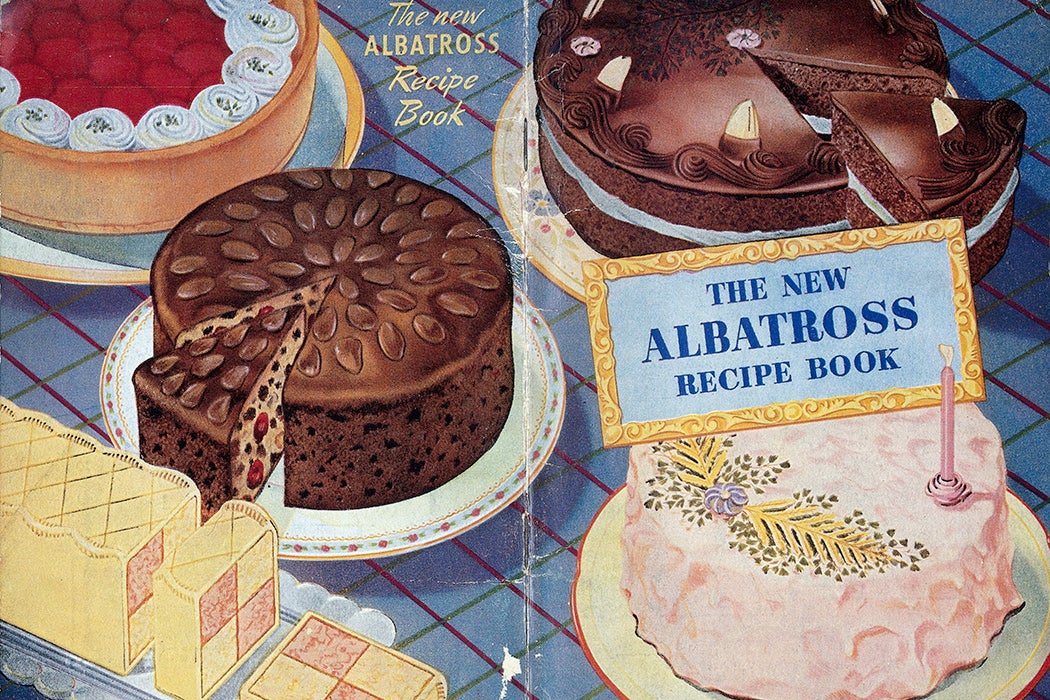 Scholar Abigail Dennis considers the development of the cookbook as a literary genre and how the form and function of these texts shifted over time. Among the most important characteristics to change: the visual presentation of food.

The first English book really devoted to collecting recipes and instructing readers in the art of cooking was The Forme of Curye (1390s). Then, with the advent of the printing press, cookbooks went into wide circulation—along with books like the Bible, of course.

By 1600, cookbooks were gendered in their aims.

Cookbook authors slowly began to incorporate illustrations for the instruction of would-be chefs. For example, the 1508 Boke of Keruynge and the 1586 II Trinciante included woodcuts showing how to carve fowl. By 1600, cookbooks were gendered in their aims: divided into “those written by and for male professional chefs, and those written (largely) by women for female housekeepers,” Dennis observes. Culinary artistry and competition entered the arena; courtly cookbooks for professional chefs showed readers how to make dishes fit for a king, requiring expensive ingredients and intensive processes. These beautiful depictions turned the texts into highly coveted artistic pieces in their own right.

By the early twentieth century, some women’s cookbooks depicted both workaday meals and “elegant, complex dishes,” a juxtaposition of middle-class reality and aristocratic aspirations. In the period between World Wars I and II, cooking for oneself first became fashionable for many women. Cookbooks depicting aspirational dishes flourished, convincing readers that they could make aesthetically attractive food and thus transform a chore into an au courant activity.

After World War II, glossy color photographs provided “an anticipatory thrill” that could be sated by making the dish. Illustrations also transported the cook out of the kitchen metaphorically; Time-Life’s The Picture Cook Book juxtaposed imagery of India with a recipe for “exotic curry” (and a side helping of Orientalism). Other cookbooks emphasized the human body’s sensory relationship to food, such as noting the smooth texture of a dessert.

If it all sounds delectable enough, you haven’t seen anything yet.

Frenchette Bakery has opened in the arcade – Tribeca Citizen

Eating out, ice cream and booze may be worse for climate change than meat – MarketWatch