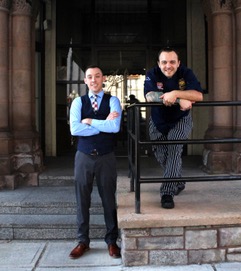 With a new managing partner now in charge and new head chef in the kitchen, the 107-year-old Jack’s Oyster House in Albany this past weekend introduced brunch service with a tryout on Sunday (10/4). It officially starts this weekend (10/10-11).

Check out the menu from Elliott Vogel, who took over the kitchen at Jack’s last month after stints as executive chef at Savoy Taproom in  Albany, MezzaNotte Ristorante in Guilderland and founding chef of Daley’s on Yates in Schenectady. Jack’s is now being run for third-generation owner Brad Rosenstein by Joshua White, who moved up to managing partner after nearly three years as general manager.

Even before the announcement came in late September of Vogel’s hiring, it was clear someone else was in charge culinarily. The visual flair and contemporary aesthetic of the food, plus the switch from Facebook to Instagram as the origin of new photos, suggested a torch-passing.

Among Vogel’s new dishes are wasabi- and sesame-crusted tuna with shishito peppers (below) and caviar-topped seared scallops with parsnip puree, toasted-almond butter and blood orange.

Saying he’s been given a “license for creativity” by White, Vogel tells me he’s excited to refocus the restaurant toward seafood. The menu evolves with new dishes every few days, and Vogel and White tell me a full fall menu will be launched later this month. 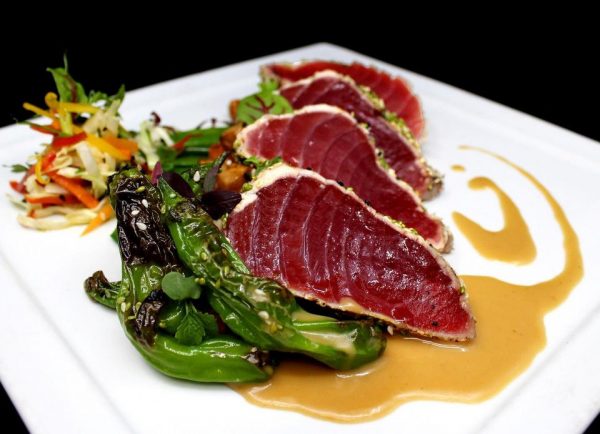