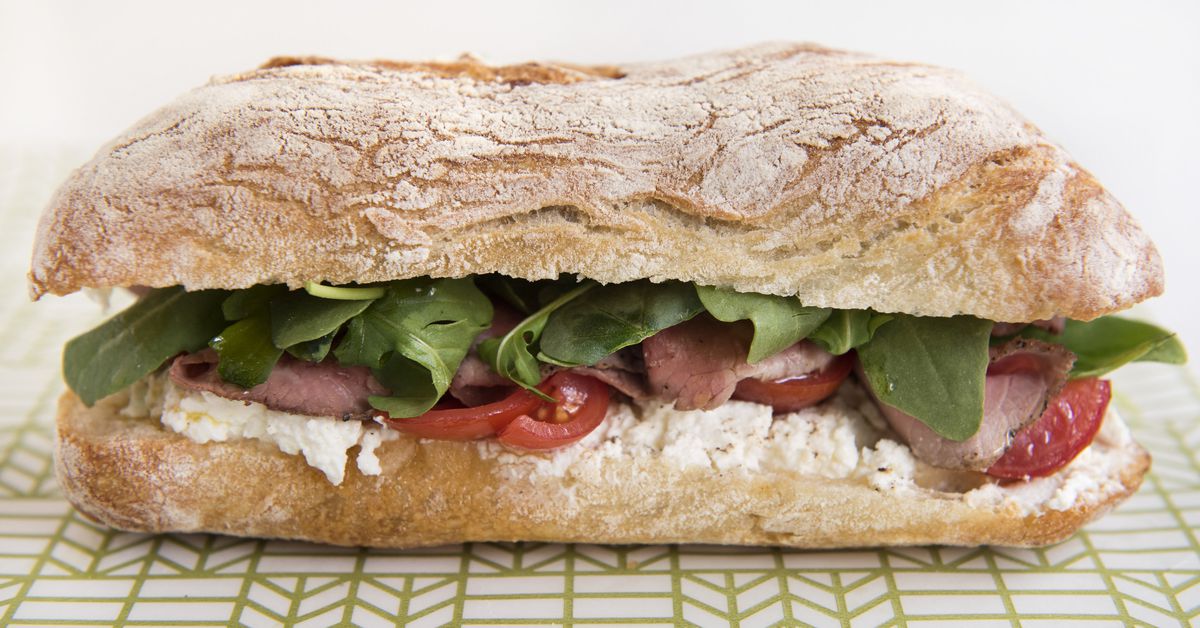 Sullivan Street opens a pop-up bakery in the East Village

Big bread news out of the East Village this week: Jim Lahey, the chef behind Manhattan’s popular Sullivan Street Bakery, quietly opened a third outpost of the restaurant at 437 East Ninth Street, between Avenue A and First Avenue, on Friday. Like its sibling in Hell’s Kitchen, the new East Village outpost will offer a selection of house-made pastries, bread, and sandwiches. Three types of focaccia will also make an appearance on the new menu, including a sfincione slice adorned with rosemary, onion, potato, and zucchini.

The bakery is calling the new location a “pop-up” for now, but it could become permanent if all goes well, according to local blog EV Grieve. Sullivan Street Bakery is open in the East Village from Tuesday to Sunday, 12 p.m. to 7 p.m.

In the more than 25 years since Lahey opened Sullivan Street Bakery, the baker has been a trailblazer in the city’s booming sourdough bread and artisan pizza scenes. He opened the first outpost of Sullivan Street Bakery in Soho in 1994, which has since relocated to Hell’s Kitchen, and followed up with a second location of the hit bakery in Chelsea in 2012. Lahey, a James Beard award-winning baker, is known in part for his popular no-knead overnight bread recipe in the New York Times, one of the publication’s most-read recipes.

— On the subject of bread, Tribeca heavy-hitter Bâtard is now selling loaves of blood sausage sourdough and other baked goods for takeout and delivery.

— West Village hand roll spot Nami Nori is celebrating its one year anniversary with a series of collaboration dinners. Chefs from Wayan, Crown Shy, Atomix, and 232 Bleecker have created temaki rolls for the restaurant .

— Lolo’s Seafood Shack in Harlem will offer a multicourse Puerto Rican dinner for the month of October. Reservations available online or by emailing the restaurant.

— Grub Street steps back inside the Times Square Olive Garden.

Stay-at-Home Bakers Are Searching For Cake Recipes, and These Are the Most Popular Ones – POPSUGAR

Pizza duo snap up bargain sites for expansion – This is Money

For some restaurant workers, reopening is a lose-lose deal – Los Angeles Times