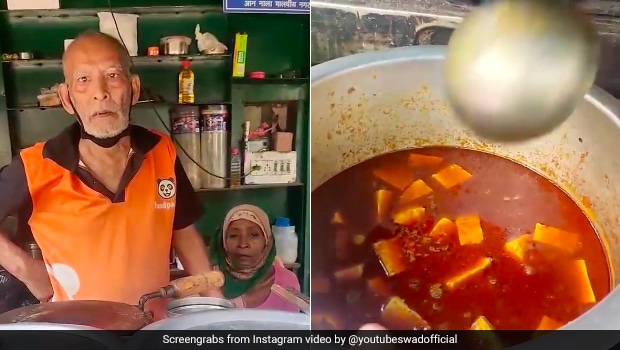 HighlightsBaba Ka Dhaba is a food stall in South Delhi run by an elderly coupleThe duo was struggling to make ends meet due to the pandemicA video of their situation has gone viral on social mediaThere is no denying the fact that the Coronavirus pandemic has brought a standstill to many small businesses. Among the hardest hit are the ones which are in the restaurant and food industry. Street food vendors and roadside stalls are left with little or no earnings, with people largely dependent on their savings for their everyday needs. Amidst the crisis, a video on social media has given a ray of hope to one such food stall.Baba Ka Dhaba is a 30-year-old food stall in Malviya Nagar, New Delhi, that is run by an elderly couple. The couple have been struggling to earn due to the ongoing pandemic. Their plight was brought to the forefront by food blogger Gaurav Wasan in a video that went viral on social media. Take a look:(Also Read: Delhi Government Begins ‘Hunger Helpline’ To Ensure Food Supply During Lockdown)In the video, the owner of the stall, 80-year-old Kanta Prasad explains how they are barely managing to make ends meet due to reduced footfall. He showed the dishes such as Dal, Paneer Matar and Aloo Soya which are reasonably priced in the range of Rs. 30 to 50. While explaining his condition to the food blogger and when the latter tried to console him, the owner broke into tears.Food blogger Gaurav Wasan told NDTV, “When I came here yesterday I had goosebumps on listening to their plight. They had earned barely Rs. 70 a day. They had come at 6:30 am to set up the shop and had spent Rs. 500 but even after lunchtime they had earned only Rs. 70. So I decided to record and share the video to help them. I am overwhelmed with the kind of support that he has received since then. It is great that there are so many people who want to help this man struggling due to poverty.”The touching video received over 9 million views on Instagram in less than a day since it was shared. The hashtag #BabakaDhaba is one of the topmost trends on Indian Twitter. Several celebrities such as Sonam Kapoor and Ravichandran Ashwin also reached out to find out how they could help out and do their bit for the stall owner. Take a look at the reactions:I am not able to message you, but is there a way I can help that man?? I would like to contribute.— Ashwin ???????? (@ashwinravi99) October 7, 2020Hi could you please dm me details.— Sonam K Ahuja (@sonamakapoor) October 7, 2020Cud I have details of this baba ji pls— Divya Dutta (@divyadutta25) October 8, 2020Wooohoooo! ???????????????? Twitter can do good too! ???????????????????????????????????????????????? #BabaKaDhaba#MalviyaNagarhttps://t.co/yyJNbJwGhy— Swara Bhasker (@ReallySwara) October 8, 2020Kindly help this respected old gentleman’s dhabha to connect with Swiggy too????, he can get more customers ! Matar paneer looks so scrumptious !His honest tears of hard work with despair his spirit to continue serving mouthwatering dishes ,touches my heart????! Will visit his dhaba— pri (@priyaprasad26) October 8, 2020This is actually our india. Our culture is Standing for each other’s in difficult times. God Bless India.— Mohammed Sajjid ???? (@sajjid_mohammed) October 8, 2020The power of social media has revived the stall which is now flooded with people. Contributions are also flooding online for the elderly couple. We hope to see more such positive movements on social media in future as well! Comments