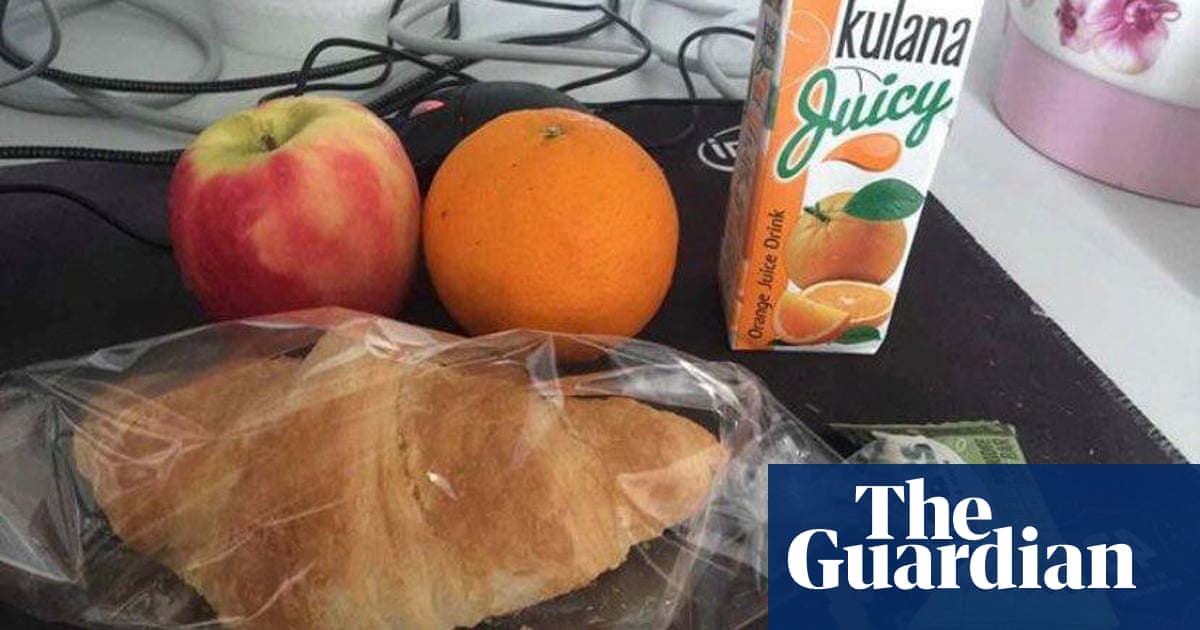 Students in lockdown across Britain have complained about the cost and quality of the food provided by their universities, with some charged hundreds of pounds for meal packages including baked beans and instant noodles.

With outbreaks recorded at more than 90 UK universities, some involving hundreds of people, the support provided by the institutions is coming under scrutiny.

Students have said they are struggling to feed themselves since supermarket delivery services are inaccessible or limited, and kitchen facilities lack space to stockpile food for the two weeks for which they have to quarantine.

Many have responded to universities’ patchy support by posting photos of their unpalatable emergency food packs on social media. They have complained they have no option but to pay high prices to their university for low-quality food, some of which takes days to arrive.

Students at Queen’s University Belfast are being charged £15 a day (£210 for a fortnight) for meals that might comprise cereal, noodles and a microwave curry. The Belfast Telegraph estimated that such supplies for a fortnight would cost £55 in a local Tesco. According to the Save the Student annual survey of student finances, the average student spends £100 a month on groceries.

More than 1,500 students at Lancaster University have signed a petition urging the university to stop “profiting from self-isolating students” who are paying £17.95 a day for meals the students estimate cost £4.

One student contacted the Guardian to say: “I can’t afford to pay that much. If I get symptoms I will have to go to town and bulk-buy food just to make sure I am able to eat.” The university said it was charging less than it would for its normal dining-in restaurant and cafe offer.

Two students in Edinburgh’s catered Pollock halls of residence have set up an Instagram account called @PollockPrisoner to share insights into life in “the UK’s most expensive prison”. Posts include images of nuts being given to students with nut allergies and dinners of “sweaty potatoes and white sludge”. The university has also been criticised for providing a Muslim student with a ham sandwich and bacon crisps, though it said it was now accommodating dietary requirements.

While Northumbria University, which has had 770 students test positive for Covid-19, is offering its students a comparatively generous support package, including food vouchers and free meal parcels, some students have complained on social media of packages taking a week to arrive. As a result, local volunteers from the council and fellow students have stepped in to deliver food to those who are self-isolating.

Students at Durham who have paid more than £2,000 for the academic year to cover food in catered halls are receiving packages of dried and tinned goods, including baked beans and instant noodles. One student posted on Twitter that the food they had been supplied with “resembles baby food”, and that they had no access to alternatives through takeaway or delivery services. Durham’s Stephenson College lists prices of £29.60 for a three-day box of food on its website.

The University of East Anglia has bowed to student and media pressure to reduce fortnightly costs to its students from £252, and agreed to refund the difference to students who have already paid. Some students remain unhappy that the costs are still too high, at £168 for the fortnight.

Although the university says it does not charge a markup on food deliveries, students at Sheffield are asked to pay £40 for a recipe pack to make four meals including fried rice, tofu and beef noodle soups, and a black bean stir fry. The university says there will be surplus ingredients with which to make other meals.

The University of the Arts London is charging students £16.50 a day for a breakfast box, sandwich package and main hot meal.