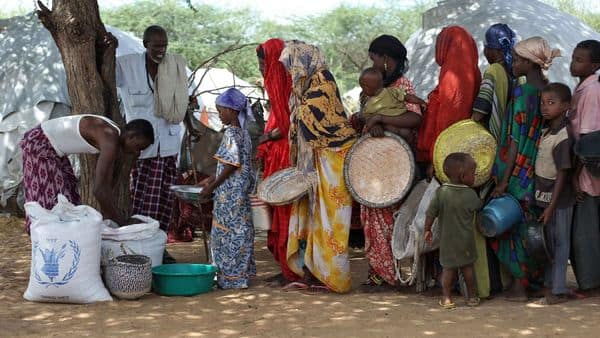 The World Food Program won the Nobel Peace Prize 2020 on Friday for its efforts to combat hunger, the Nobel committee said. “With this year’s award, the Norwegian Nobel Committee wishes to turn the eyes of the world towards the millions of people who suffer from or face the threat of hunger,” Nobel committee chairman Berit Reiss-Andersen said.

Founder in 1961, the United Nation’s organisation helped 97 million people last year. They have distributed rations to 88 countries in 2019. On any given day, WFP has 5,600 trucks, 30 ships and nearly 100 planes on the move, delivering food and other assistance to those in most need. Every year, we distribute more than 15 billion rations at an estimated average cost per ration of $ 0.61, the organisation said. Whether delivering food by helicopter or on the back of an elephant or a camel, the WFP prides itself on being “the leading humanitarian organisation” in a world.

WFP’s efforts focus on emergency assistance, relief and rehabilitation, development aid and special operations. “Two-thirds of our work is in conflict-affected countries where people are three times more likely to be undernourished than those living in countries without conflict,” the organisation said.

WFP is the largest humanitarian organisation implementing school feeding programmes worldwide and has been doing so for over 50 years. In 2019, WFP provided school meals to more than 17.3 million children in 50 countries, often in the hardest-to-reach areas. In 2019, WFP provided 4.2 million metric tons of food and $2.1 billion of cash and vouchers.

“WFP meets people’s food needs through cash-based transfers that allow the people we serve to choose and shop for their own food locally,” it said.

The UN programme has more than 17,000 staff worldwide of whom over 90 percent are based in the countries where the agency provides assistance. It has partnered with more than 1,000 national and international NGOs to provide food assistance and tackle the underlying causes of hunger.

It was a “powerful reminder” that ending global hunger was inextricably linked to ending wars and conflicts, World Food Program said. “This is a powerful reminder to the world that peace and #ZeroHunger go hand-in-hand,” the Rome-based organisation said on Twitter.

The head of the UN World Food Programme, David Beasley, has told The Associated Press that he was left speechless by the awarding of the Nobel Peace Prize to his organisation.

“I think this is the first time in my life I’ve been without words. I was just so shocked and surprised,” Beasley said.