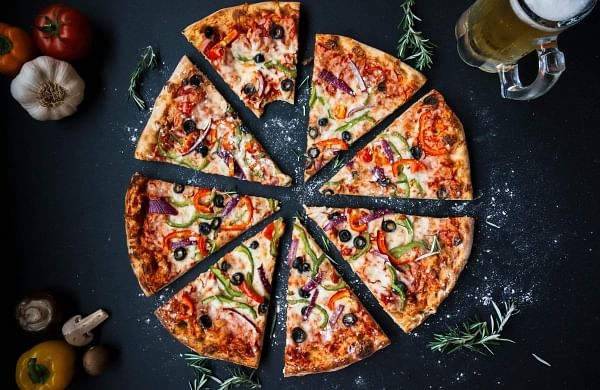 Portland Pie-branded products are supplied by It’ll Be Pizza.

The man arrested in Dover, New Hampshire, is a former employee of the company, police said.

The police investigation widened in subsequent days to include other tampering cases in Sanford, Maine, and in Dover, New Hampshire.

Hannaford on Sunday issued a recall for all Portland Pie dough and cheese products sold between Aug. 1 and Oct. 11 at its 184 stores in New York, Massachusetts, Vermont, New Hampshire and Maine.

“Out of an abundance of caution, Hannaford has expanded its recall for Portland Pie pizza dough to include all Portland Pie branded products at all Hannaford stores,” said spokesperson Ericka Dodge.

The spokesperson referred other questions Monday to the Saco Police Department, which is leading the investigation.

Nicholas R. Mitchell, 38, of Dover, remained detained Monday on a fugitive from justice charge at the Strafford County Jail in Dover, New Hampshire.

The jail didn’t have any information on whether he had a lawyer.

Saco Deputy Police Chief Corey Huntress said the suspect will be extradited back to Maine.

Charges will be revealed when he’s arraigned in court in Maine, Huntress said Monday.

Recipe: You must try this basic vanilla mug cake today – The Indian Express