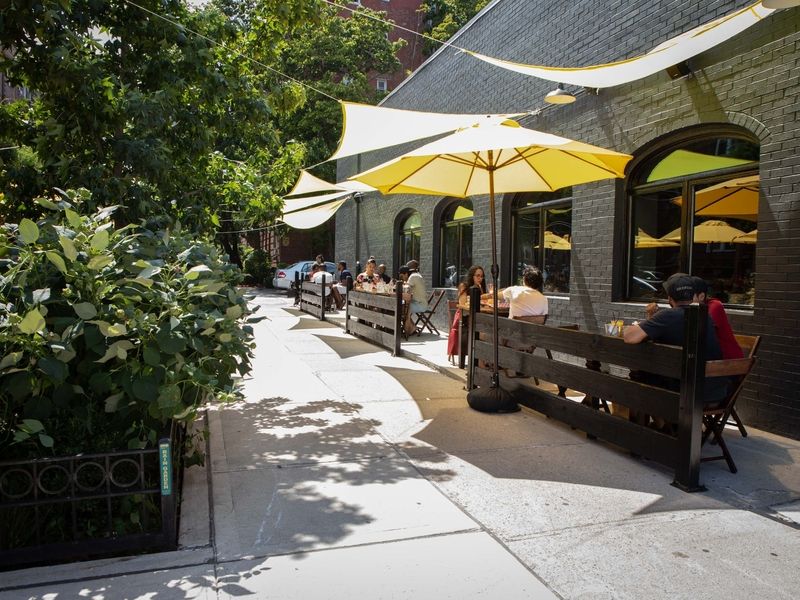 When the city shut down in March, Dawn Skeete had to decide whether to close her one-year-old Red Hook restaurant, Jam’It, or keep it open, knowing whatever income she made would only cover basic costs.

“It was difficult, period. Whether it’s a pandemic or not, given the fact that I am a Black-owned, Caribbean restaurant in this particular neighborhood, is a difficulty in itself,” she said. To stay afloat she was focused on rent, labor and food costs, not marketing.

But now, she is taking part New York’s first-ever Black Restaurant Week. A national campaign that’s previously operated in eight cities including Philadelphia, New Orleans and Houston, the program aims to boost awareness and exposure of Black-owned eateries. The inaugural New York edition comes to the city after a year of extreme stress for the restaurant industry, and it is no secret that the pandemic has slammed Black-owned businesses particularly hard. Nationally, 41% of Black-owned firms are expected to shutter as a result of the pandemic versus 17% of white-owned ones, and in New York City, 85% of minority and women owned businesses did not think they would make it through the end of the year, according to a July comptroller report.

“A lot of restaurants don’t have PR firms or social media managers, they’re doing everything in-house, by themselves, so when something major like this takes a hit in the economy, they’re going to be the first ones to feel it, because there’s just no cash reserves or, there’s just no extra money for them to pull from,” said Falayn Ferrell, co-founder of the event.

By contrast, Black Restaurant Week is allowing all participating eateries to join for free. It’s a move that can boost business: eateries that partook in 2019 saw revenues increase anywhere from 25-40%, according to event organizers. And while some restaurant weeks take a cut of the sales restaurants make, this one allows firms to retain all revenue from the week, Ferrell said.

Black Restaurant Week traditionally attracts around 70 restaurants but that New York’s edition is on track to blow that number out of the water, Ferrell said.

“It’s going to help raise awareness,” said Dawn Kelly, owner of The Nourish Spot in Jamaica, Queens. Marketing efforts can fall by the wayside amid more pressing costs but they are also critical in a time like this, she said.

“Media professionals, right, journalists, what we’re reading is that the whole retail environment is shut down and that there’s nobody open. But that’s not true, there are a lot of us that are still persevering through the pandemic and doing our best to remain open,” Kelly said, adding: “That’s another thing, another gain for us if you will, through this Black Restaurant Week. Those of us that are navigating survivors remorse, there’s someone helping us to alert people that we’re still open and viable.”

Listen: Will the Restaurants Come Back? – The Atlantic