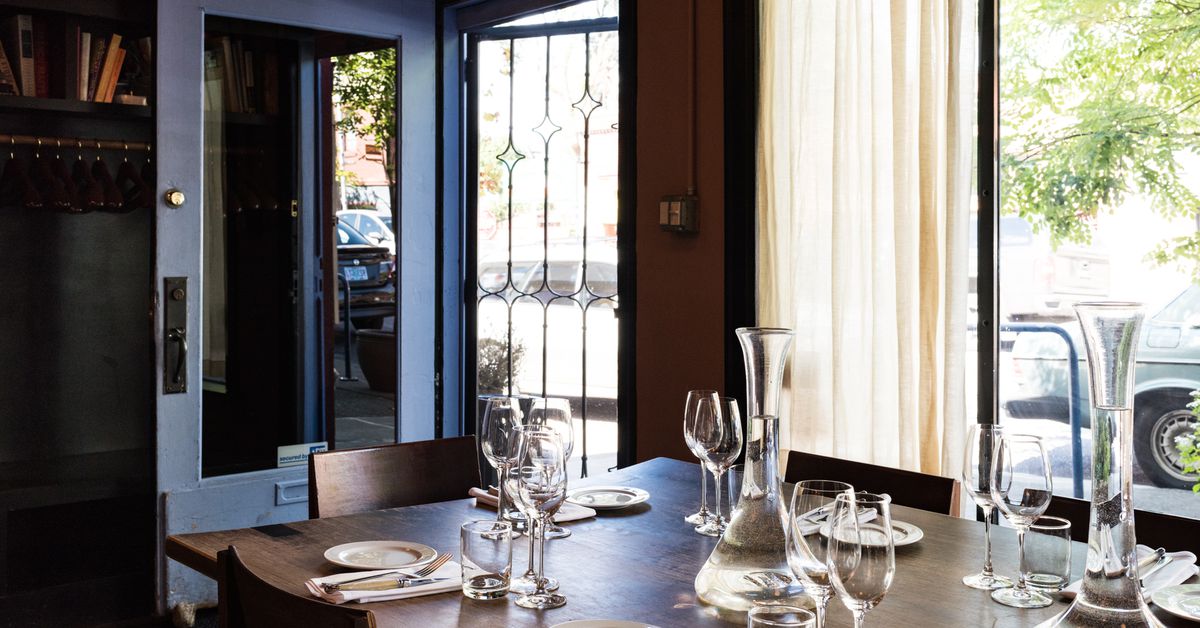 Beast — one of the early stars in Portland’s culinary renaissance — will not reopen in its current location.

Murmurs began on Instagram in May, when Pomeroy posted a long Instagram post announcing the closure, before she quickly deleted it. Earlier that month, KOIN reported that the restaurant “is not expected to reopen,” citing the potential reopening restrictions on her restaurant. Days later, Pomeroy posted again on Instagram, describing the incident and sharing that she would provide an announcement “when I have the words again.”

That announcement came on October 14, when the Oregonian broke the news that Pomeroy would, in fact, open a different concept in the former Beast space. She told the paper that, if she reopened Beast at all, it would be after the pandemic, in a new location with more space to spread out. Expatriate, her perpetually buzzy bar across the street, should reopen in November; that’s when she’ll open her new concept in the Beast space, as well. That concept is still under wraps, but she told the O that she hopes it “helps people make restaurant-style meals in their homes.” Pomeroy has yet to respond to Eater’s requests for comment.

Beast’s intimate, family-style dinners were born from Pomeroy and her ex-partner Michael Hebb’s pop-up Family Suppers, a rag-tag novelty that charmed diners long before “pop-up” became a familiar phrase (famously, guests would be asked to bring their own chairs to the couple’s living room; Beast’s own site describes the era as one that involved “dodging authorities, using salvaged doors rigged as tabletops, and defrosting shrimp in the bathtub”). The Family Suppers were part of the Ripe Group, which also saw now-familiar names like Tommy Habetz (of the Bunk empire), Troy MacLarty (of the Bollywood Theater empire), and Morgan Brownlow (who co-founded Tails & Trotters) pass through before it folded in 2006.

Beast, which opened in 2007, was Pomeroy’s solo brick-and-mortar restaurant. It extended that original supper club vibe, offering multi-course set menus only (also famously, with no substitutions) and communal seating before those practices, too, were industry norms. “Everything that Beast is, including a six-course set menu, was born of necessity,” Pomeroy told Eater in 2017. “We didn’t do that because we were like, ‘Hey we have to do this set menu thing.’ We did it because that was how we could ensure that the business model worked.” Signature dishes — like a beautifully labor-intensive charcuterie plate and deceptively simple veloutes — would come to the fore.

Pomeroy won a James Beard Award for Beast in 2014. In 2018, the restaurant instituted more casual seatings as a nod to changing times. Earlier this year, Expatriate made the finalist list for Best Bar Program.

In the last few months, Pomeroy has been vocal in the political fight for restaurants as a part of the coronavirus-related financial crisis. She is a prominent member of the Independent Restaurant Coalition, the lobbying group representing restaurants and fighting for things like a restaurant stabilization fund. The IRC was active in developing the CARES Act, which established the Paycheck Protection Program. However, Pomeroy quickly expressed her frustrations with the loan program, especially considering the current state of the industry. “If you get funded and you need it to all be forgiven, which I think is the situation that most of us are in… we can’t,” Pomeroy told Eater editor in chief Amanda Kludt. “Going into an uncertain economic future and restaurants with extra loan obligations sounds like a recipe for disaster.” Most recently, she appeared alongside U.S. Representative Earl Blumenauer when he announced the impending House vote on the RESTAURANTS Act, a second take folded into the Heroes Act that creates more specific grants for independent restaurants.

But with no stimulus funding in the immediate future, Beast will stay closed. This story will be updated with more information.