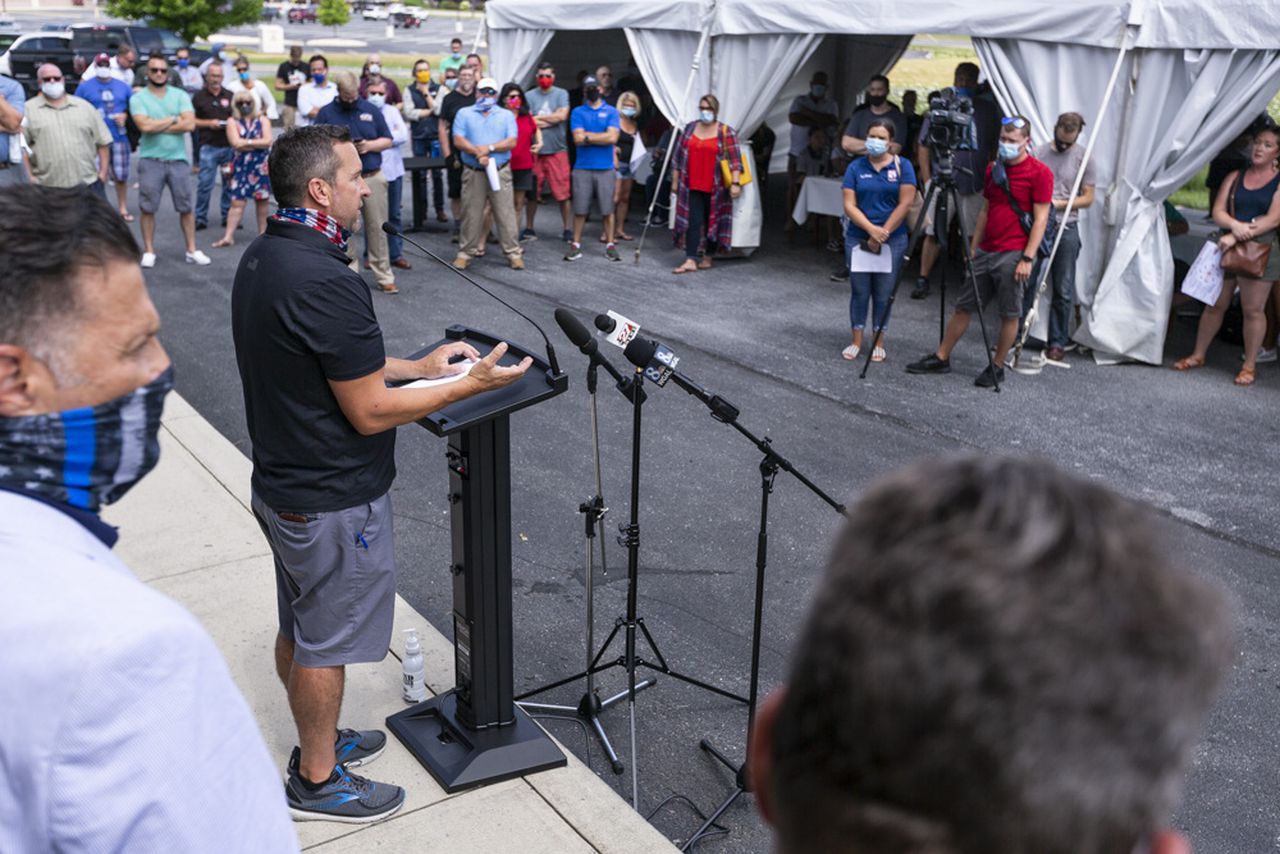 A group of central Pennsylvania restaurant and bar owners is calling on the state House of Representatives and Senate to override Gov. Tom Wolf’s veto of a bill that would have loosened coronavirus-prompted restrictions on the hospitality industry.

House Bill 2513 would have set minimum capacity for restaurants and taverns at a minimum of 50% and even beyond that if the premises allow.

It would have further allowed establishments to permit patrons to sit at bars, provided they socially distance, and would eliminate the requirement that a meal must be purchased to buy an alcoholic beverage.

On Saturday, the coalition of restaurant and bar owners said they are in a fight to preserve jobs, their businesses and their livelihoods, calling Wolf’s veto an unfair and industry-killing government restriction.

“The governor has once again continued to starve our industry and won’t allow valuable areas of our operations to open, even though we have complied with every regulation imposed on us during the pandemic by multiple state and federal agencies,” said Matt Flinchbaugh, coalition leader and owner of Home Slice at Walden in Mechanicsburg and Flinchy’s in Camp Hill.

“We urge the PA Senate and House of Representatives, especially the Democrats who voted for the bill, to stand up for their businesses, workers, jobs and constituents and vote for an override of this devastating veto,” he added.

Two-thirds of Senate and House legislators would need to vote in favor of the override, which could occur as early as Monday. But it has been a decade since the General Assembly has succeeded in overturning a veto by the governor.

The bill originally passed with large majorities in both chambers, with 72% of the House and 88% of the Senate voting in favor of it.

Flinchbaugh said in a press release that this bill would be a lifeline for an industry in a critical situation, particularly as the season for outdoor seating draws to an end.

“We need immediate relief from some of the most arbitrary and onerous orders issued by Gov. Wolf that threaten our livelihoods, the jobs of tens of thousands of our workers across the state, and the ability of Pennsylvanians and visitors to determine where, when and how they enjoy a meal or an alcoholic beverage at our establishments,” he said, pointing out that hospitality is the state’s second-largest industry.

Back in July, Wolf had tightened restrictions on eating establishments and rolled back indoor seating limits to 25%.

A few weeks ago, he offered some relief by bumping up indoor seating to 50%, but restaurant owners expressed disappointment over a new 11 p.m. cutoff for booze sales.

Upon vetoing the House bill Friday, Wolf wrote, “This bill jeopardizes public health and safety as it permits eating establishments, including restaurants, bars, clubs and banquet halls, to operate up to 100% capacity, without having to follow any mitigation guidelines of the Centers for Disease and Prevention or the Commonwealth.”

He added it increases the likelihood of COVID-19 outbreaks, and the mitigation efforts need to remain in place heading into the colder months with the potential for a resurgence.

And the colder months also make outdoor seating difficult at bars and restaurants.

“Our businesses, the lifeblood of our local communities, struggle to make it after the governor imposed new restrictions on our operations,” Flinchbaugh said. “If this bill becomes law after lawmakers successfully override Gov. Wolf’s veto, we can move ahead and provide vital jobs and the nourishment and socialization that help Pennsylvanians enjoy life during these trying times.”

Enjoy some mind-blowing vegetarian offerings from The Acre – NMLiving