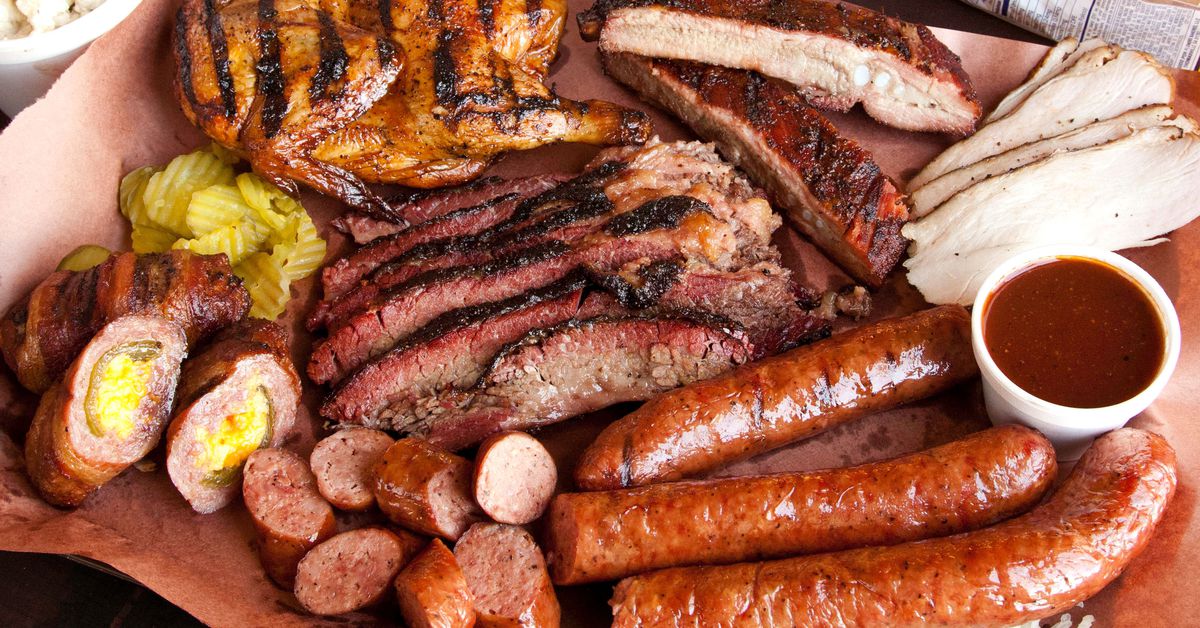 Barbecue Restaurant Expansion
Elgin barbecue restaurant Southside Market & Barbeque opened its fourth location in Hutto last week on October 15. The 106 Co-op Boulevard restaurant, known for its sausages among other smoked meats, is open with dine-in (indoor and patio), takeout, curbside pickup, and drive-thru services. The restaurant from co-owners pitmaster Bryan Bracewell and Rachel Bracewell is known for its sausages, among other smoked meats. The original Elgin location opened in 1882 by founder William Moon. Bryan Bracewell’s grandfather bought the restaurant in 1968. New locations opened in Bastrop in 2014, and Austin in 2019. The Hutto restaurant’s hours are from 10 a.m. to 8 p.m. daily.

Italian Food Subscription Service
After remaining closed for some time, Mueller Italian restaurant L’Oca d’Oro is coming back as a regular subscription service starting the week of October 26. L’Oca d’Oro at Home will feature family-style dishes, available either weekly or monthly for pickups starting at either $60/week or $95/month, plus there’s essentially a wine club with a box of wines starting at $32/month. On deck are dishes such as beef ragu with stuffed ravioli, burrata, roasted acorn squash with taleggio cream, and more. Subscribers to the food boxes will be able to buy pantry items from the restaurant, add on wine bottles, and receive a weekly newsletter.

Coffee Roasters Award
Austin coffee roaster Greater Goods Coffee Co., from co-owners Khanh Trang and Trey Cobb, was named micro-roaster of the year for 2021 by trade publication Roast. It’s the first time a Texas coffee company has won this award. The roasters are known for its heavy charitable component, where donations are given to one of four Austin-area nonprofits with the purchase of every bag of coffee.

Then, both Tso Chinese Delivery and Treaty Oak Distilling were named spotlight award winners, as part of the Austin Chamber and South by Southwest’s A-List of the year.

Forthcoming Culinary Student Arts Center
Austin Community College’s renovations to its Highland campus will include a major culinary arts center, as reported by CBS Austin. The department’s space will include a restaurant from the students and five kitchens. The new campus is projected to be done by the fall of 2021.

‘Pizza Terror’: Belgian Man Has Been Receiving Pizzas for Over a Decade but He Never Ordered – News18