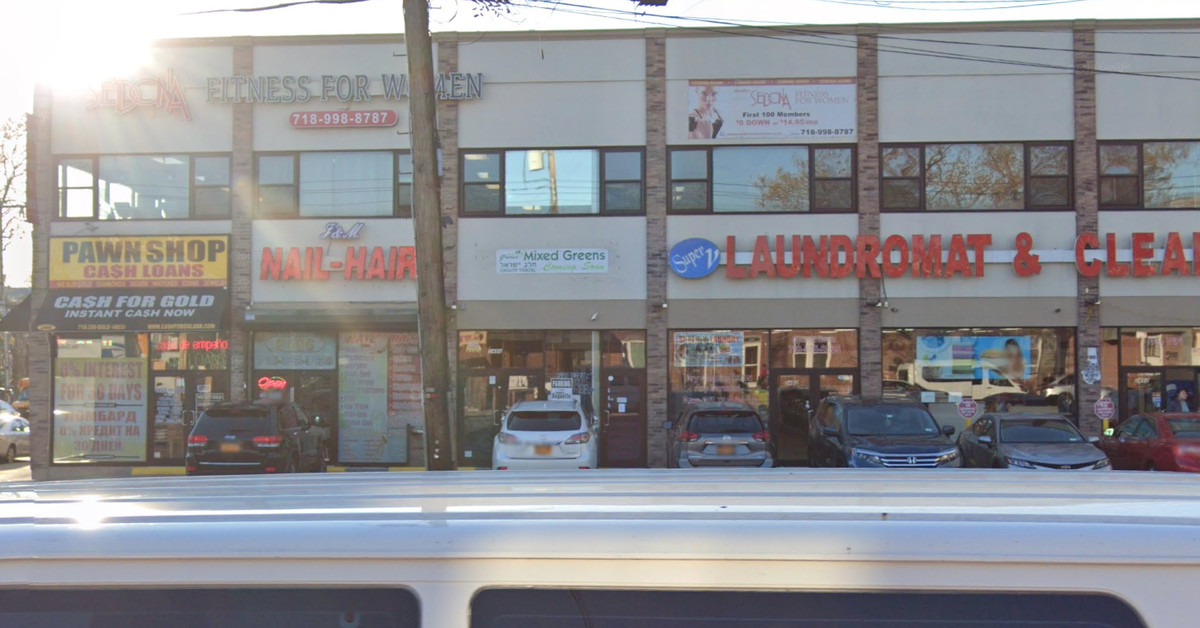 In Gravesend, Brooklyn — one of the city’s red-zoned shutdown areas, where restaurants are currently restricted to takeout and delivery only — a cafe owner has thrown a spotlight on how shutdown rules are being enforced after filming a city inspector who appeared to be issuing a citation to the cafe over an open front door. The filmed interaction has fueled claims that enforcement of the shutdown regulations has been confusing and unfair for some small business owners.

The video, posted on Twitter by Gravesend’s district Councilmember Chaim Deutsch on Tuesday night, depicts the owner of Kosher Israeli restaurant Mixed Greens Cafe confronting a city inspector while the person writes up a citation for the cafe having its doors open while running takeout and delivery service. The incident was first reported on by The Post Millennial.

The owner claimed that he has been following all the rules for takeout and delivery-only, and expressed shock at receiving the ticket.

On the video, the inspector told the owner that “you’re only supposed to do takeout and delivery at the door,” before handing over the summons. When pressed further, the inspector ignored the questions for clarification and said, “I’m not here to argue. I’m only reporting.”

“Why would anyone want to open a business in NYC??” Councilmember Deutsch said on Twitter when he posted the video. “A cafe in our district today received a summons for having their doors open!”

The owner told the Post Millennial that support poured in from customers after Deutsch posted the video on Tuesday night. The cafe has been inundated with orders since the incident was made public.

In a press conference on Wednesday, Mayor Bill de Blasio said he was “not familiar” with the incident but confirmed that the mayor’s office would follow up to learn more about what had happened.

“I don’t want to see any store penalized on a technicality that isn’t about health and safety,” de Blasio said.

During the press conference, de Blasio acknowledged that in a recent meeting with community leaders, concerns had been raised about arbitrary enforcement in red-zoned neighborhoods. He said that he’s working with Gov. Andrew Cuomo’s office to provide more clarity around proper shutdown regulation enforcement.

“This is something that we’ll be talking with the state about, of how to strike the right balance,” de Blasio said.

Parts of south Brooklyn and Queens have been designated as red zone areas for the past two weeks as the city grappled with concerning rises in positive COVID-19 tests. The city issued 62 tickets, totaling over $150,000 in fines, over operating violations during the first weekend that the shutdown was in place.

Today, Cuomo announced that all of Queens was moving out of the red zone, while some neighborhoods in south Brooklyn including Gravesend will remain in the red zone for now.

Food in 2050: bacon grown on blades of grass and bioreactor chicken nuggets – The Guardian