Christian Kruse started Sept. 10 at the business that’s been serving customers on Mountain Road near Stowe Mountain Resort since 1968

STOWE – A deli with an executive chef? Why not? A long-standing spot in this ski-resort town just hired one.

What is the place?

The Edelweiss Mountain Deli has been serving locals, tourists and hungry skiers for 52 years. The menu is loaded with sandwiches, soups, baked goods and salads. The business that’s on the Mountain Road heading toward Stowe Mountain Resort doubles as a market, with shelves carrying everything from Vermont beer to Vermont breads. (A chalkboard behind the checkout counter bears a long list of in-state purveyors contributing to the deli’s inventory.) 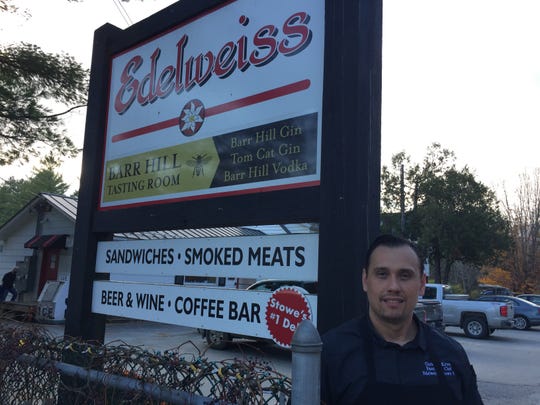 What’s the story behind it?

Deli owners Jeff and Kris Clarke wanted to crank the menu up a notch. Jeff Clarke said even before the COVID-19 pandemic he was seeing a movement by people drawn toward high-quality, on-the-go, prepared foods.

The couple set out to hire an executive chef. They landed Christian Kruse, who started Sept. 10. Kruse, 36, most recently ran the Vergennes Laundry restaurant and previously served as executive chef at the Basin Harbor resort outside Vergennes.

Kruse has brought bits of his Filipino, Danish and French-Canadian heritage as well as his time spent working at restaurants in New York, Utah and Seattle to the meals he’s introducing to Edelweiss. Last Friday’s menu included beef pot pie, seared salmon with kohlrabi and radish slaw and chicken with mushroom and risotto.

“You can make grab-and-go food attractive and creative,” according to Kruse. “Their customers were requesting this and they’re still requesting it. It’s been a big hit.”

Kruse ran Vergennes Laundry for almost three years and was looking to sell his restaurant before the pandemic began. His planned sale was delayed, but in early September he completed a deal to sell it to Nadia Dole. Kruse described her as “a frequent patron of the original Vergennes Laundry” who wanted to return the business to its baked-goods roots.

A pandemic, Kruse said, is a good time to make a shift in plans, especially in the food business. “The restaurant scene is going to change,” he said. “It’s just what’s going to happen.”

While the idea of sitting in a dining room for 90 minutes isn’t going away, Kruse said, the need to be flexible will remain for restaurants whether or not there’s a pandemic. “We’ve got to be creative in a time like this,” he said. 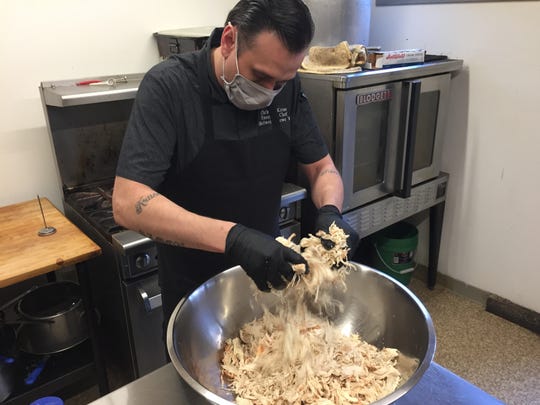 New restaurant scheduled to open in downtown Louisville as others struggle, shut down – WAVE 3