To print this article, all you need is to be registered or login on Mondaq.com.

[This guest post was written by Kira-Khanh McCarthy, a law clerk
in the Trademark Group at Wolf, Greenfield & Sacks, P.C.]. No
matter how you slice it (or fold it in this case), Applicant A
Pizza LLC was unable to overcome the PTO’s Section 2(e)(1)
refusal to register ORIGINAL FOLDED PIZZA [PIZZA
disclaimed] for pizzas. The Board considered the individual
elements of Applicant’s proposed mark and found that, as a
whole, ORIGINAL FOLDED PIZZA is “no more than the sum of its
descriptive parts.” Would you have appealed? In re A Pizza LLC, Serial No. 88283932
(November 17, 2020) [not precedential] (Opinion by Judge
Christopher Larkin). 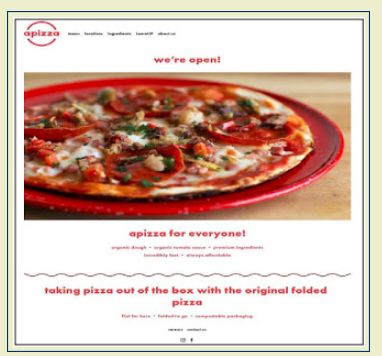 The Board acknowledged that its analysis must be two-fold:
“Indeed, we are ‘required to examine the meaning of each
component individually, and then determine whether the mark as a
whole is merely descriptive.'” DuoProSS Meditech Corp.
v. Inviro Med. Devices, Ltd., 695 F.3d 1247, 103 USPQ2d 1753,
1758 (Fed. Cir. 2012). It then considered the parties’
arguments and evidence.

Examining Attorney Udeme U. Attang maintained that the proposed
mark “is highly descriptive because it identifies a feature
and characteristic of applicant’s pizza goods” and that
“both the individual components and the composite result are
descriptive of applicant’s goods and do not create a unique,
incongruous, or nondescriptive meaning in relation to the
goods.” As evidence, she submitted dictionary definitions of
“folded” and “pizza” and argued that “when
ORIGINAL is combined with those words . . . the combination
‘directly conveys information about a feature and
characteristic of the goods, namely, that applicant’s pizza
goods are the first of its kind and that the pizza has one part
laid over another part.'” In addition, to show that pizza
consumers would acquaint “folded pizza” with pizza in
which one part is laid over another, she submitted evidence of
third-party webpages referencing “folded pizza” in
connection with calzones.

Applicant made one sole argument: “[T]he word
‘folded’ means ‘drunk’ which adds an alternative
congruous [sic] meaning to the mark – that of a drunk slice of
pizza.”

When analyzing the individual components of Applicant’s
proposed mark, the Board agreed with the Examining Attorney that
the word ORIGINAL is merely descriptive of Applicant’s goods
because it touts the “first-of-its-kind” nature of
Applicant’s “original folded pizza.” Next, the Board
found nothing in the record nor Applicant’s own website to support Applicant’s argument
that FOLDED provided ORIGINAL FOLDED PIZZA with an alternative
incongruous meaning as “a drunk slice of pizza.” (Snip
from Applicant’s website immediately below.) “There is no
doubt that the word FOLDED in Applicant’s proposed mark is
merely descriptive of the goods because it describes the fact that
certain of Applicant’s pizzas are ‘folded in
half.'” [See excerpts from Applicant’s website,
below]. Lastly, especially given the disclaimer, PIZZA was
undeniably held to be a generic for the applied-for goods.

Turning to the combination of the terms, the Board promptly
concluded that ORIGINAL FOLDED PIZZA, as a whole, is merely
descriptive. This was made especially clear considering that
Applicant’s use of the mark on its website gave “no
indication that Applicant claims ‘original folded pizza’ as
its trademark.”  “Because each word in the proposed
mark ‘retains its merely descriptive significance in relation
to the goods, the combination results in a composite that is itself
merely descriptive.'” In re Fat Boys Water Sports
LLC, 118 USPQ2d 1511, 1516 (TTAB 2016).

And so, the Board affirmed the refusal to register.

The content of this article is intended to provide a general
guide to the subject matter. Specialist advice should be sought
about your specific circumstances.

Trademarks Comparative Guide for the jurisdiction of India, check out our comparative guides section to compare across multiple countries

Copyright, Fair Use And Juries

Oracle owns the copyright to the widely used Java software platform. Google initially sought to license the Java software for smart phones, but ultimately proceeded to develop its own Android platform