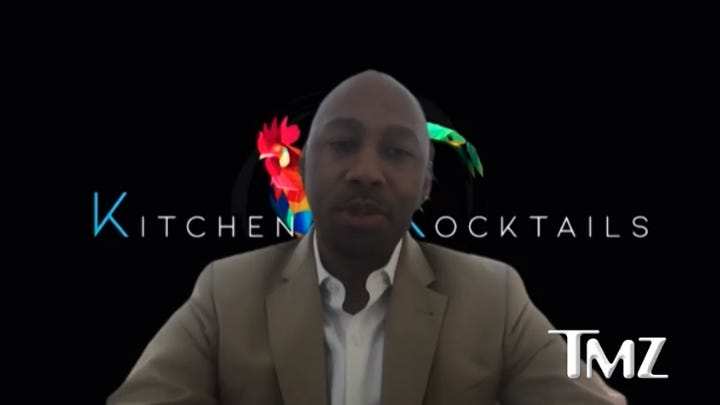 The owner of a restaurant in Dallas pleaded with customers not to twerk in his establishment, telling women “get the f— out” if they wanted to twerk, and that he couldn’t force male customers to “respect themselves” in the situation.

A video of the rant from Kevin Kelley, the owner of TRUE Kitchen and Kocktails, went viral on Twitter on Sunday. “I invested a lot of money into buying this building, into developing this concept, so Black people can have somewhere nice to go to,” Kelley can be heard telling customers in the video. “All this twerking and s— … Don’t bring it here, because we’re a restaurant.”

The video appeared to be shot after a group of women were dancing as the restaurant’s DJ played the song “Circle (Throw Dat Ass In A Circle)” by Lil Ronny MothaF, Eater reported.

In the video, Kelley said that since the majority of TRUE Kitchen’s customers “are ladies,” he wanted “men to show respect for themselves, for how they carry themselves here,” and suggested that men wouldn’t act appropriately in the presence of women who were twerking. “How can I tell the men to respect themselves when you guys are twerking?”

Kelley added, “If you wanna do that, get the f— out of my restaurant.”

The video has 3.7 million views on Twitter as of Tuesday morning.

Jay-Ann Lopez, the founder of the gaming community Black Girl Gamers, criticized Kelley in a response to the viral tweet, writing that the anti-twerking rant “reeks of antiblackness” and “reeks of misogyny.”

The viral video led to a flood of negative one-star reviews of the restaurant and Kelley’s twerking rant on Yelp, including one calling the incident a “hot mess.” Yelp has temporarily disabled new reviews for the restaurant and added a label to explaining its reasoning.”This business recently received increased public attention resulting in an influx of people posting their views to this page, so we have temporarily disabled the ability to post here as we work to investigate the content,” Yelp said in a label appended to the restaurant’s profile. “While racism has no place on Yelp and we unequivocally reject racism in any form, all reviews on Yelp must reflect an actual first-hand consumer experience.”

After the video went viral, the restaurant posted on Facebook and Instagram to say that the video was taken after guests at three different tables on Sunday were dancing on furniture with their hands on the restaurant’s windows and ignored requests to stop.

“While I would like to apologize to the patrons who I offended by my poor choice of wording, I think this full story and a bit of video may help your understanding of the final straw with guests addressed and asked to leave,” the post said. The restaurant included videos from earlier in the evening that depict Kelley asking guests not to twerk.

The post continued, “We are moving with a cause to show other minority entrepreneurs they can own their building, own their restaurant and they can be successful growing their own brand. There is nothing that will deter my team from this cause. We want the full support of the community who understands our cause because we value you and we will be here ready, willing and able to serve you with respect.”

In an interview with TMZ on Monday, Kelley said that he doesn’t “have a particular problem with twerking,” but that the behavior guests exhibited was inappropriate.

“At our restaurant, you’re always going to hear music, because we want to make sure that it’s a constant positive vibe for our guests,” he said. “I’m not here to make any indictment on people who twerk, because it gives people a good time, but that’s just not something that I can have in my restaurant.”

Kelley said that because he believes Black women are undervalued in the world, he doesn’t want people to twerk in the restaurant. “I’m mindful of how we all look as people,” he told TMZ. “I’m not saying it’s not the proper way to present the culture when you’re dancing and having a good time at a club. But I am saying it’s an improper way to present our culture in my restaurant.”

The restaurant did not immediately respond to a request for comment.

In Jharkhand, a Mockery of ‘Right to Food’ as Lockdown Relief Measures Fail to Deliver – The Wire