MESA, Ariz. – A popular Mesa restaurant is now closed for business after being damaged by a fire.

According to Mesa fire, the fire broke out at the HUB Bar and Grill near Sossaman and Baseline Roads. When crews arrived at the scene, they began to fight the fire from inside the restaurant, but pieces of the roof started to collapse, so firefighters were forced to battle the fire from the outside.

Several ladder crews were called in to get water on the fire from above.

No one was injured, but the restaurant said they will be forced to closed.

“In the proper fashion of 2020, we have sustained a small fire, will be closed until further notice,” the restaurant wrote on its Facebook page.

The cause of the fire is under investigation. 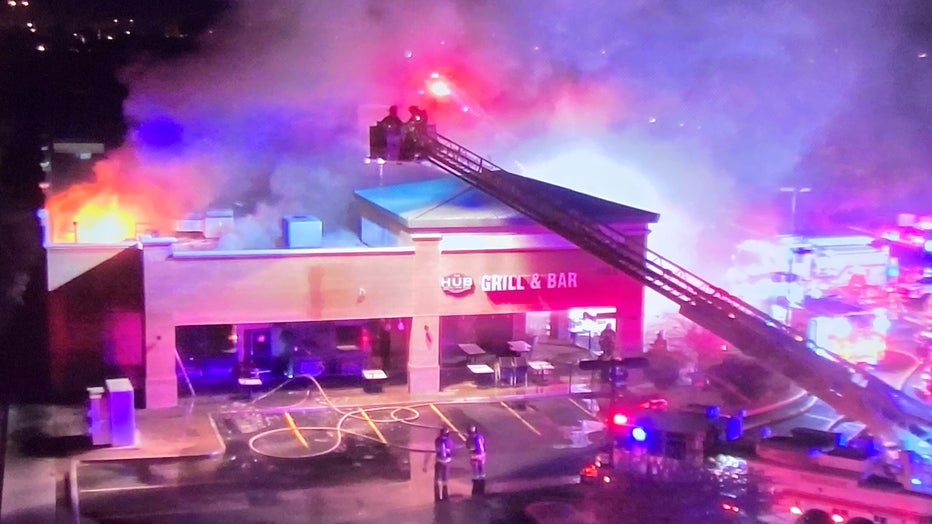 Get breaking news alerts in the FOX 10 News app. It is FREE! Download for Apple iOS or Android.