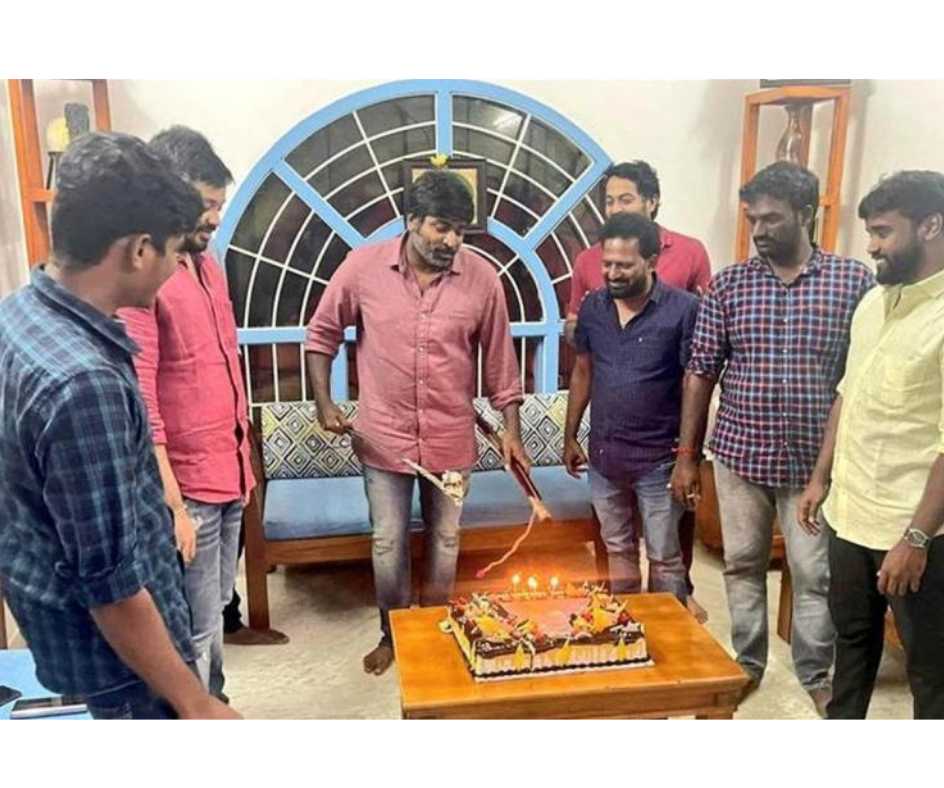 On the work front, Vijay Sethupathi is riding high on the success of his superhit film Master. Th film has managed to gross over Rs 50 Crore in Tamil Nadu alone

New Delhi| Jagran Entertainment Desk: Tamil superstar Vijay Sethuptahi has now turned 43 and he celebrated his birthday on Saturday but in a little different way and he was widely criticized for it. As on his special day, many social media users were pouring wishes for him, on the other hand, some trolled him for cutting his birthday cake with a sword.

Recently, a photo has been doing rounds on the internet in which Vijay Sethupathi was seen celebrating his birthday with his team but what went unnoticed was that the actor was cutting the cake with a sword.

However, after the picture went viral, the Master actor released a statement apologizing for setting a wrong example by cutting his birthday cake with a sword. Taking to social media, he wrote, “I thank all celebrities and fans who wished me on my birthday. Three days ago, a picture taken at my office has led to a debate.”

The statement further read, “I am currently acting in a movie directed by Pon Ram sir. The sword is an important part of the movie and hence I cut the cake with that alongside the crew members. Many of them told me that this will set a wrong precedent. Henceforth, I will be more cautious about these things. If the act has hurt anyone, I apologize for that.”

On the work front, the superstar is riding high on the success of his superhit film Master. The film starred iconic actors like Thalapathy Vijay and Vijay and the film has managed to gross over Rs 50 Crore in Tamil Nadu alone in just three days and the film is soon going to be remade in Hindi.

It is also reportedly said that Vijay and Vijay Sethupathi-starrer Master has crossed Rs 100 crore at the worldwide box office.

Kolkata Restaurant Is Offering Mask With Zip! Customers Can Eat While Wearing These Masks – NDTV Food

How Covid-19 upended the design of fast food restaurants – CNN