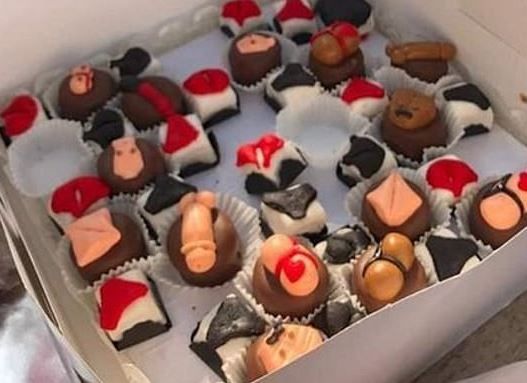 In yet another religious crackdown, a woman in Egypt was arrested after being accused of baking “indecent” cakes, that were topped with icing in the shape of genitals and lingerie. Notably, these cakes were served at a birthday party at an exclusive Cairo sports club and pictures of it soon went viral after someone posted it on the internet, BBC reported. Also Read – Two Men Cut Birthday Cake With Pistol, Gets Arrested After Video Goes Viral

Following the viral images, the baker was arrested and later released on $319 (£234) bail. A top Islamic authority in Egypt deemed such baked goods forbidden under religious law and described it as an ‘assault on the value system, and a crude abuse of society’. Also Read – TikTok Star Shadab Khan Accused of Rape by ex-girlfriend, he Says She Extorted Him

Meanwhile, the ministry of youth and sports is looking into the involvement of the club that hosted the private gathering. Authorities have also visited the headquarters of the Gezira Sporting Club where the party took place. Also Read – Egypt Reopens Airspace to Qatar Flights, Plane to Land in Cairo on Friday

See the pictures of the cakes here:

#Egypt : The pastry chef of somewhat risque little cakes shared by group of women at the Gezira club in Cairo has reportedly been arrested- in latest social media outrage being stirred up over purported moral breach – as TikTok influencers etc have also suffered #نادي_الجزيره pic.twitter.com/7tULlxFRuD

After the news of the arrest surfaced, many criticized the cakes saying it was ‘unacceptable socially’ and adding that ‘there are 100 ways to celebrate apart from f***ing penis and vagina’. However, many others also slammed the arrest, saying that it was ‘eliminating any space for personal freedoms in Egypt’.

In a tweet, Human rights lawyer Negad El Borai wrote, “there is a segment of society, with support of the state, that wants to eliminate any space for personal freedom in Egypt under the pretext of safeguarding Egyptian family values”. He also defended the guests involved in the party as ‘elderly women who wanted to break the routine of life’.

Notably, the arrested woman, who lives in Cairo is a registered pastry chef.

The controversy comes only days after an Egyptian court ordered two TikTok stars to be freed from jail in a case involving indecent videos.