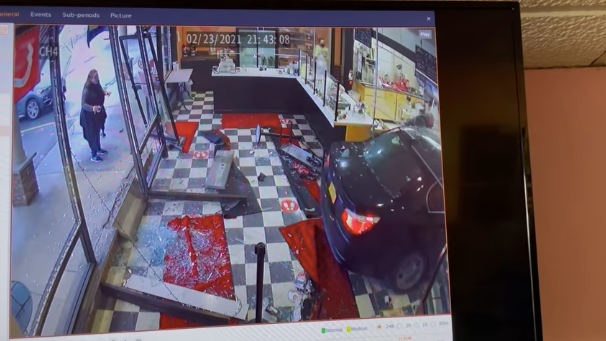 NEW YORK (1010 WINS) — A driver in her 80s crashed through an upstate New York bakery’s glass facade and into its pastry display on Tuesday — but no one was injured, according to a report.

Kathryn Ford, 82, drove her 2010 BMW 528i into Dolce and Biscotti Fine Italian Bakery in Clifton Park just before 5 p.m. on Tuesday after accidentally hitting the gas instead of the brakes, the Albany Times Union reported.

Bakery owner Mary Baldi-Fron was standing at the cash register when Ford crashed through, she told the Times Union.

“It happened so fast. I heard a crash and she was in the middle of the bakery,” she said. “We are blessed. Everything that was damaged can be repaired.”

The crash left a bystander with a minor arm injury that was treated at the scene, but Ford was not injured, the outlet reported.

Stella Restaurant and Bar closes after 15 years in the South End – Boston.com