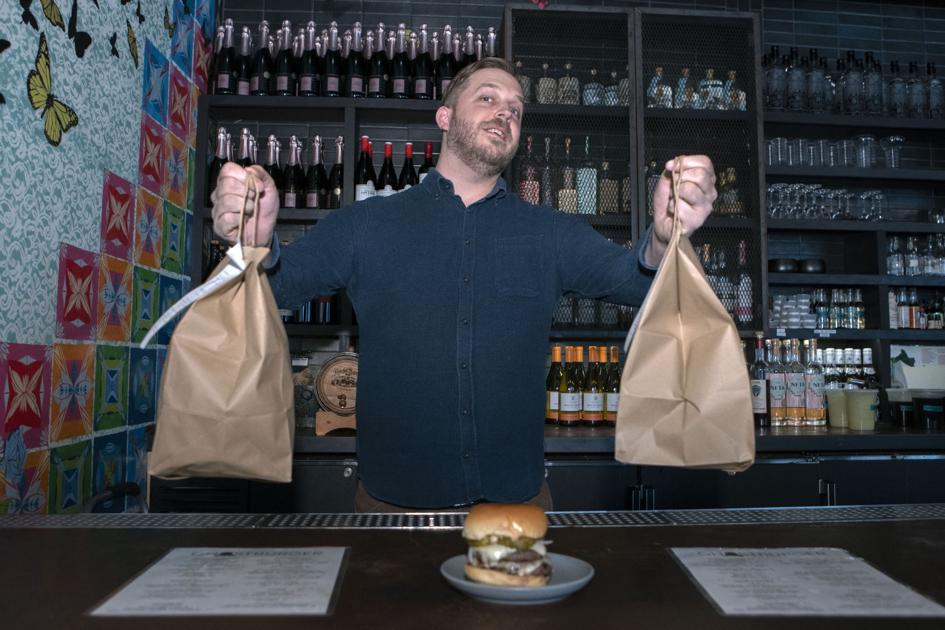 Do you know which restaurant cooked the meal you just had delivered? Increasingly, it can be hard to tell.

Delivery-only brands — cooked in another brand’s kitchen and often delivered by third parties like Uber Eats — were proliferating even before the pandemic. They’re an inexpensive way for restaurants to try a new concept or fill a need in the community; a burger place might try making tacos under a different name, for example.

But over the last year, delivery-only brands have seen explosive growth as the pandemic made delivery a more popular option. Big restaurant chains are now joining the fray, hoping to win new customers as traffic in their dining rooms dwindles.

On Wednesday, Applebee’s is launching Cosmic Wings, a delivery-only brand that specializes in chicken wings and Cheetos-flavored dipping sauce. Uber Eats will deliver the brand from 1,300 Applebee’s kitchens.

Celebrities are even getting in on the trend. Tyga Bites, a chicken nugget brand from rapper Tyga, and Mariah’s Cookies, backed by singer Mariah Carey, are among the brands offered by Virtual Dining Concepts, a new company that sets up delivery-only brands in restaurant kitchens. Coming soon: Mario’s Tortas Lopez and Pauly D’s Italian Subs.

Uber Eats says it has more than 10,000 delivery-only restaurants on its platform, up from 3,000 in 2019. More than half of that growth has come from national chains, the company said. Grubhub and DoorDash won’t say how many delivery-only brands are on their platforms.

Scott Gladstone, Applebee’s vice president of strategy and development, said making Cosmic Wings its own brand lets Applebee’s target customers it might not reach with its regular menu, where wings are one of nearly a dozen appetizers.

“This gives it the best chance to stand out on its own,” Gladstone said.

In some cases, delivery-only brands have become big businesses of their own. Brinker International, which owns Chili’s, says It’s Just Wings is on track to bring in $150 million in annual sales.

Josh Phillips, the co-owner of Espita, a stylish Mexican restaurant in Washington D.C., opened a delivery-only brand called Ghostburger in August to keep Espita’s kitchen running through the winter. He chose burgers because he wanted to reach new customers at a lower price point than Espita. They also travel well and don’t take much kitchen space to make.

It’s been so successful that Phillips is now scouting for locations for stand-alone Ghostburger restaurants. Ghostburger, which cost Phillips only $2,000 to launch, is now bringing in nearly $40,000 per week, or 60% of what Espita could make in a good week.

“I don’t see a world where we can stop. We’re more profitable today than we ever have been,” Phillips said.

Rick Camac, the dean of restaurant and hospitality management at the Institute of Culinary Education in New York, thinks demand for delivery will only grow. More restaurants now offer it, packaging has gotten better and delivery companies are getting faster, he said.

“Our habits have changed, and I don’t think they are going back very easily or quickly,” he said.

Still, he said, restaurants should put some thought into their delivery-only brands. A pizza restaurant can’t necessarily make good burgers, he said. And without a storefront, marketing can also be a challenge.

“The ones that don’t do it well will ultimately fail,” he said.

There has also been some blowback on social media when customers find out that the place they thought was a new local restaurant was actually a big chain. DoorDash says it encourages restaurant chains to disclose their virtual brands, but it’s not always clear where meals are being cooked.

John Dillon, Denny’s chief brand officer, said his company tries to be transparent, partly because its delivery-only brands showcase the variety of food Denny’s offers. But he also points out that 96% of Denny’s stores are run by franchisees, so patronizing them helps local communities.

Mikelya Fournier, a small business owner in Leesburg, Georgia, was excited to see a new restaurant — It’s Just Wings — on DoorDash one night. She dug around and discovered it was made by Chili’s. But she thinks the food is delicious and she’s happy to have another delivery option.

“Food deserts are rampant in my area, so having a bigger chain come in and fill a need is amazing,” Fournier said.

Stay inside, decorate a cake with Marissa Troeschel – KOIN.com