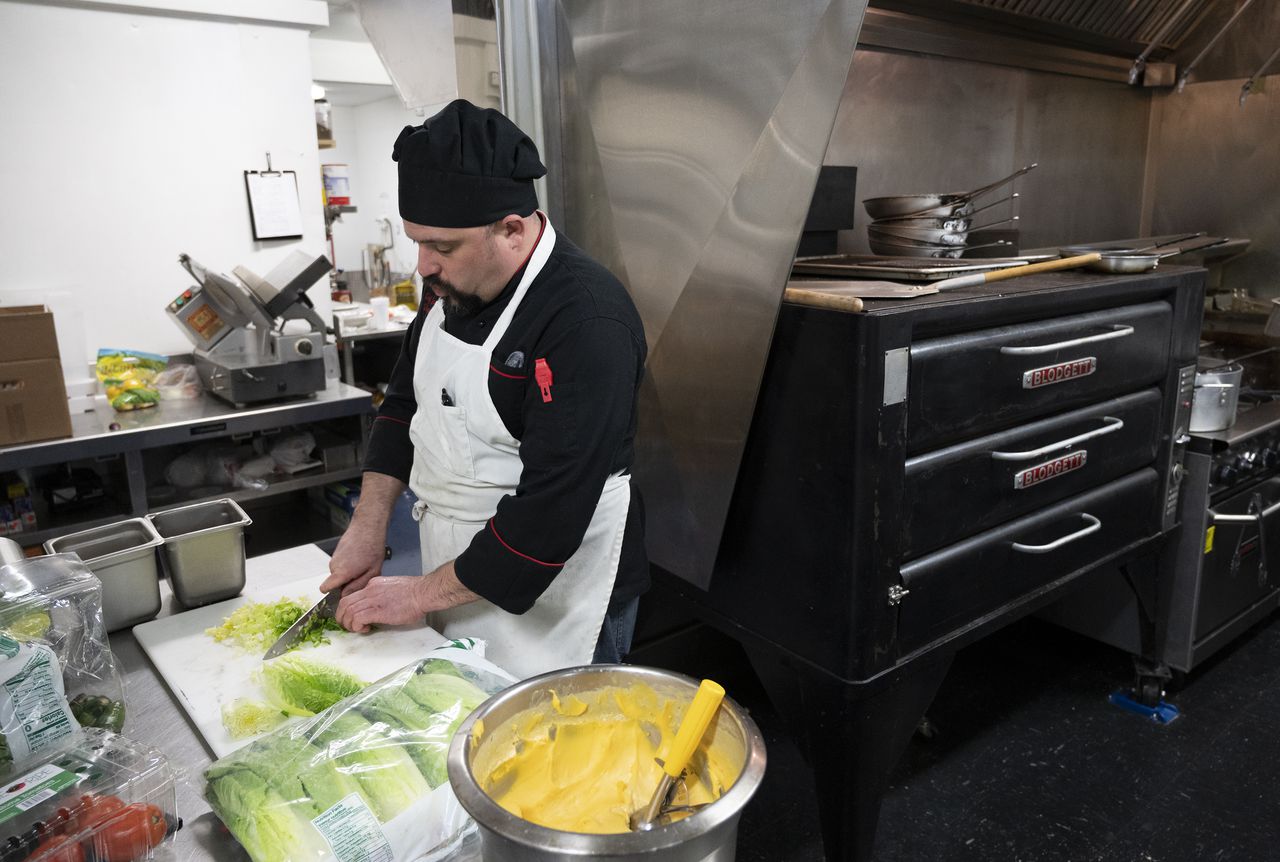 JACKSON, MI — It’s not often you walk into a party store and encounter a trained chef working in the kitchen.

But that is exactly what you have in Jacob Shepard and Cheffun’s Food Factory. Shepard opened the business in the back of Home Town Convenience Store in October after working as a chef at Travis Pointe Country Club in Ann Arbor, and with a catering business. He has lived in Jackson his whole life.

“I call it Cheffun’s Food Factory because I am a chef and I can create anything,” Shepard said. “So I always have weekly specials and sometimes daily specials.”

Shepard has created a “deli, easy friendly menu.” His feature is the Mealzone.

“They are calzones but they are big enough to be a meal,” Shepard said. “They are specialty sandwiches. Basically not so much pizza but more of a sandwich. A big, fresh baked sandwich.”

Shepard found the kitchen space at Home Town after being laid off in the middle of the coronavirus pandemic, The community has reacted positively, he said.

“They are really digging it,” Shepard said.

Shepard creates everything from scratch, including smoking his own meats like pork and chicken wings.

“I think that is what individualizes a place,” Shepard said. “I love all food. I think the care of a chef can be put into all food. I am trying to bring the quality for the price that nobody does.”

Local Eats: Wood-fired pizza is the star at Laughlin’s Slice of Spice in Spring Arbor

Local Eats: JR’s Hometown Grill and Pub in Brooklyn has something for everyone

Local Eats: Warm up with soup and hot drinks at the Oak Tree Lounge in Jackson

Local Eats: Vito’s Espresso in Jackson takes the intimidation out of coffee

Local Eats: Pizza is the focus of C & J Family Pizzeria, but the Unicorn S’More is a sweet surprise

Local Eats: Prime Cuts is much more than a butcher shop

Local Eats: Jackson’s Gilbert Chocolates has been sweet since 1900

Local Eats: Jackson Candy & Fudge Factory is like stepping back in time

Local Eats: The Dirty Bird in downtown Jackson is all about chicken and beer

Local Eats: HotRodz Smokehouse in Concord is all about the meat

Local Eats: Good food, views on tap at The Apron Restaurant and Spirits in Jackson

Local Eats: ‘There is a lot on the line’ with reopening, owner of The Deck Down Under in Jerome says

Local eats: A pandemic, ghosts and 50 years of service, Roadhouse Grill and Bar has stood the test of time