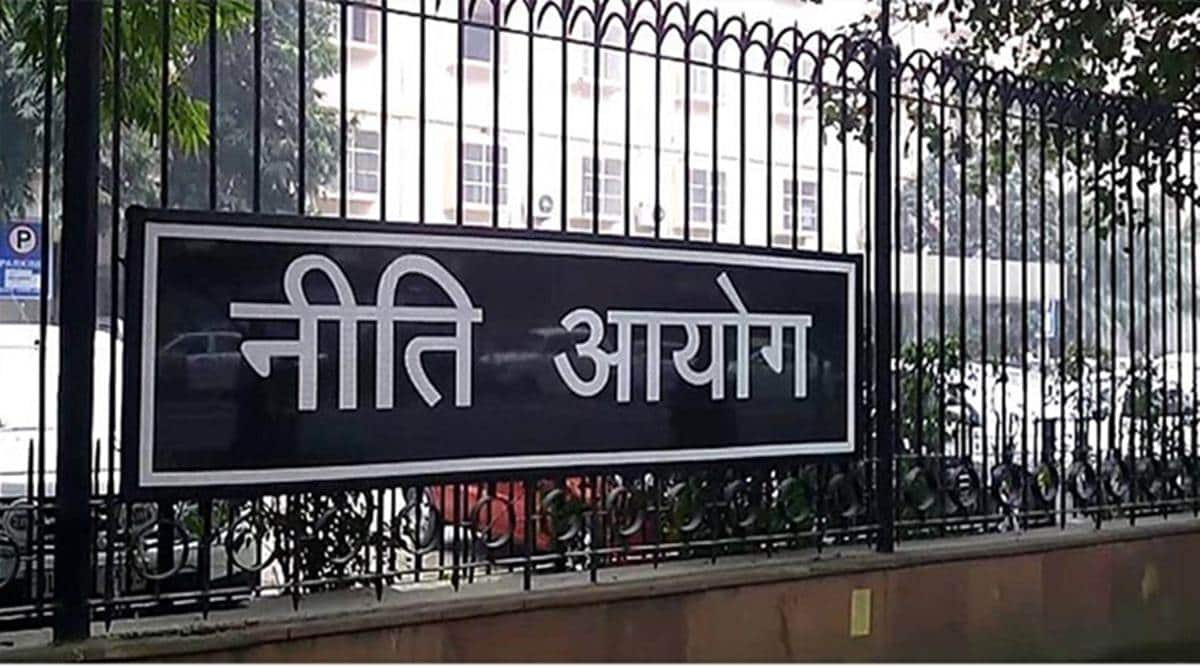 NITI AAYOG, the government think tank, has recommended reducing the rural and urban coverage under the National Food Security Act, 2013, to 60 per cent and 40 per cent, respectively, which it estimates, can result in annual savings of up to Rs 47,229 crore.

Daily briefing | The stories you need to start your day with

According to sources, Niti Aayog’s recommendations are part of a discussion paper circulated to concerned departments. The think tank has also suggested updating the population level which is currently based on Census 2011.

Based on the rural and urban coverage ratio, the erstwhile Planning Commission had determined the state-wise coverage ratio using the National Sample Survey Household Consumption Expenditure coverage under food security law Survey data for 2011-12. The coverage ratio has not been revised since the law came into effect on July 5, 2013.

“Therefore, taking into consideration the past decade growth and development and the scope provided by the Act for reduction and the amount of savings Government can have on part of food subsidy which can further be utilised in other important areas of concern such as health and education, especially in the present pandemic time, it is recommended to reduce the National Rural-Urban Coverage Ratio under NFSA to 60-40 from 75-50 while updating the population level to the present level (based on population estimates),” states the discussion paper.

The paper estimates that if the national rural-urban coverage ratio remains the same (75-50), then updating of population level from Census 2011 to the present level (projected population in 2020) will expand the total number of people covered in the NFSA from existing 81.35 crore to 89.52 crore —an increase of 8.17 crore. However, if it is reduced to 60-40, the number of beneficiaries under the NFSA, will drop to 71.62 crore.

The discussion paper has been prepared after rounds of meetings under the chairmanship of NITI Aayog member Ramesh Chand. These were attended by the Chief Economic Advisor, Food Secretary, Secretary, Ministry of Statistics and Program Implementation, and other senior officials.

In fact, the inter-ministerial meetings and the discussion paper follow a request by the Department of Food and Public Distribution to the Niti Aayog to suggest an alternative methodology for covering beneficiaries under the NFSA, including prospective beneficiaries. The Indian Express tried to reach out to Chand, but he did not respond to calls and text messages.

When asked about the recommendations mentioned in the Niti Aayog’s discussion paper, a Food Ministry official said, “There is no formal proposal as yet. The department does not have powers to change the [NFSA] law. Only parliament can amend the law,” the official said.

Earlier, the Shanta Kumar committee report had recommended reducing the coverage ratio from 67 per cent of population to 40 percent. “HLC (High Level Committee) also recommends to have a relook at the current coverage of 67 per cent of population… HLC’s examination of these issue reveals that 67 per cent coverage of population is on much higher side, and should be brought down to around 40 per cent, which will comfortably cover BPL families and some even above that…,” said the report of the High-level Committee on Reorienting the Role and Restructuring of Food Corporation of India.

Niti Aayog’s suggestions come at a time when the food subsidy bill has touched Rs 4,22,618 crore for 2020-21, according to Revised Estimates for the year.

Observing that food subsidy is becoming “unmanageably large”, the Economic Survey- 2020-21 had recommended a revision of the Central Issue Prices (CIP) of foodgrains released from the central pool, which have remained unchanged for the past several years.

Besides, the discussion paper has also discussed two other scenarios— revision in State/UT-specific coverage ratios, and eligible beneficiary identification. Earlier, The Indian Express had, on November 7, 2020, reported that the government has initiated the process of ascertaining the new State/UT-specific coverage ratios for rural and urban areas under the NFSA, 2013.