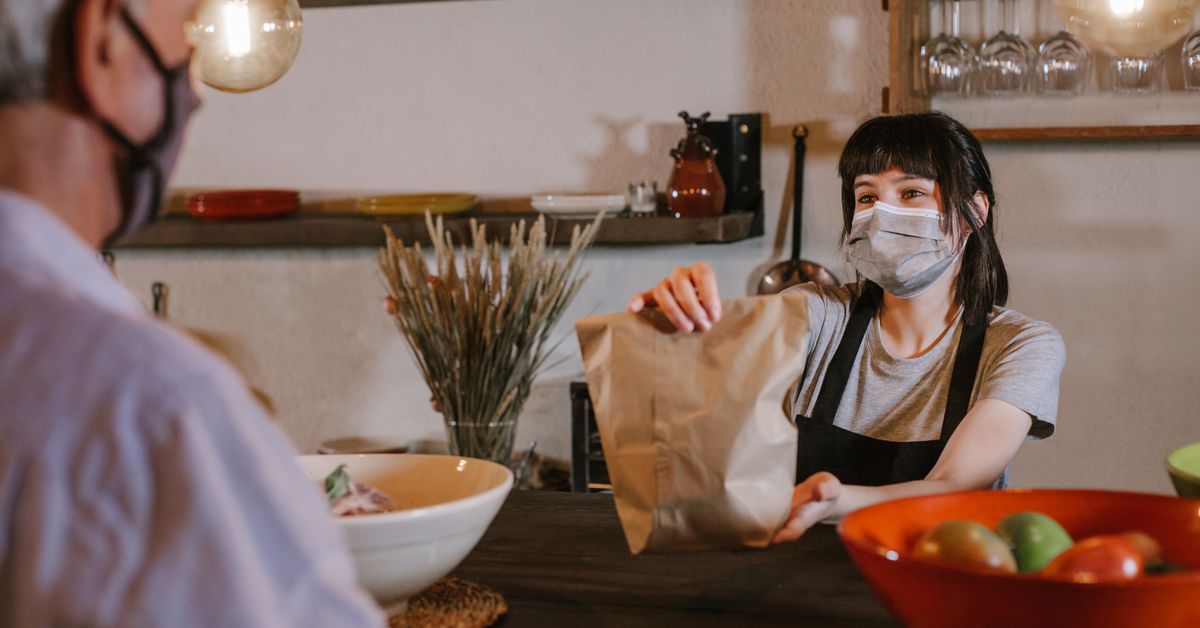 As of today, March 1, restaurants in Massachusetts are fully open. There are still guidelines that must be followed — masks must be worn, tables must be spaced at least six feet apart, parties must not exceed six diners, and so on — but for the first time since the onset of the pandemic, restaurants are free to jam as many people into their dining rooms as the state’s social distancing guidelines will permit.

It’s the third significant restriction Gov. Charlie Baker has lifted for restaurants in the state in the past five weeks. A lot of people have been waiting a long time for this day, which signals a return to some version of normalcy for many. The news would be exciting if it weren’t so monumentally reckless.

Baker, who lifted the state’s stay-at-home advisory and early business closure order that required restaurants to close by 9:30 p.m. in late January, and increased dining room capacities from 25 to 40 percent in early February, attributed the accelerated reopening to encouraging trends in public health data. While it’s true that there’s been a steady decline in COVID-19 cases — the state hasn’t reported more than 2,000 new cases on a single day since February 12 after routinely topping 5,000 new cases per day in December and January — Massachusetts is still just weeks removed from the pandemic’s peak, when its healthcare infrastructure was stretched to its outer limits for a second time in under a year.

Meanwhile, the state’s vaccine program is underway, but the rollout has been fraught at best, and does not currently include restaurant workers, who face a heightened risk for COVID-19 infection, especially with the emergence of new virus variants. Food service workers — including meatpackers, delivery drivers, and grocery workers — have exposed themselves to the risks of COVID-19 for a year because the state classified their work as essential last March, when the pandemic first broke out. Yet they must sit around and hit refresh on the state’s website to figure out when they’ll be eligible for the vaccine. To open dining rooms without capacity limits so soon after emerging from the darkest days of the pandemic, without having made them eligible for the COVID-19 vaccine — and without indicating exactly when they might become eligible — is unconscionable.

There is a sizable and growing body of evidence that suggests that restaurant workers — especially line cooks and servers — are among the most vulnerable to COVID-19 infection. More than 100 restaurants and bars in Massachusetts have violated COVID-19 guidelines, putting their workers at risk — and restaurants in the state are responsible for at least 78 COVID-19 infection clusters among workers. A University of California-San Francisco study showed that relative excess mortality during the pandemic among agriculture and food service workers in that state increased by 39 percent, the most among any workers.

Dining rooms in Massachusetts have been open in one capacity or another for the majority of the pandemic, which means that restaurant workers have been putting their lives at risk for just as long. When COVID-19 infections surged in the Commonwealth through the fall and winter and hit their eventual peak, indoor dining never fully shut down, despite the relative risks.

Those risks are even higher for restaurant workers of color, who have been disproportionately affected by COVID-19. A recent study from the American Journal of Industrial Medicine showed that Hispanic and Latinx food preparation and service workers in Massachusetts died of COVID-19 at a rate eight times higher than white workers between March and July 2020. And COVID-19 cases in the state’s capital are concentrated in communities of color with the highest proportions of essential workers, including cooks and servers.

The Baker administration claims its biggest priority with the vaccine rollout — which is currently in the second part of Phase 2, meaning individuals 65 and older, individuals with two or more comorbidities, first responders, and health care workers, among others, are eligible — is ensuring that there is equity for communities of color.

“Honestly, it seems like business as usual for a city and state that wants restaurants to be be open without really caring how they run, or who runs them,” said a Boston-based restaurant worker Eater spoke with for this story, and who asked to remain anonymous as they struggle to find work in Boston’s decimated restaurant industry.

Five Tips for Getting a Restaurant Up, Running and Positioned for Success – Fast Casual