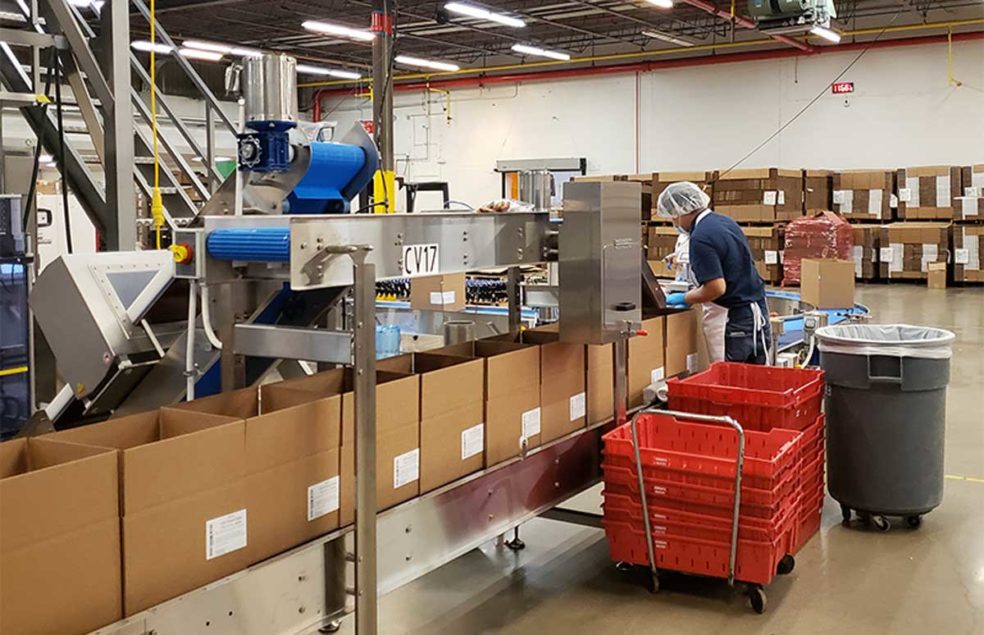 When Crown Bakeries opened its new Nashville, Tenn., plant in December, the state-of-the-art operation ramped up production quickly and even began running almost from the start.

It’s not as if there weren’t any hurdles to overcome for Crown Bakeries, formerly known as The Bakery Cos. until its rebranding that officially begins on March 1 on www.crownbakeries.com.

During initial stages of construction in March 2020, an EF3 tornado that became the sixth costliest in United States history slammed into downtown Nashville and surrounding communities. It just missed the bakery’s property but tied up local resources in the area.

Next, during the permit process, Yianny Caparos, president of Crown Bakeries, recalled that local government offices began to close in response to the coronavirus (COVID-19) pandemic. Here’s where Cordia Harrington, the company’s chief executive officer and a longtime supporter of the Nashville community, relied on her relationships to keep the project moving.

Despite these challenges, the initial dough was processed on Dec. 7, and the first thaw-and-serve croissants shipped to customers just 10 days later.

In the 55˚F makeup room, the 1,600-lb horizontal mixer and chunker from Shaffer, a Bundy Baking Solution, feeds a steady supply of dough of around 60˚F — or cool enough to maintain control throughout the initial stages of the laminating process.

On the equipment side, Mr. Caparos noted that Rademaker worked with Crown Bakeries to align vendors, secure equipment and oversee the project through in-class and on-the-floor training and initial production.

“They took responsibility from flour handling all the way to getting the product into the freezer,” he said.

Throughout the makeup system, sensors automatically control flour dusters to minimize waste. The dusters are tied into the bulk ingredient handling system to ensure they’re filled.

After three-roll extrusion and initial sheeting, the fat pump spreads butter, margarine or a blend of the two from 50-lb blocks onto the sheet, which is folded over and sealed as it passes through a quick reduction station that includes satellite rollers that reduce its thickness by a 10-to-1 ratio.

Depending on the product, the first section of the laminator folds the sheet between four and six times before it travels through another reduction station, a second laminator, a third reduction station and up to an overhead enclosed cooler for 25 minutes. Here, cold air blows under the plastic belt as it takes a single lap through the system to cool and relax the dough sheet before further makeup.

“It’s all about controlling time and temperature from the mixer to freezing of the product,” Mr. Shelley said.

The laminated sheet then goes through yet another reduction station, a cross roller to gently stretch and relax it before entering three gauging systems that each reduce its thickness by a 2-to-1 ratio.

After a brush removes excess flour, the system trims the sides of the sheet to make it even while recycling scrap suitable for use in a future batch of dough. A circular cutter slices the sheet into six even strips that travel along finger conveyors through a rotary cutter. The triangle pieces rotate 180-degrees before receiving a light mist of water and travel through a moulding and curling station.

The dough pieces then head to bending and pinching systems for making the round sandwich croissants. Six variable-speed belts then align the pieces.

A Workhorse robotic panner and depanning system gently provides a steady stream of 5-foot-long pans that hold 72 dough pieces each. The bakery also has a second pan for creating larger croissants for a future customer.

The pieces then enter a CBF Bakery Systems step proofer for up to 90 minutes and then are directed to a Babbco 126-foot direct-gas-fired tunnel oven that bakes three pans across in each row. Mr. Shelley noted that the oven comes with 10 zones to better fine-tune the baking profile of its laminated products.

At the same time, the pans travel to a CBF pan cooler for 10 minutes, which reduces their temperature to about 100˚F. Cooling is critical prior to recycling the pans so that the butter or margarine doesn’t prematurely melt and leak out of the raw dough pieces prior to proofing and baking.

To accommodate packaging, Crown Bakeries built the department on a mezzanine level, which now houses two bulk pack lines with room for a third one that could add more foodservice, clamshell or retail capacity.

From the cooler, croissants travel along Rexfab conveyors through Mettler Toledo metal detection to a diverter that uses sensors to send a steady stream of croissants to the two GHD Hartmann pillow packers.

After second metal detection, a Hartmann system places the 30 packs into trays before an ARPAC system stacks five of the trays and forms a case pack that’s glued. From there, the cases ride down a lowerator to the first floor, then travel along conveyors to a Top Tier palletizing and shrink wrapper before heading to the 4,000-pallet freezer.

How this bakery was built demonstrates how the company has focused on short-term priorities while pursuing its long-term goals.

“Our mission was to stay the course and focus on the safety of employees and our families,” Mr. Caparos said. “We want to be stable and proactive and provide our customers with the products that they need during the pandemic. At the same time, the pandemic did not stop us from looking into the future. We want to make sure we’re not a parked bus and still provide opportunities for our employees and our company to grow through this pandemic.”

In the upcoming year, the business plans to take additional steps to diversify its product portfolio and become a national supplier of specialty baked goods.

“Luckily, we see a light at the end of the tunnel with the vaccines as they’re going to be distributed,” Mr. Caparos observed. “As we’ve added a new category of laminated dough and croissants, several new opportunities have come back to us with people whom we have done business with for more than 20 years, and we’re excited to become new providers to them.”

For Crown Bakeries, the rebranding is a crowning moment, but it’s eyeing many bigger achievements in the years to come.

This article is an excerpt from the February 2021 issue of Baking & Snack. To read the entire feature on Crown Bakeries, click here.

She Built a Baltimore Restaurant Empire, but Still Works the Stove – The New York Times