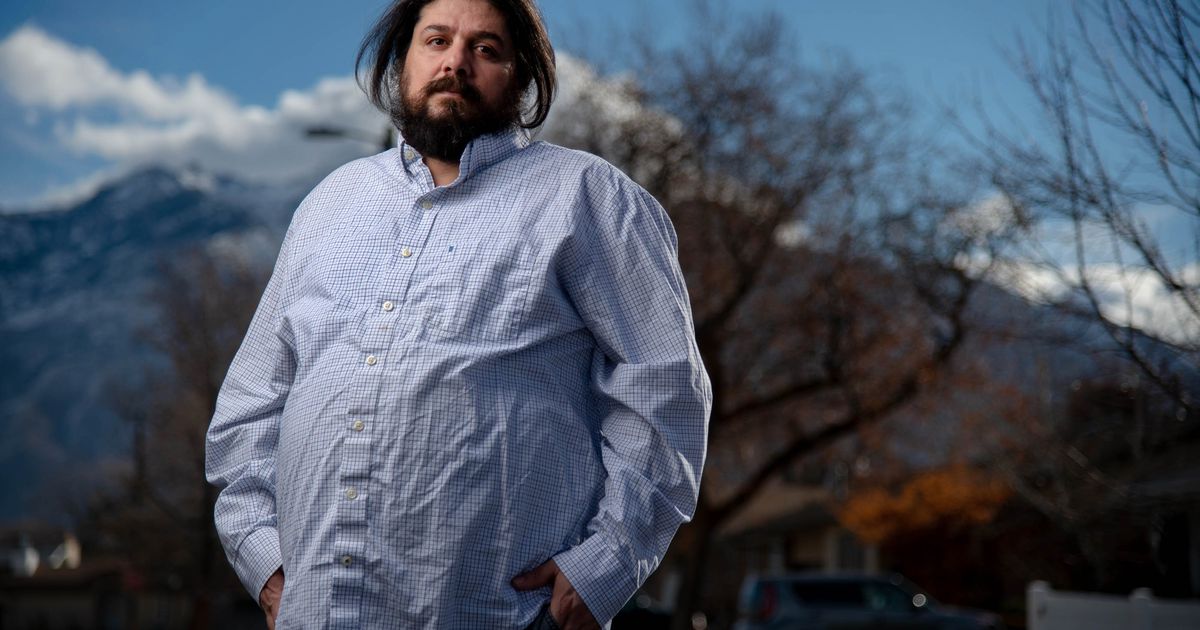 Editor’s note • This story is available to Salt Lake Tribune subscribers only. Thank you for supporting local journalism.

Nour Abdul Bari, a refugee who fled war-torn Syria nearly a decade ago, became a U.S. citizen in October.

Behind the grin, though, Abdul Bari — Chef Nour to his customers — is hurting.

His Middle Eastern catering company was shuttered last March as events and gatherings were canceled to prevent the spread of the coronavirus.

When schools shut down, his wife, Rzan, stayed home to care for their five children — three of whom have physical disabilities that require 24-hour care and put them at a high-risk if they were to get COVID-19. Mohammed, 22, and Ehab, 21, have extreme cases of autism while 8-year-old Maram has muscular dystrophy and is developmentally delayed.

Abdul Bari applied for business loans and grants but did not receive them, he said. And he has looked for other jobs but has been unsuccessful.

“So many people in food services have lost their jobs. They don’t know how to do anything else. It’s a tight situation for us,” he said. “As the head of a family with three special-needs members, we have struggled a lot — not just financially but also mentally.”

Abdul Bari said he’s not looking for a handout — just a way to support his family. “I hope the decision-makers,” he said, “will do something to help both me and many other refugee chefs who are in a similar situation.”

Jabra Ghneim, the head of Global Language Systems, a translation company, has been trying to help the family, whom he met through the Spice Kitchen Incubator.

Ghneim is writing his dissertation on the Salt Lake City program that helps refugees learn how to start a food business. Before the pandemic, he and other professionals would set up private dinners where the budding entrepreneurs — like Abdul Bari — could cook and generate new customers.

“Things were starting to build for Nour,” Ghneim said. “Then, with COVID, he basically can’t do any work.”

The family applied for food stamps, but Wesam’s job at a distribution warehouse affected their eligibility. “He makes barely enough to put gas in his car and pay for school,” Ghneim said, “but it has put the family over the minimum limit.”

Ghneim is unsure how things can get worse for members of the family, who have more than the usual expenses — like a constant need for adult diapers — because of their children’s special needs.

After living in an apartment for several years, Nour and Rzan were able to buy a small Sandy house, which accommodated their kids’ needs better than the apartments they had previously occupied.

“They scraped and saved and worked hard for a down payment,” Ghneim said. “But now they might lose it because he hasn’t been able to find work.”

Before leaving Syria in 2011 — about six months after civil war erupted — Abdul Bari worked as a chef in Damascus. He spent four years in Libya and Egypt before settling in Utah.

When he arrived in the Beehive State, Abdul Bari joined the Spice Kitchen, moving through the program quicker than most, and did well with his menu, which included Syrian foods like shawarma over saffron rice.

(Steve Griffin | Tribune file photo)
Nour Abdul Bari, a Syrian refugee, gets feedback at the Spice Kitchen Incubator in 2016. He is is one of many refugee chefs in Utah struggling during the pandemic.

Many of the Spice Kitchen entrepreneurs have been able to pivot their business by creating to-go meals — for the program’s monthly community food box program. Others have switched to packaged products that can be ordered and sold online.

With this family’s needs, Abdul Bari has been unable to make those kind of changes.

“Nour is emblematic of the challenges facing all our entrepreneurs,” said James Hunter, a program manager with International Rescue Committee, the nonprofit that oversees the Spice Kitchen program.

In 2019, Hunter said, the 45 Spice Kitchen participants brought in gross revenues of $3.2 million. In 2020, with fewer events and market opportunities, the annual receipts plunged to $560,000.

At the same time, the fixed cost the small-business owners paid — like kitchen rental or food truck parking fees — stayed the same.

“Even facing one barrier poses significant challenges for our entrepreneurs,” Hunter said. “Compound that with layers of other issues, and it can be really difficult.”

While many Utah families lost jobs, struggled to pay the bills and took on extra child care duties during COVID-19, the pandemic has proved especially tough for those new to the United States, Ghneim said. They find it difficult to navigate the virus in a new country, with limited English skills and no extended family to help.

Ghneim believes Spice Kitchen has done what it can to help refugee families. But many, like Abdul Bari, fall through the cracks.

“Many of them are in a difficult situation,” he said. “But Nour’s case is extreme. And the system has let them down in every way.”

As Durga Puja nears, Kolkata gears up to ‘eat in’ – The Hindu