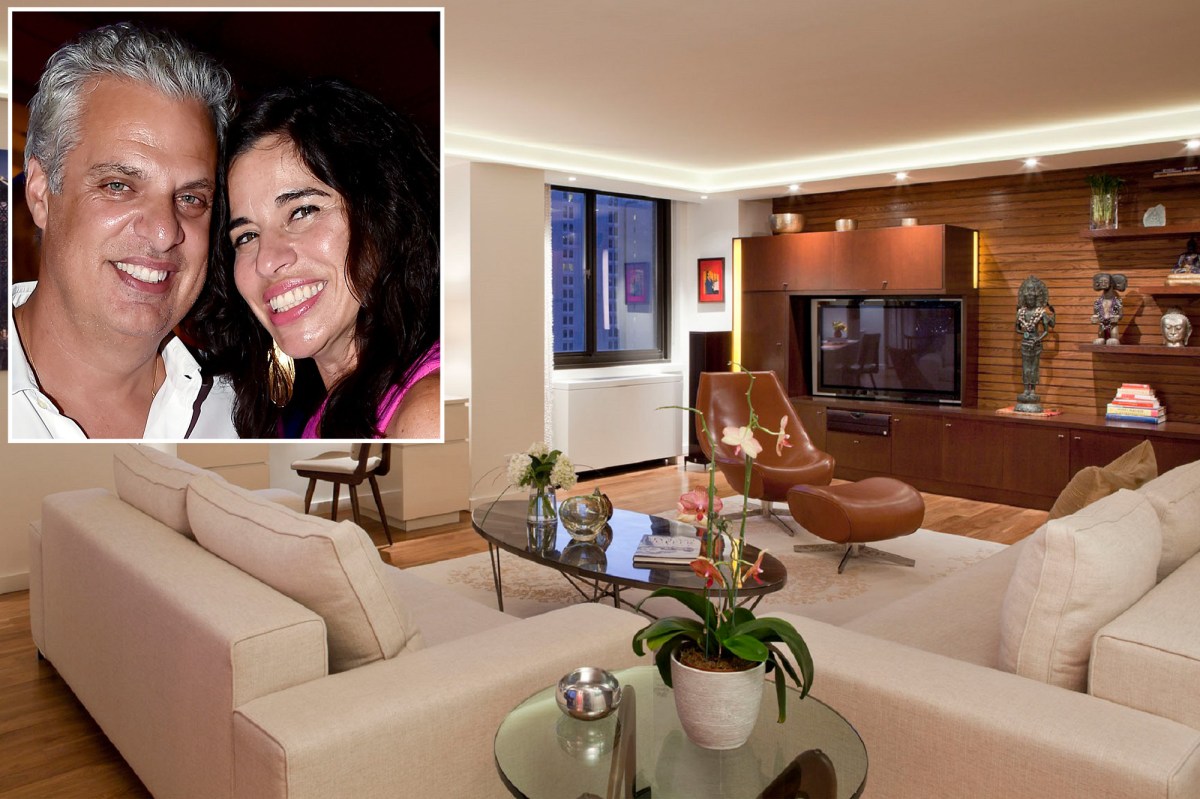 Three-star Michelin chef Eric Ripert and his wife Sandra are dishing their Upper East Side home for $3.49 million — and it comes with a true chef’s kitchen that is formidable!

“Eric designed the open kitchen, and it features an island where everyone gathers and watches while he cooks, especially on holidays like Thanksgiving and Christmas,” Sandra, a broker at Douglas Elliman, tells Gimme.

The three-bedroom, 2½-bathroom unit is plated across 2,311 square feet on the 25th floor of 515 E. 72nd St. It features a wrap corner balcony and East River views.

The third bedroom has been converted into a meditation room, filled with Buddhas, candles, lucky bamboo and a picture of the Dalai Lama.

“It’s very meaningful for Eric,” Sandra said. “We have one in the Hamptons as well.”

There’s also a light-filled open living/dining room where the couple has held glam dinner parties over the years, and lots of custom storage.

The Riperts bought the residence for $2.85 million in 2010, according to records.

“It was a great place to raise our son, who went to the French Lycée,” Sandra said. “He’s now off to college, and we’re looking for a change.”

The Riperts will stay in the city — and within walking distance of Eric’s famed Midtown restaurant, Le Bernardin — which is slated to reopen on March 17.

“Eric likes to walk to work. It’s his only exercise,” Sandra quipped.

Building amenities include an Olympic-size pool and a basketball court, along with a “yoga sanctuary and outdoor lounge,” a gym, spa and a rock-climbing wall.