Eleven Madison Park will be a fundamentally changed restaurant when it reopens next month—it’s going vegan.

CEO and chef Daniel Humm announced that when the former World’s No. 1 restaurant resumes service on June 10 following a 15-month closure it’ll do so without any meat- or seafood-based items on its menu, according to a note posted on its website on Monday. The radical decision makes it the only restaurant with three Michelin stars in the world to have completely cut animal products from its menu.

However, it’s not the first fine dining establishment to embrace vegetarian cooking. In 2001, world-renowned chef Alain Passard made his Parisian restaurant Arpege meat-free, surprising the culinary (he has since reintroduced some meat on the menu). More than a decade ago, chef Jeremy Fox left Manresa to open Ubuntu in Napa, which became the world’s first vegetarian Michelin-starred restaurant. Earlier this year, Claire Vallee’s restaurant outside Bordeaux, Ares, became the first Michelin-starred vegan restaurant. And, of course, not far from EMP in New York, Amanda Cohen has been serving plant-based tasting menus for years at Dirt Candy.

Over the last year, Eleven Madison Park has been forced to close its doors and lay off most of its staff because of the coronavirus pandemic. During that time, it became increasingly clear to the Swiss-born chef and the rest of his team, that if it was going to reopen it would have to do so as a completely different restaurant. And after much contemplation, Humm, who has naturally gravitated away from meat in his personal diet, decided it was time to shift to a completely plant-based menu, in part because the “current food system is simply not sustainable.” 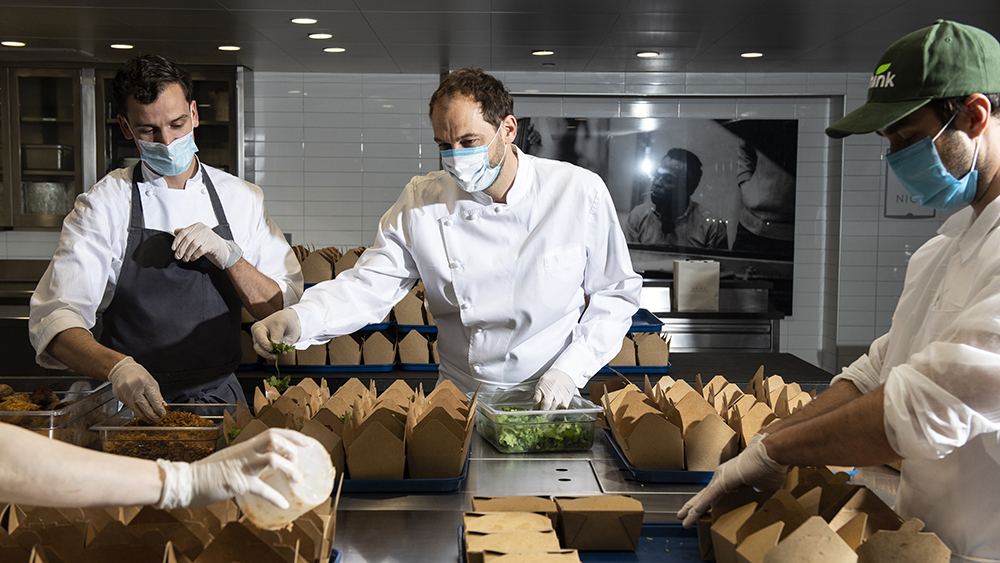 That means that some of the restaurants most famous dishes, like lavender honey glazed duck and butter poached lobster, won’t be anywhere to be found on its menu come June. Humm, though, told NPR early Monday morning that he and his team have dedicated themselves to crafting a menu that even the most passionate meat eaters will be “blown away by.” Despite this confidence, he knows that the move still carries risk.

“I’m not going to lie, at times I’m up in the middle of the night, thinking about the risk we’re taking abandoning dishes that once defined us,” Humm wrote in his note. “We are obsessed with making the most flavorful vegetable broths and stocks. Our days are consumed by developing fully plant-based milks, butters and creams. We are exploring fermentation, and understand that time is one of the most precious ingredients. What at first felt limiting began to feel freeing, and we are only scratching the surface.”

The shift to an entirely plant-based menu (though milk will still be available for coffee and tea), isn’t the only change the restaurant is undergoing. While its doors have been closed, the eatery’s remaining staff has helped prepare close to a million meals for frontline workers and food insecure families in the New York-area. Humm writes that the restaurant has adjusted its business model so that this work can continue. And on June 10, the restaurant’s first day back in business, every dinner bought by one of its customers, will help provide meals for five at-risk New Yorkers, which will be delivered by the restaurant’s food truck.

Yum Yum Crumbs Is a Bakery Built on Deconstruction – qcnerve.com