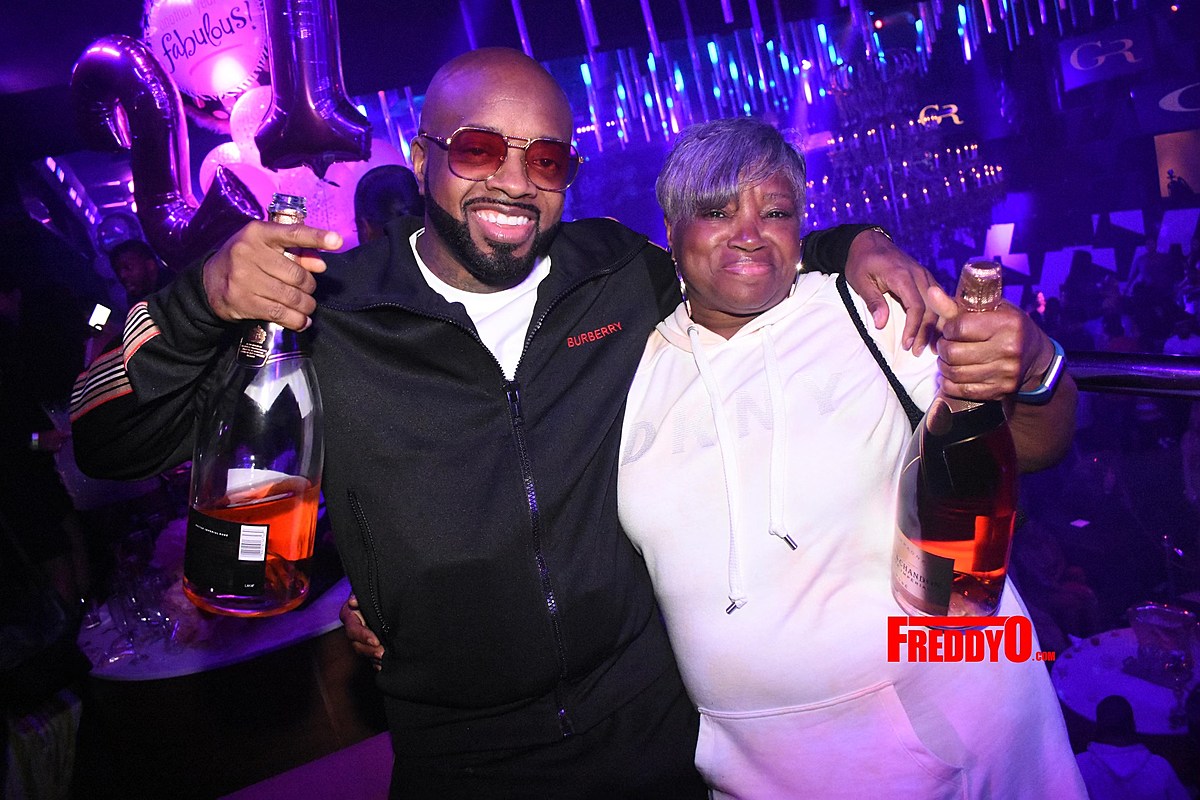 Like a lot of other moms, Tina Mauldin spent many days during COVID-19 getting creative in the kitchen, thinking of new ways to cook up dishes to satisfy the tastes of loved ones used to dining out, and eating a variety of food. Except in this case, her loved one is Jermaine Dupri, the superstar music producer, Hall-of-Fame songwriter, and hip-hop hit-maker. Dupri has been a vegan for 15 years and since he doesn’t cook, the task of turning Southern classics into delicious vegan dishes fell to Tina during the months when most restaurants were closed.

Dupri is also an advocate for the plant-based lifestyle, and The Beet’s Creative Advisor. This Mother’s Day, we spoke to Tina Mauldin, who herself is “mostly” vegan, about her favorite recipes, how she remakes Southern Food, and an easy way to elevate vegan mac and cheese into a vegan favorite. She also revealed why she won’t eat soy: “It makes me gain weight!”

Tina prepared meals that were both simple and delicious, and other than the occasional take-out from a local vegan Chinese restaurant that she and Jermaine both love, the only kitchen that was open for the better part of a year was hers.

She recalls one evening when she thought she was cooking for herself, making a creative mix of mac and cheese with Beyond Meat as a mix-in, and when Jermaine walked into the house he declared he wasn’t hungry. But when she went back into the kitchen to see about another serving, “it was gone!” she told The Beet. Her son had decided it smelled too good to pass up.

Tina shared this easy recipe with us (though many of her family recipes like vegan zucchini banana bread are still in the vault), and said that she still loves to makeover crowd-pleasing Southern classics with a twist: Grits with vegan butter and coconut or almond milk; vegetable omelets with JUST egg and vegan cheese (either Follow Your Heart or Daya). “I realize that vegan cheese doesn’t melt the way you’d expect,” she notes, so you have to account for that in the cooking.

In this interview with The Beet, we learned a lot about what it means to have a vegan beloved son or daughter or other loved one in the house who is eating plant-based, and how it’s easier to join them in eating delicious vegan dinners than make two options. If you enjoy healthy or traditional Southern food, it’s easy to make simple adjustments and substitutions with Beyond or Impossible meat that will help everyone love the meal, Tina explains. She learned to love cooking vegan food and eating it herself, although she won’t eat soy since it makes her gain weight. She figured this out with the help of a nutritionist, who told her to switch to Silk Soy Milk, which she quickly stopped drinking when it didn’t work for her.

Tina gets The Beet’s Mom of the Year Award for getting creative with Southern vegan food in the kitchen for most of the past year. She shares her recipe for mac and cheese with meatless crumbles so good Jermaine couldn’t resist it, and you won’t either.

Read this and know that The Beet wishes all the Mothers out there a very Happy Mother’s Day! Whether you’re cooking yourself, or being served a lovely vegan brunch or dinner, we love you and appreciate you– and all that you do for those around you. Stay healthy, and let us know your favorite plant-based dishes! Here’s our favorite banana bread!

Meals so good, non-vegans love them too

The Beet: When you cook, we’re guessing non-vegans love what you make! True?

Tina M: Yes. I cook meals that are so appealing that when people come to the house and want to eat these dishes, even if they are not vegan–they want to try them. And if I don’t tell the people it’s vegan, they wouldn’t know it. They come into the house and I’ll be cooking and they say, “That smells good and they say can I taste it?” And then they’ll ask me if it’s vegan, and sometimes, when I tell them yes, then they don’t want to taste it.

Some people, when you tell them it’s vegan and they don’t want it. So sometimes I just don’t say anything and when they taste it, they tell me it’s delicious! I make a zucchini banana bread and people wouldn’t know it was vegan.

The Beet: Did you always know about health? What was the issue with soy?

Tina: I worked in a medical lab when Jermaine was young. So I knew a lot about health. And Jermaine had also grown up understanding the connection between health and nutrition. I was told I had high blood pressure, so when he switched his diet, I learned to get more into plant-based eating, and my symptoms got better. I had been told it was hereditary,

Now, if I stay active it stays where it is supposed to be.  It still goes up and down, but when I eat right and exercise I am able to keep my blood pressure from popping back up.

When Jermaine went vegan 15 years ago, I tried it too but soon I realized that for me, soy was not agreeing with me. I went to see a nutritionist who was helping me treat my hypertension and she suggested Silk Soy Milk but after a few weeks, my weight started to creep up in the wrong direction. She said: “You’ve been eating,” and I said, no I have not! But in fact, it was the soy, and the minute I got off of it, and cut it out almost all soy completely, my weight came down again. I still eat a few Fig Newtons, but only about 3 a year.  They have soy in them, but I figure a little bit is probably fine.

The Beet: What are Jermaine’s favorite vegan dishes that you make?

Tina: I make all kinds of vegan meals, and while Jermain loves all of it, he has a special soft spot for my Vegan Chicken Salad, which I make with celery, scallions, vegan mayo, and the chicken substitute from Gardein. I cut the chicken pieces into strips, batter them and fry them up, and he likes nothing more than a vegan chicken sandwich. He loves spaghetti with vegan meat sauce, and I make walnuts with maple syrup… he likes everything I cook!

Over the past year, we ate almost every meal in, but there are exceptions to the cooking nights when we would order-in vegan Chinese food from our local vegan place, which is delicious and smells amazing. Jermaine told me I need to be careful because the dish he was eating had tofu and I took a few bites, but it was so amazing it was hard not to.”

The Beet: Please share this amazing mac and cheese recipe with Beyond Meat!

Tina: Well I wanted to try it because that’s what Jermaine loved. I had some Annie’s Mac and Cheese, and we had Beyond Meat and I put the two together. and he came in and asked what are you eating? And I said, are you hungry? And he said no. And then I came back into the kitchen and it was gone! It’s so simple but delicious!

Tina Mauldin’s Vegan Macaroni and Vegan Hamburger With Beyond Meat

For the 7 Best Boxed Vegan Mac and Cheeses, check out The Beet’s reviews and add your favorite. Enjoy!