Nivedtha posted an Instagram story about the packed food she had received, and also uploaded Swiggy’s response.

Actor Nivetha Pethuraj on June 24 shared an Instagram story about finding a cockroach in the food that she had ordered from Moonlight Takeaway, a restaurant in Chennai. Tagging Swiggy, the delivery partner with whom she had ordered the food, Nivetha requested for stricter protocols when it came to ensuring hygiene in food. “I have no idea what standards Swiggy India and the restaurants now a days are maintaining. I found cockroach twice lately in my food (sic),” she wrote in a post. Sharing a photograph of the cockroach inside a packed food box, Nivetha added, “It’s very vital to inspect these restaurants on a regular basis and fine them heavily if not upto standards (sic).”

The actor, whose last Tamil film was Sangathamizhan with Vijay Sethupathi, also shared screenshots of messages she received from many people following her story.

“And from the messages I’m receiving, this is apparently not the first time the restaurant added cockroach to their food. How can the restaurant be so reckless? Requesting Swiggy India to remove this restaurant from the app (sic),” she further wrote and added that in such cases, the FSSAI should cancel the license of defaulting restaurants.

A few hours later, she tweeted a message she had received from Swiggy India following her complaint on social media. Swiggy has said that the restaurant has been “off-boarded” from their platform and that they will be added back only after a thorough quality audit. 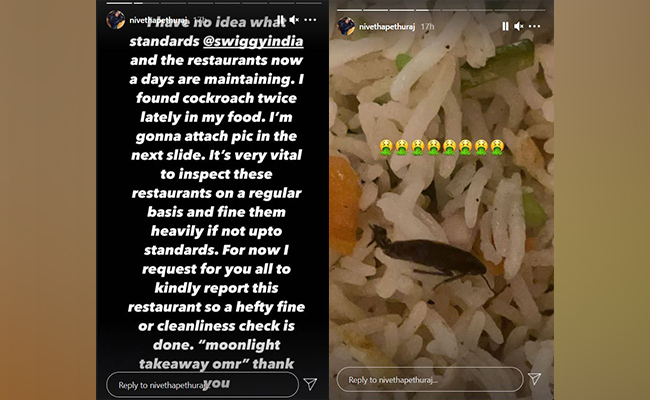 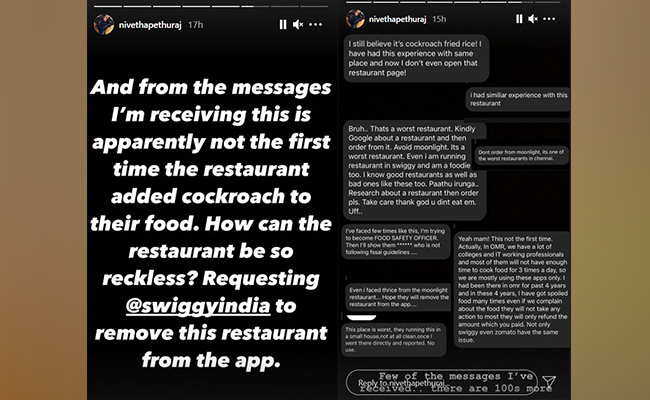 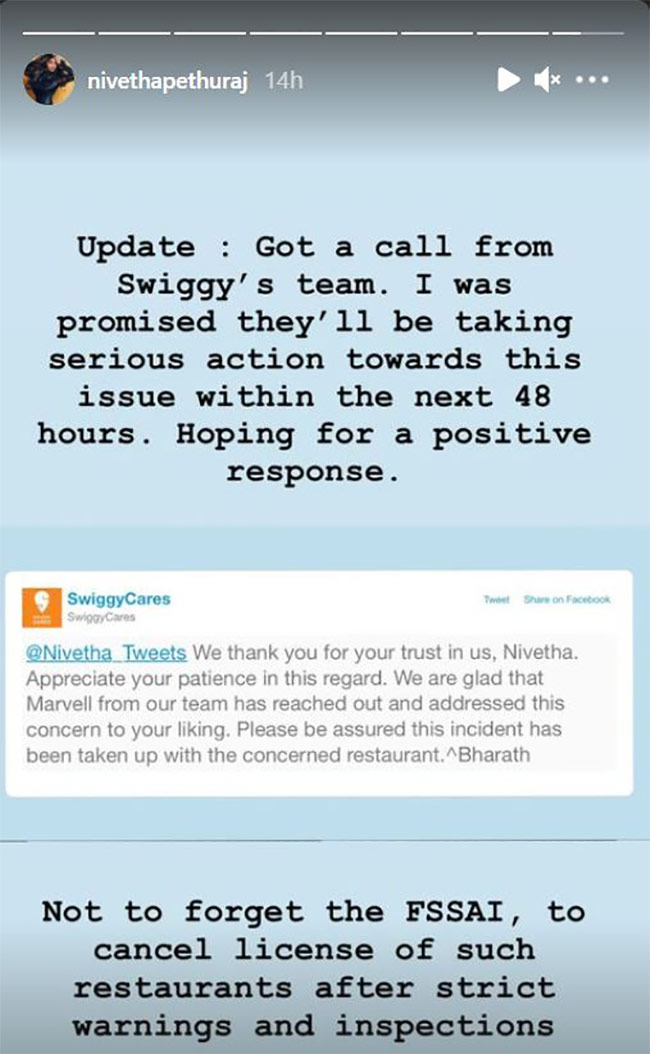 As per the message, “Firstly and as discussed on the call, the outlet has been off-boarded from our platform with immediate effect. Secondly, we have arranged for a private audit check to be carried out on the outlet. I wish to inform you that post the first quality audit, the outlet will be allowed to prove themselves once again but this shall be followed up by another quality audit check subsequently and if the outlet should fail this audit, they shall be taken off.”

Nivetha, who made her debut in Tamil with Oru Naal Koothu in 2016, is currently part of projects such as Virata Parvam (Telugu), Paagal (Telugu), Pon Manickavel (Tamil) and Party (Tamil).

Man with rifle arrested after barricading himself in LoDo restaurant – 9News.com KUSA